Should Animal Welfare Regulations Be More Restrictive? A Case Study in Eight European Union Countries
Next Article in Special Issue

Hemp seeds are rich in polyunsaturated fatty acids as well as other bioactive compounds. Using dietary hemp seeds as late gestation and lactation supplementation for sows and early life supplementation for piglets, we found that the indicators of oxidative status were improved in both sows and offspring. Besides the significant improvement in the antioxidant defense system of the sows, our assessment of dietary intervention resulted in an array of increased antioxidative status markers for their progeny. In addition, this could be translated into increased adaptability to the upcoming weaning stage. 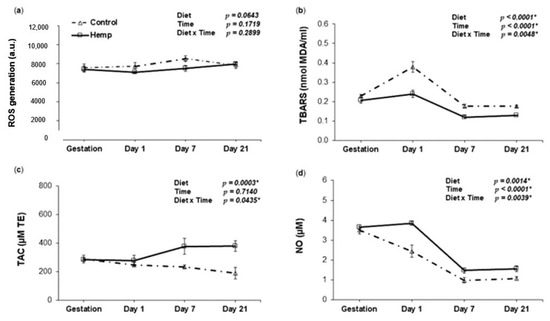