Genetic Selection for Thermotolerance in Ruminants
Previous Article in Journal

The Influence of Food Density, Flock Size, and Disturbance on the Functional Response of Bewick’s Swans (Cygnus columbianus bewickii) in Wintering Habitats

Review
Quality of Adherence to the ARRIVE Guidelines in the Material and Methods Section in Studies Where Swine Were Used as Surgical Biomodels: A Systematic Review (2013–2018)
by

Through a systematic review of reports where swine were used as animal biomodels for testing or researching new surgical techniques, we sought to determine the quality of the report of the methodologies carried out on the basis of the ARRIVE guidelines (Animal Research: Reporting of In Vivo Experiments) in a total of 108 studies from 2013 to 2018. In a large percentage of the articles, the information presented in the methodology of the studies showed incomplete data according to the ARRIVE guidelines recommendations for reporting the use of animals. There was a strong focus on descriptions of surgical techniques; however, sample size calculation, description of maintenance conditions, animal handling, and anesthetic and pain management protocols used were not very detailed. This could lead to the inability of others to replicate the described experiments. For this reason, we encourage authors to implement the ARRIVE guidelines to improve the quality of scientific reports and ensure animal welfare.

Over the last two decades, pigs have become animal biomodels widely used for the investigation and practice of surgical techniques because of their great physiological and anatomical similarities to humans. Even though many of these studies must be carried out later in humans, the description of basic information is limited, making exact repetitions of the reported experimental methods impossible. In this review, 108 studies from 2013 to 2018 were considered to determine the quality of adherence to the ARRIVE guidelines in the reports of the methodologies. The majority of the studies lacked the details recommended in the ARRIVE guidelines regarding data directly related to the welfare of animals undergoing surgery and those about anesthetic protocols and analgesics. Information related to sample size calculation and housing and husbandry conditions was also very limited. We believe that the ARRIVE guidelines are an excellent tool for good-quality reporting. We encourage scientists to consistently use them as a tool to improve the quality of their scientific reports and, consequently, ensure animal welfare.
Keywords:
pigs; ARRIVE guidelines; surgery; analgesia; anesthesia

Swine have become popular animal models for preclinical trials for medical research because of their size and anatomical and physiological similarity to humans. For this reason, these animals are widely used for research on physiopathology and new surgical techniques. Over the last 20 years, swine have replaced dogs as the general surgical model for both training and research [1].
A scientific and moral argument is that if pigs are used to ‘model’ human beings undergoing surgery, then they should receive the equivalent standards of perioperative care humans would; however, most bioscience journals provide little or no guidance on what information to report when describing animal research, and many details are omitted [2]. Unfortunately, this might be a contributing reason why researchers have been increasingly unable to replicate the positive results from animal studies in the clinical trials that have followed [3]. Ideally, scientific publications should present enough information to allow a knowledgeable reader to understand what, why, and how experiments were done and to assess the reliability and validity of findings [4]. Omitting essential information might lead to scientific and ethical concerns and does not facilitate the reproducibility of the experimental conditions [5].
The National Centre for the Replacement, Refinement and Reduction of Animals in Research (NC3Rs), a UK government-sponsored scientific organization, has led an initiative to produce guidelines for reporting animal research. In 2010, the Animal Research: Reporting of In Vivo Experiments (ARRIVE) guidelines were published [5] to address the growing concerns with poor experimental design and lack of transparent reporting of in vivo experiments in published literature. These guidelines consist of a checklist of 20 categories that provide all the information that researchers should include in scientific publications using animals [6].
Recent publications focused on the quality of reporting revealed very little improvement in reporting standards since the guidelines were introduced [7,8]. Research with pigs has also presented minimum information published on topics about perioperative care (anesthetic protocols and pain alleviation) [2]. Bradbury et al. (2016) found that reporting postoperative pain management in studies was remarkably low, reflecting either under-reporting or under-use of analgesics. For this reason, a systematic review was performed to evaluate the quality of reports on research in surgeries where swine were used as biomodels. We decided to analyze only the materials and methods section of each article, with a special emphasis on anesthetic and analgesic procedures, because this section describes the procedures that have a direct impact on animal welfare.

A literature review was performed of articles that were published from January 2013 to December 2018. An internet search was performed using PubMed, Google Scholar, Scopus, and Science Direct as electronic databases. The keywords used were: Swine OR Pig OR Minipig AND Surgery.

Articles included had these characteristics:
Review articles, commentaries, or communications were excluded. Studies without in vivo experiments were also excluded.

We used the ARRIVE guidelines to analyze the articles, focusing on the “Material and Methods” section to evaluate the degree of compliance of publications with these guidelines.
We established a score based on 3 levels for the evaluation of the categories of the guidelines. They were defined as follows: Score 0: not mentioned, total absence of any type of information, Score 1: unclear/not complete, items not mentioned completely in the category assess, Score 2: adequate/clear, complete information for all items corresponding to the category evaluated.

Data were extracted from the articles and presented into tables, and the information of each ARRIVE’s category, subcategory, and evaluated item was calculated and expressed as percentage.
Forty-three subcategories or items were evaluated as the levels of greater detail indicated for the ARRIVE guidelines. The frequency for each year was calculated and expressed in percentage according to the maximum and minimum percentage presented for each subcategory or item.

From a total of 2775 articles, 145 articles were eligible by the analyses of the title and abstract. After this, a complete review of each article was done, and 37 articles were excluded for the following reasons: surgical procedures not included in the aforementioned list (n = 18), surgical procedures just cited without description (n = 6), procedures performed on dead animals (n = 6), non-original articles (n = 4), surgical procedures were not performed (n = 3) (Figure 1). Finally, a total of 108 publications (Supplementary Information S1) in 81 different journals fulfilled the inclusion criteria required for this systematic review. PRISMA guidelines [9] were used to design this search strategy (Figure 1).

3.2. Information Analyzed in Each Article

In general, the studies included some information related to the methodology used with the animals. However, most of the literature lacked quality on the basis of the ARRIVE guidelines, even though 27 of the journals consulted encouraged other publishers to use the ARRIVE guidelines. All categories of reporting information in all articles were unclear or incomplete, except the category of experimental outcomes, for which most of the journals gave very little or no information (Table 1).
Of all articles analyzed, those published in 2014 and 2015 provided more information in the “Material and Methods” section (42% and 35%, respectively, of the 43 subcategories/items presented maximum mean of report for the years considered). Articles published in 2013, 2016, and 2018 presented less information (around 30% of the 43 subcategories/items presented minimum mean of report for the years considered) (Table 2).
The most reported subcategories/items were the following: surgical procedure (100%), total number of animals used (94%), and approval by an ethical committee (92%). Several subcategories/items were not mentioned in all articles (e.g., time of the day, 0%) or little mentioned (e.g., choice of a specific anesthetic, route, and dose, 1%; bedding material, 3%; environmental enrichment, 3%; an explanation of how the number of animals was determined, 3%) (Table 2).

Most reported surgical procedures in the articles were laparotomies, orthopedic surgeries, and thoracotomies (Table 3).

Our review reveals poor reporting in studies of surgical procedures in swine, which has worsened over the years, especially for data directly related to the welfare of animals undergoing surgery, such those regarding anesthetic protocols and analgesics. We believe that the ARRIVE guidelines are an excellent tool to achieve high-quality reports. However, their underutilization may be due to a lack of commitment on the part of many authors to use this guide and to the fact that many journals do not require that this guide be followed, especially by those whose main objective is not animal welfare. Increasing the methodology details can lead to increased article length, and many journals have a maximum word limit. However, details can be added as Supplementary Materials [17]. We encourage authors and journals to make use of this guide to improve the quality of scientific reporting and, consequently, ensure animal welfare.

We thank the anonymous reviewers for their thoughtful comments that improved the manuscript. We would like to thank Alejandra Alemán for English language review.

The authors declare no potential conflicts of interest with respect to the research, authorship, and/or publication of this article. 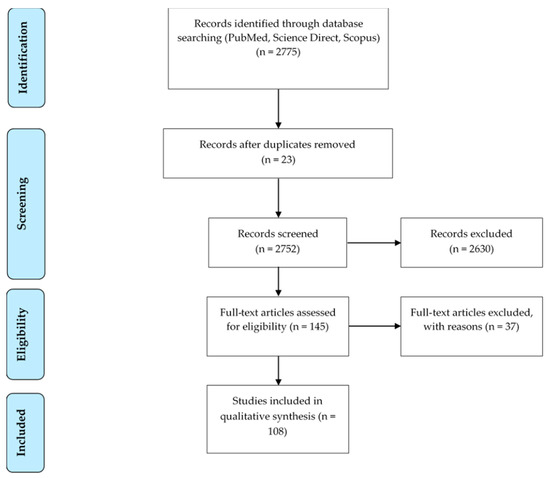 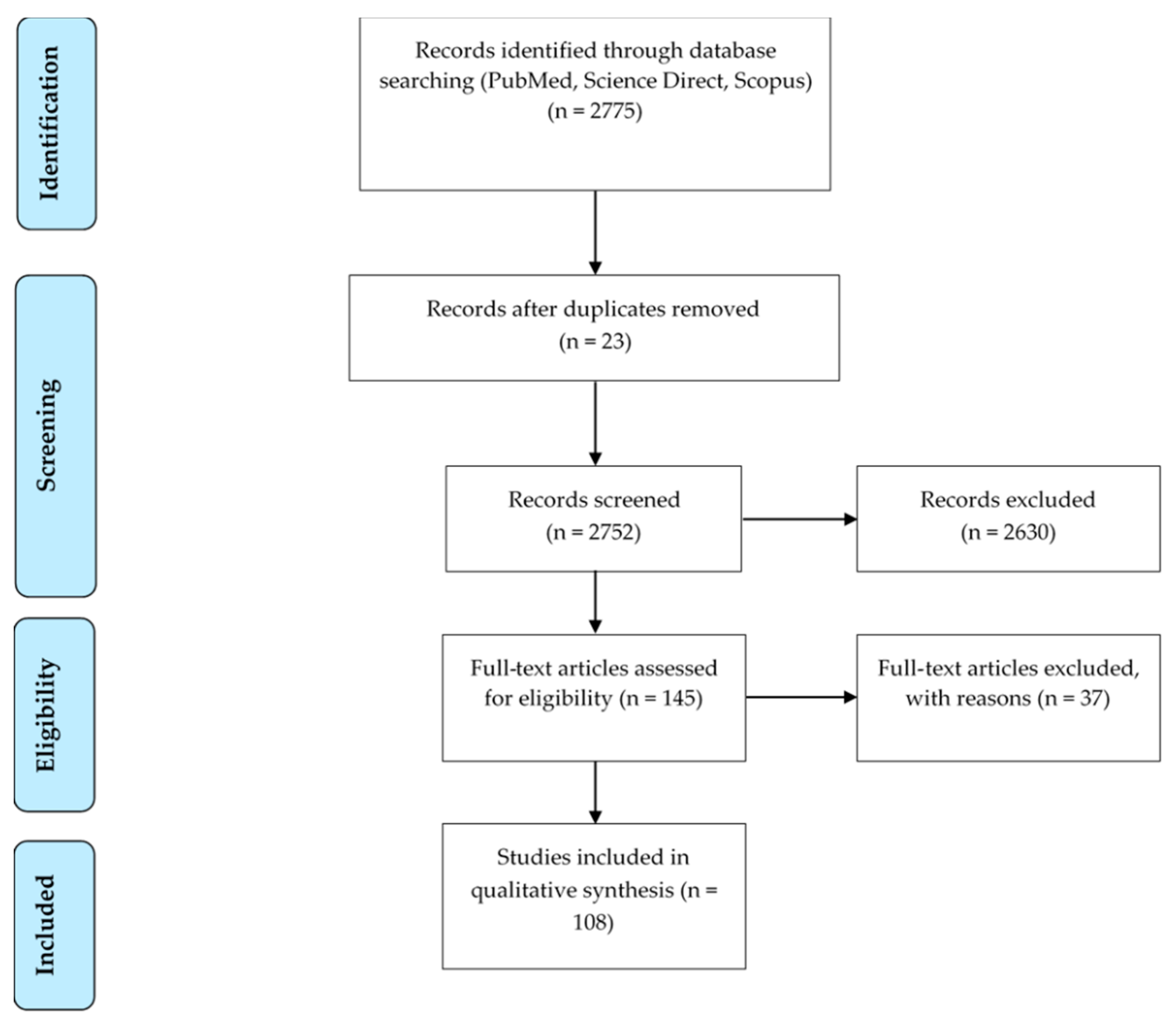 Table 3. Surgeries reported in the reviewed articles.
Table 3. Surgeries reported in the reviewed articles.
n: number of journals.
© 2019 by the authors. Licensee MDPI, Basel, Switzerland. This article is an open access article distributed under the terms and conditions of the Creative Commons Attribution (CC BY) license (http://creativecommons.org/licenses/by/4.0/).
We use cookies on our website to ensure you get the best experience. Read more about our cookies here.
Accept
We have just recently launched a new version of our website. Help us to further improve by taking part in this short 5 minute survey here. here.
Never show this again