A Cultural Conscience for Conservation
Previous Article in Journal

We investigated nursing behavior on the Hawaiian breeding grounds for first year humpback whale (Megaptera novaeangliae) calves. We observed and video-documented underwater events with nursing behavior from five different whale groups. The observed nursing events include behaviors where a calf positions itself at a 30–45° angle to the midline of the mother’s body, with its mouth touching her mammary slit (i.e., suckling position). On two occasions, milk in the water column was recorded in close proximity to a mother/calf pair, and on one occasion, milk was recorded 2.5 min after suckling observed. Nursing events, where the calf was located in the suckling position, were found to be short in duration with a mean of 30.6 s (range 15.0–55.0, standard deviation (SD) = 16.9). All observations of the calf in the suckling position (n = 5, 100%) were with the calf located on the right side of the mother, suggesting a potential for right side laterality preference in the context of nursing behavior. Our study provides insight into mother/calf behaviors from a unique underwater vantage. Results supplement previous accounts of humpback whale nursing in Hawaiian waters, validate mother/calf positioning, document milk in the water column, and introduce the potential for laterality in nursing behavior for humpback whale calves.
Keywords: humpback whales; Megaptera novaeangliae; calf; nursing; behavior; suckling; laterality humpback whales; Megaptera novaeangliae; calf; nursing; behavior; suckling; laterality

We conducted underwater observation and acoustic recording studies of humpback whales on wintering grounds mainly in waters off southwest Maui, Hawaii, in most years from 2001–2015 from a small (7 m) rigid twin hull catamaran motorboat. Data were gathered by 1–3 snorkeling free-divers. Free-divers used video camera assemblies in custom underwater housing consisting of digital Panasonic video cameras (PV-GS200 with a digital high definition 0.45× wide angle lens with macro, and a PV-GS300 with a digital high definition 0.5× wide angle lens with macro). Hydrophones systems were a combination of a single omnidirectional hydrophone (Cetacean Research Technology SQ26-06 hydrophone custom mounted and cabled to 1 m below the camera) and a custom designed (Adam Frankel, Cornell Lab of Bioacoustics) two-element hydrophone array with two HTI MIN-96 hydrophones mounted 1.5 m apart on a bar perpendicular to the optical axis of the camera. Standardized methods for in-water sampling were followed from previously published humpback whale studies [5,24,25,26,27,28].
Surface observation notes were taken of all surface and underwater focal bouts and photographs were taken with a Canon 10D digital camera and 300 mm lens by 1–2 vessel-based observers. Focal sessions focused primarily on any groups with a mother and calf to assess under- and above-water behaviors, group associations, laterality, and underwater vocalizations using sampling methods described in detail in Zoidis et al., 2008 [26] and Zoidis et al., 2014 [27]. Prior to initiating a focal session, baseline observations were made to examine if behavioral states differed before and after free-divers entered the water. Nursing and milk observations along with other behaviors of interest were documented in real time when free-divers returned to the vessel after each underwater bout. Underwater video of all focal sessions was reviewed post-hoc, and behaviors were transcribed, including individual group behavior states, movement of the calf relative to the resting mother, surfacing intervals, and calf activities such as play, rest, approach, etc. Duration (in seconds), frequency, and position of the calf relative to the mother were recorded for each observed nursing event from video, photographs, and written and audio notes collected in the field. Same year mother calf pairs were uniquely identified by consistent markings on either animal, particularly from fluke, dorsal fin, or body markings of the mother confirmed by photographs and video documentation.
Group composition is defined as mother/calf or mother/calf/escort (or more than one escort) where an escort is an accompanying adult whale in a discreet spatial association to the mother/calf pair and also showing synchrony of movement [5]. Calves were identified based on size, typically ranging from 1/4 to 1/2 of the length of the proximate adult (presumed mother) in closest association [5,29]. Where possible, mothers were identified by sexing the adult animal closest to the calf from direct underwater observations; if this was not possible, the identity of the mother was inferred from social role or because she was the adult continually observed in close proximity to the calf [5,30,31,32].
We used the definitions of nursing behavior in wintering humpback first year calves following that of Glockner & Venus (1983) [5] and Glockner-Ferrari & Ferrari (1985) [6] where nursing occurred at depth (10–15 m) during which a calf approached the resting (stationary) mother’s peduncle area, dove beneath her, positioned its rostrum under the mother’s belly close to her mammary slit located on her ventral side behind her dorsal fin at the peduncle, at an angle of approximately 30–45° from the midline of the mother. A nursing event was defined as a period >5 s in which the calf remained in the sucking position described above (i.e., presumed that the calf is locked on to the mother’s nipple) [33]. During these nursing events, the mother could be vertical or horizontal and the calf’s suckling position would vary based on the mother’s resting angle. We define laterality in this study as an asymmetry with regard to a preference shown for behaviors occurring on one side of the body vs. the other (i.e., the calf nursing on one side of the mother more than the other).

Our study highlights the importance of direct observational documentation in a natural setting for cetaceans as a method to corroborate nursing and other behaviors and as a way to quantify behaviors that previously were descriptive or anecdotal accounts. Direct observer free-diver studies in cetaceans provide valuable insight into identification of social patterns, intraspecific behaviors, and underwater interactions in an important period of humpback whale mother/calf breeding, and provides a basis for future investigations.

We thank the many Cetos staff and other researchers or friends who have assisted in data collection, fieldwork, and data analyses and who have provided their support in this study through the years. We are grateful to Andy Day for his invaluable help in all fieldwork years. We thank Maren Anderson, Charles Bishop, Susanna Blackwell, Dan DenDanto, Dagmar Fertl, Adam S. Frankel, Quincy Gibson, Carol Hart, Julie Hopkins, Thea Jenson, Nikos Kilcher, Sarah Leiter, Sasha McFarland, Don Moses, Thomas F. Norris, Jeff Pantukhoff, Holly Prohaska, Kerri Seger, Dan Shapiro, Jessica Sharman, Mari Smultea, Carol Spencer, Dave Steckler, Piari Weiss, Amy Whitt, and Norbert Wu. We especially thank Terry McCabe for his project help in all study years. We thank all our donors and patrons that have funded this work. All data were collected under U.S. Federal NMFS Office of Protected Resources Scientific Research Permits (#924-1484-01 and #1039-1699-00). State permits were received by the State of Hawai`i, Department of Land and Natural Resources for each study year.

Ann M. Zoidis and Kate S. Lomac MacNair conceived the nursing study as a facet of the ongoing, multi-year research on Hawaiian humpback whales being conducted under a marine mammal research Federal Permit in Hawaii since 2004. Both authors performed the data collection and data analyses. Ann Zoidis contributed material support, funding, and logistics while also conducting the research. Kate Lomac MacNair assisted with project coordination and conducted the research. Both authors contributed to the literature review, and write up of this paper. 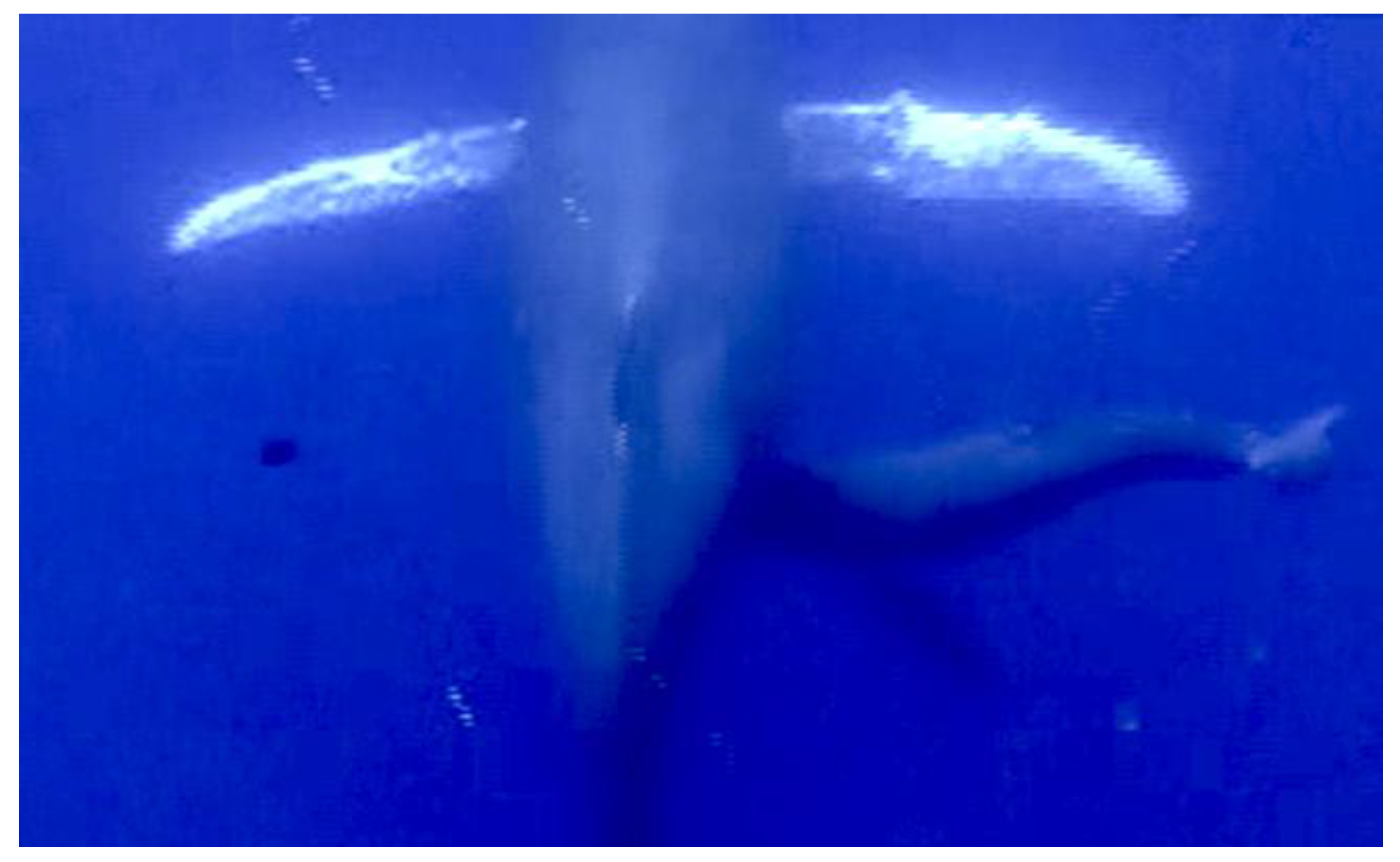 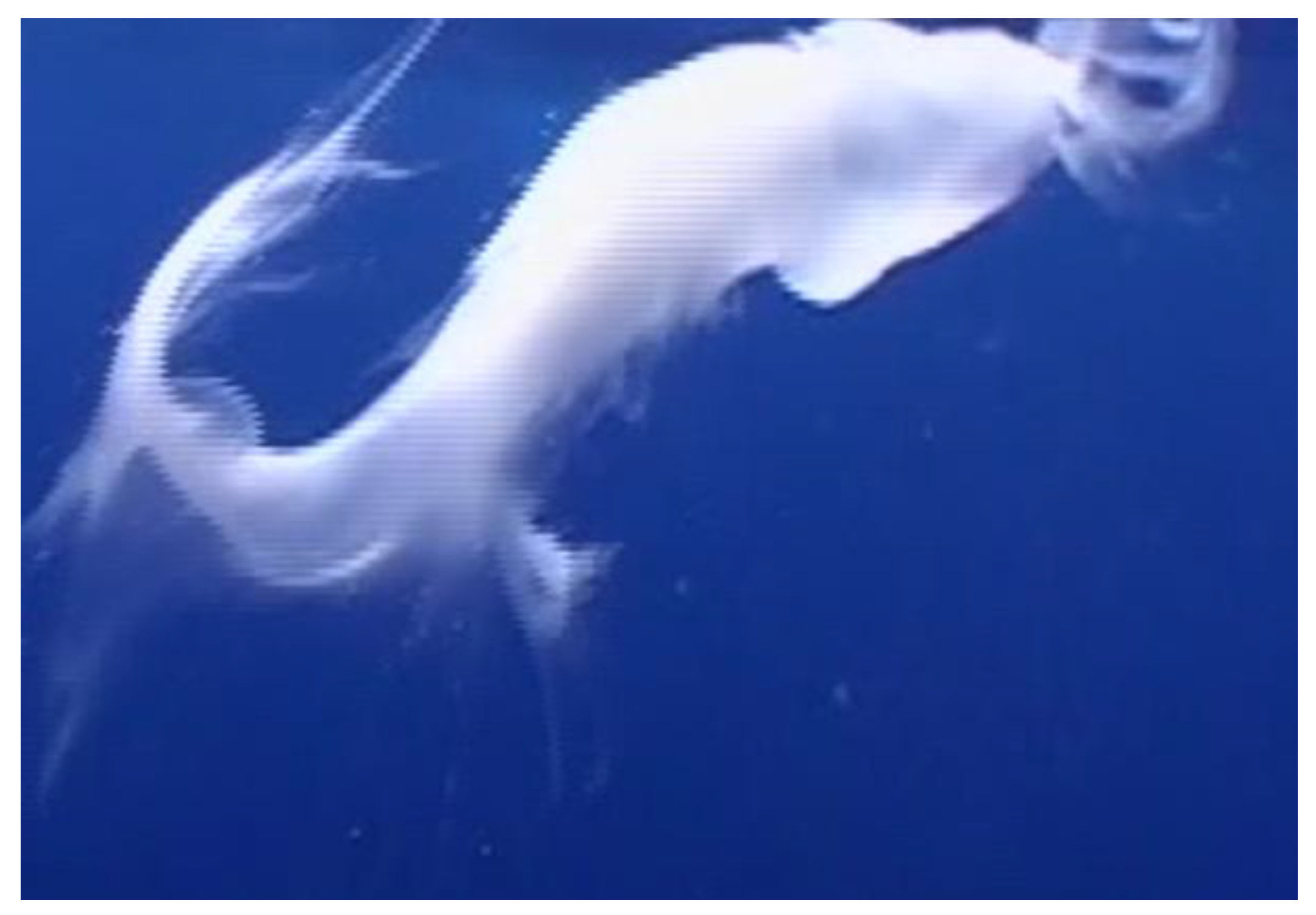 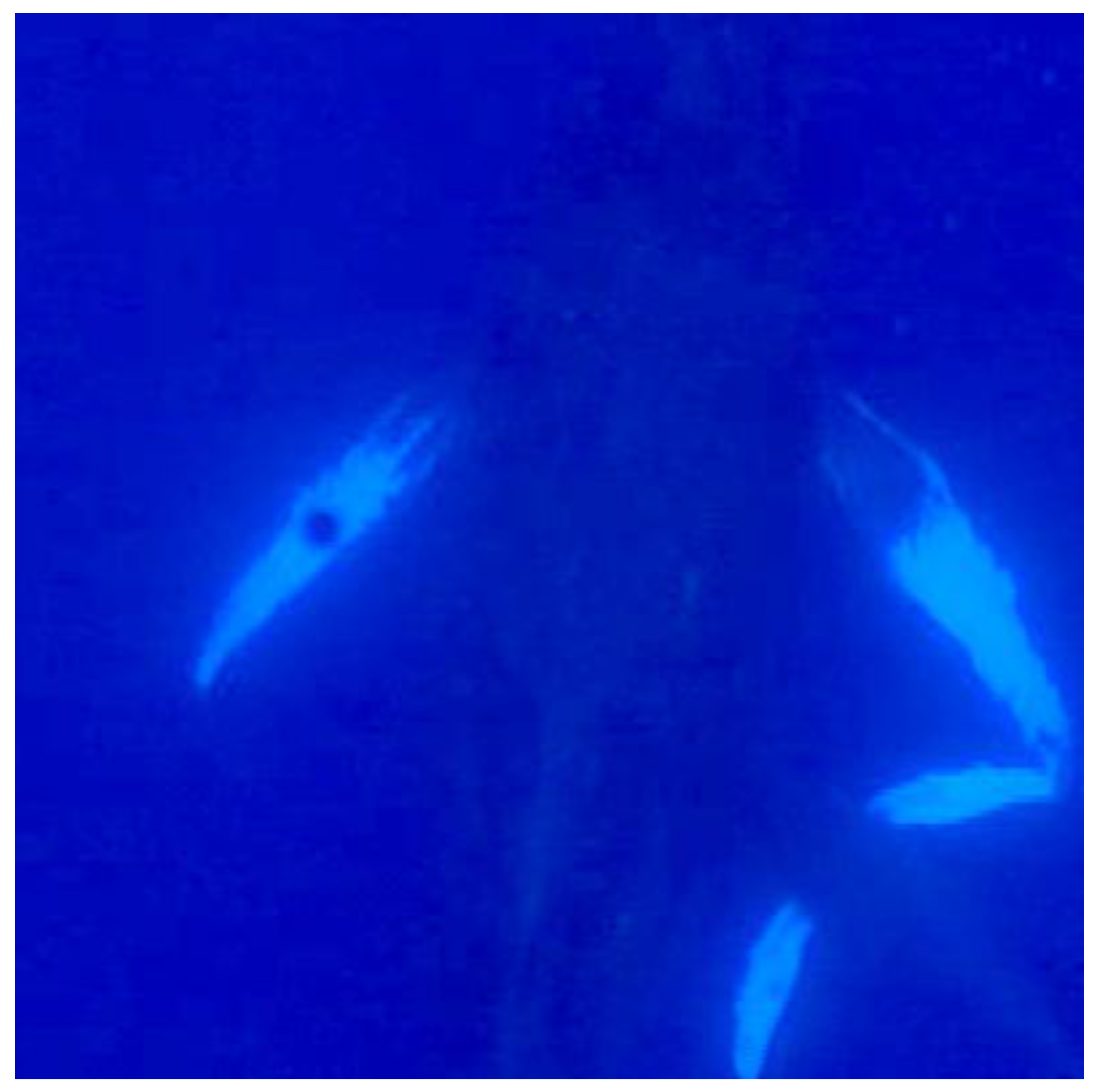 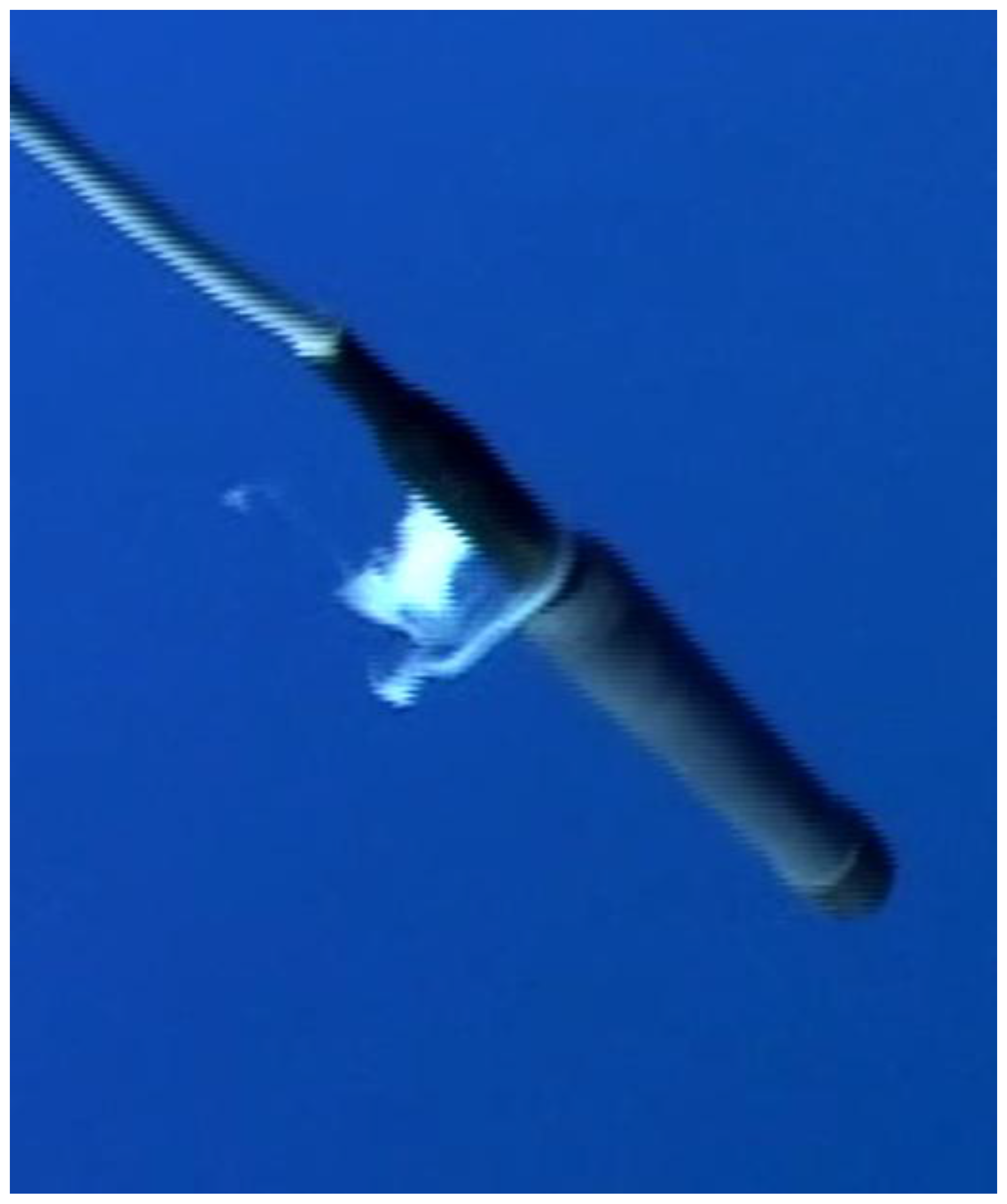