Pigs immunized against gonadotrophin releasing factor (immunocastrates; IC males) have an increased feed intake, growth rate, back fat and fat deposition compared to entire males. A previous experiment found that Lupinus albus L. (albus lupins) has the potential to reduce feed intake and fat deposition in IC males. The current experiment aimed to develop a dietary management strategy using albus lupins for either 14 or 28 days pre-slaughter to reduce the increase in feed intake and subsequent increase in carcass fatness in IC males.

Two hundred and ninety four entire male pigs were sourced from a high health status commercial herd at 39.4 ± 2.79 kg liveweight (LW). Upon arrival, the pigs were individually identified with ear tags, weighed and stratified on their LW. The pigs allocated to being immunocastrated received a priming dose of an anti-gonadotrophin releasing factor immunological product (Improvac®, Zoetis Australia, Rhodes, Australia) on day (d) −28 (where d 0 is when all pigs received the second dose of the anti-gonadotrophin releasing factor vaccine). The entire males did not receive a placebo injection. The pigs were group housed (n = 7) in a naturally ventilated grower/finisher shed and they had ad libitum access to water and a commercial feed via a single-spaced feeder.

On d 0, all pigs received the experimental diet and pigs who had received the priming dose of the anti-gonadotrophin releasing factor vaccine were given their second dose. The experimental diets were formulated to the same nutrient specifications (13.5 MJ DE and 0.64 g standardized ileal digestible lysine (SID)/MJ DE (high) or 0.50 g SID/MJ DE (low)). The diets were formulated so that the IC male pigs were fed as entire males for 2 weeks (from d 0; high) and then the lysine concentration in the diet was reduced for the remaining 2 weeks (low; based on a previous lysine requirement study for IC males of this particular genetics; Moore et al. [6]). The entire male pigs continued to receive the diet adequate for an entire male pig (high). The composition of the experimental diets is given in Table 1. The diets were also analyzed for quantitative AA composition (Australian Proteome Analysis Facility, Sydney, NSW, Australia) and the results are presented in Table 2. The diets fed for each sex and feeding strategy for d 0 to 14 and d 15 to 28 are described in Table 3.

Pigs were weighed weekly and feed intake was determined on day 0, 7, 14, 21 and 28 to measure average daily gain and voluntary feed intake. The feed conversion ratio was calculated on a weekly basis from when the feeding of the experimental diets commenced.

Twelve pigs per treatment (three pigs/pen randomly selected from four replicate pens, so 72 in total (12 pigs × 6 treatments)) were scanned on day 27 using dual-energy x-ray absorptiometry (DXA) to determine the percentage of bone mass composition, lean and fat. The pigs were removed from feed and fasted for approximately 16 h before scanning. Immediately before scanning, the pigs were weighed and then transferred to the DXA facility. They were injected intramuscularly with Stresnil® (azaperone 40 mg/mL, Stresnil Neuroleptic Injection for Pigs, Ausrichter Pty Ltd., Newtown, NSW, Australia) at 2 mL/10 kg LW. When sufficiently sedated, the pigs were transferred to the DXA machine (Norland XR46 Densitometer Machine, Norland Products Inc., Cranbury, NJ, USA) [7]. The pigs were scanned in ventral-recumbency, with hind legs extended and forelegs positioned caudally. Whole body mode was used to scan and the scan was subsequently analyzed using whole body analysis. Measurements made by DXA included lean tissue mass, fat tissue mass and bone mineral content. After scanning, the pigs were placed in a recovery room until they were able to stand and were then returned to their pens. The pigs were given their respective diets on return to their pens.

General analysis of variance was performed with the GENSTAT 18 program (VSN International Ltd., Hemel Hempstead, UK) to analyze the main effects of sex and lysine concentration and diet on growth performance, carcass quality, body composition and satiety hormones. For growth performance and carcass data, the pen was the experimental unit. For the DXA and satiety hormone measures, pig was the experimental unit. Repeated measures analysis of variance was used to analyze the satiety hormones. A level of probability of < 0.05 was used to determine statistical difference between the means. A level of probability of < 0.1 but > 0.05 was determined to be a trend. Fisher’s-protected least significant differences were used to determine differences among treatments.

The inclusion of albus lupins at 20% in the diets of IC male pigs was successful at reducing feed intake, body fat and backfat to similar levels of entire males. However, the growth rate of the IC male pigs was impacted more than would be desirable. In comparison, in Moore et al. [3] where albus lupins were included at 20% for the last 14 days pre-slaughter, the feed intake, growth rate and backfat of IC males were similar to that of entire males. Due to the inconsistent results on the growth rate of IC males, further investigation on the effect of albus lupins in the diets of immunocastrated male pigs is warranted. It is suggested that the effect of albus lupins on growth performance and backfat be further investigated using titrated levels of albus lupins, for example, from 10% to 20% to determine an appropriate level to include in order to maximize the decrease in feed intake and fat deposition whilst minimizing the effect on growth rate. If possible, measures of welfare and hunger should also be included to determine the effect that the qualitative feed restriction is having.

The authors wish to acknowledge funding provided by Australian Pork Limited (2014/445). This research has been facilitated by access to the Australian Proteome Analysis Facility which is funded by an initiative of the Australian Government as part of the National Collaborative Research Infrastructure Strategy. 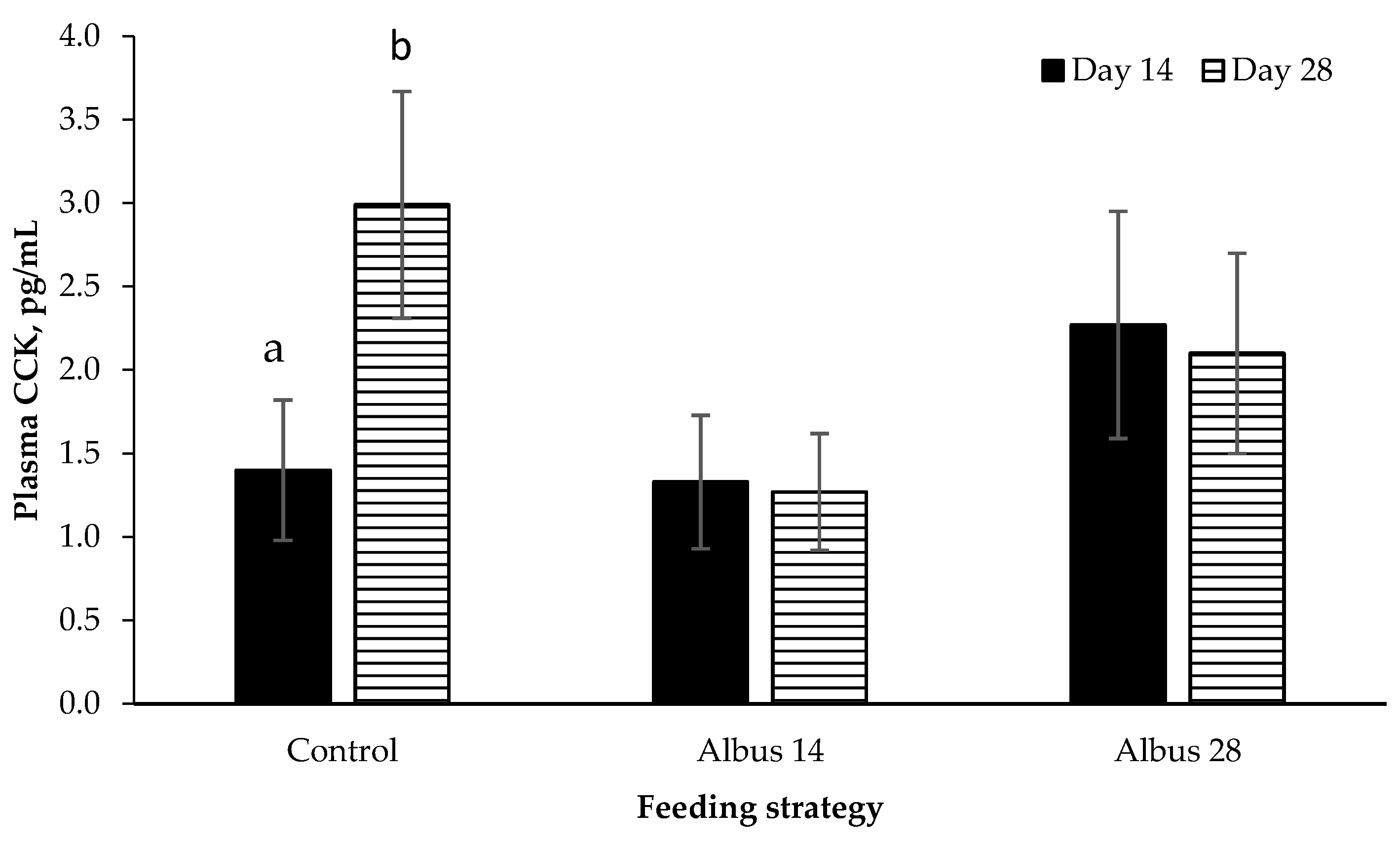 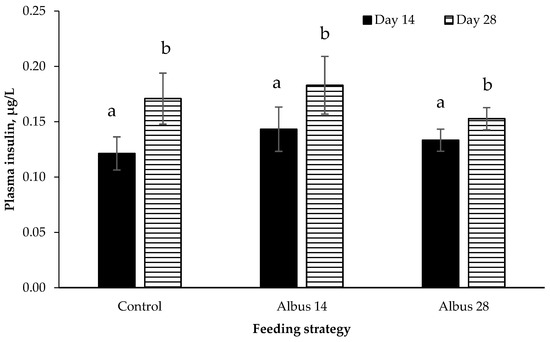 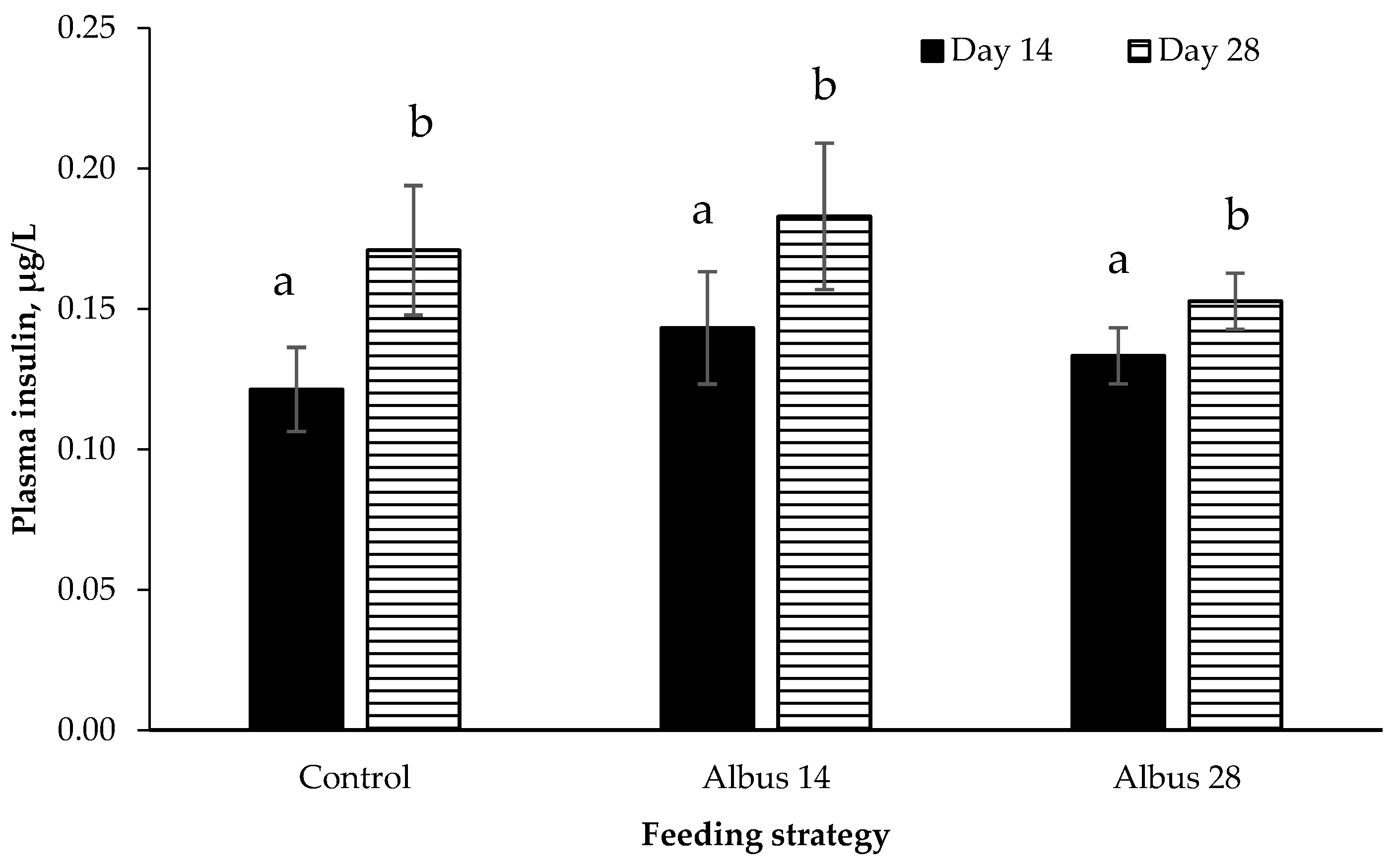 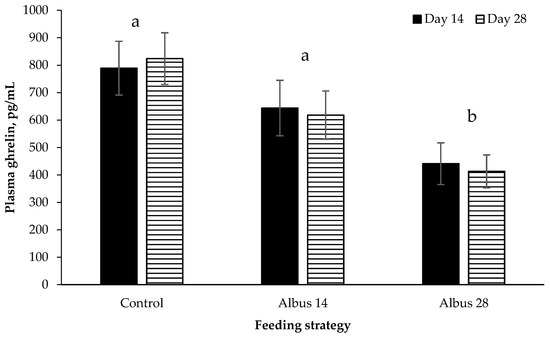 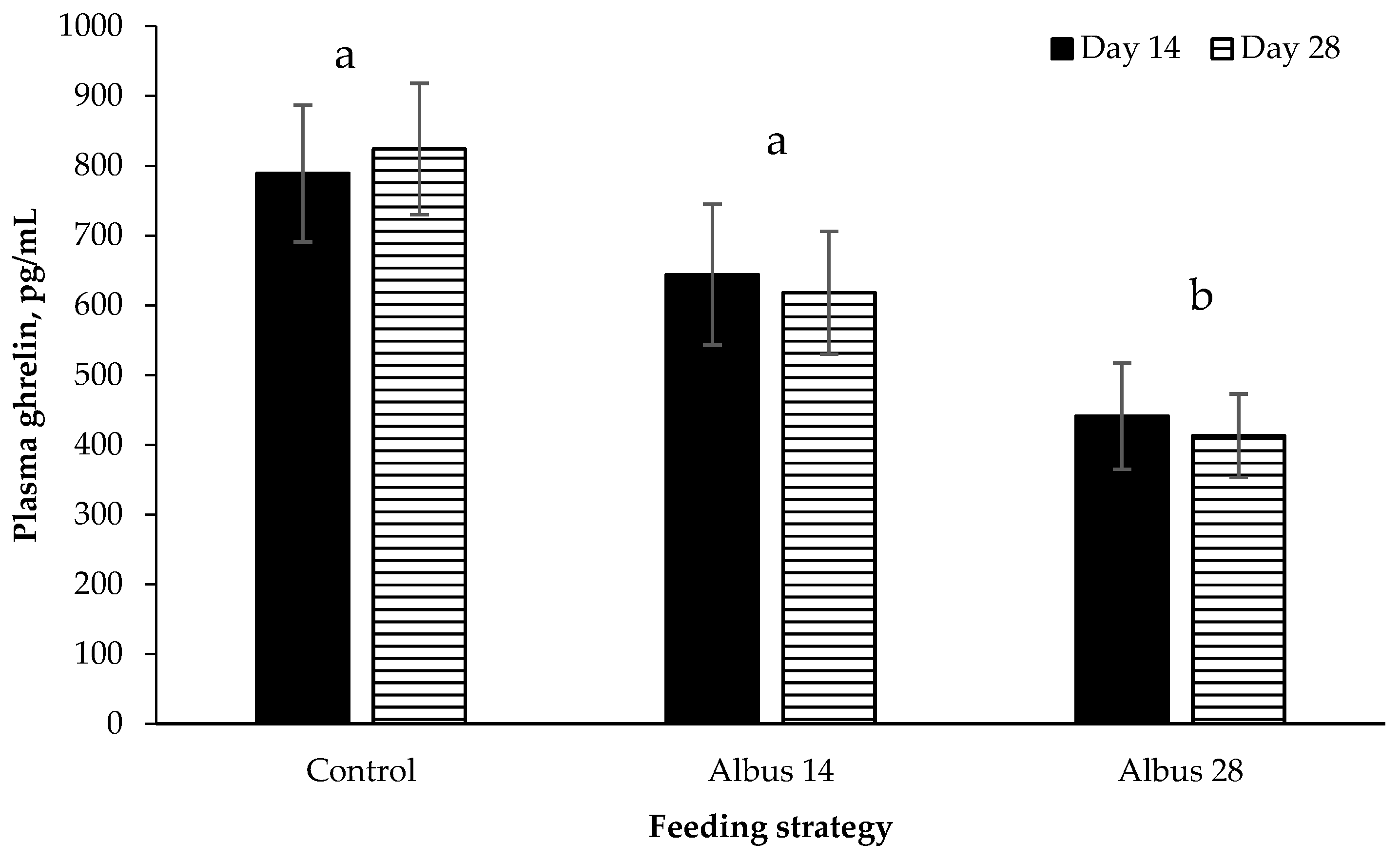