Case Study: An Evaluation of Detection Dog Generalization to a Large Quantity of an Unknown Explosive in the Field

TeamMate: A Longitudinal Study of New Zealand Working Farm Dogs. III. Factors Affecting the Risk of Dogs Being Lost from the Workforce

Working farm dogs are essential to many livestock farmers, but little is known about what increases their risk of being lost from the workforce through dying, being euthanized or being retired. A study carried out in New Zealand found that the majority of farm dogs that were lost from work during a four-year period died or were euthanized rather than being retired, and owners reported that acute injuries or illnesses were the most common cause. However, 65% of dogs that died or were retired were at least seven and 38% at least 10 years old, showing that working farm dogs often work into their old age. Data from physical examinations performed by veterinarians showed that lameness almost doubled dogs’ risk of being lost from work, independently of their age. Our results show that further research into what causes lameness in working farm dogs, and how this lameness can be avoided, could make a significant positive impact on the health and welfare of these dogs. 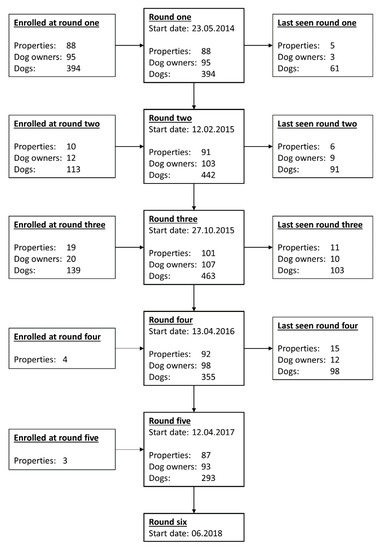