Effects of a Partially Perforated Flooring System on Ammonia Emissions in Broiler Housing—Conflict of Objectives between Animal Welfare and Environment?
Next Article in Special Issue

The Cohabitation of Humans and Urban Cats in the Anthropocene: The Clash of Welfare Concepts
Previous Article in Special Issue

Of Great Apes and Magpies: Initiations into Animal Behaviour

To assess the possibility of forming stable and trusting relationships between humans and fishes, we documented the interactions between a familiar human experimenter and seven koi (Cyprinus rubrofuscus). Analyses of video data shows that overall, koi spent more time than expected in close proximity to the human and even sought out physical contact. Moreover, individual fish displayed unique interaction patterns, with some frequently engaging in tactile interaction and others only periodically or rarely doing so. By demonstrating that koi will voluntarily interact with humans and that individual differences play an important role in interaction style, this study provides the first evidence that individuated human–fish relationships may be possible, which has powerful implications for how we think about, treat, protect, and provide care for fish. 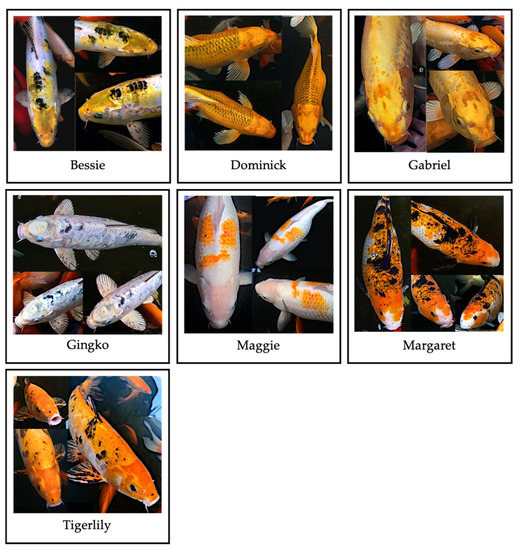