As the transition period is the most critical physiological stage of dairy cattle, propylene glycol as a gluconeogenic precursor was studied either individually or in combination with glycerol with different doses at different times. Their beneficial effects were recorded regarding productive and reproductive performances, protection against subclinical ketosis and economics. 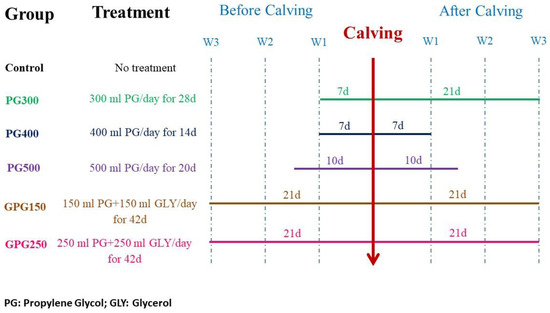