Canine reproductive behavior can be easily observed; however, the mechanism of semiochemical signaling in this species is still not well understood. Despite numerous studies, no efficient, artificial canine sex pheromones are available. In most studies of canine semiochemical communication, female urine was believed to be a source of volatile compounds that attract males. We hypothesized that urine is also a source of compounds that are very important in the process of the mating decision but are not so volatile. These compounds are collected by licking urine or the vulva and are transferred into the vomeronasal organ. Such behavior always precedes the male’s mating decision. In two experiments, we assessed the reactions of male dogs in response to air containing odor molecules from estrous females’ urine, from a live female in estrus, and from food, as well as during direct sniffing of urine samples from females in estrus, in anestrus, from male dogs and from humans. It was concluded that urine odor is not used for long-distance semiochemical communication in dogs but rather for close distance signaling.

This study aimed to assess the mechanisms of semiochemical signal detection in dogs. In the first experiment, five males were exposed to volatile semiochemicals emitted by a live female in estrus and the female’s urine sample collected during estrus. The odor of canine food and clean air were used as controls. In the second experiment, 25 males could directly sniff and lick the urine samples from females in estrus, from females in anestrus, from males and from humans, placed in a lineup. Sniffing, licking and salivation, as well as keeping dogs at different distances from the source of odor, were recorded in both experiments. Experiment 1 showed that food odor was sniffed by males longer than estrous urine. Volatile semiochemicals from females in estrus evoked interest in males but without visual cues did not cause overt symptoms of sexual arousal. In Experiment 2, the estrous urine evoked interest in males and provoked significantly longer sniffing. Licking accompanied by salivation was observed in all instances only during direct contact with estrous urine. The results suggest a complex character of detection of female reproductive status, in which both volatile and nonvolatile compounds emitted by females and present in female urine are involved. View Full-Text
Keywords: canine reproduction; chemical communication; pheromones; urine; VNO canine reproduction; chemical communication; pheromones; urine; VNO
►▼ Show Figures 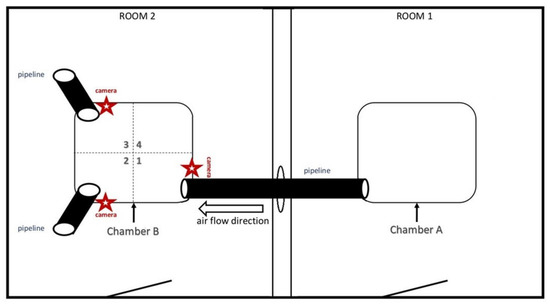