The polar regions have relatively low richness and diversity of plants and animals, and the basis of the entire ecological chain is supported by microbial diversity. In these regions, understanding the microbial response against environmental factors and anthropogenic disturbances is essential to understand patterns better, prevent isolated events, and apply biotechnology strategies. The Antarctic continent has been increasingly affected by anthropogenic contamination, and its constant temperature fluctuations limit the application of clean recovery strategies, such as bioremediation. We evaluated the bacterial response in oil-contaminated soil through a nutrient-amended microcosm experiment using two temperature regimes: (i) 4 °C and (ii) a freeze–thaw cycle (FTC) alternating between −20 and 4 °C. Bacterial taxa, such as Myxococcales, Chitinophagaceae, and Acidimicrobiales, were strongly related to the FTC. Rhodococcus was positively related to contaminated soils and further stimulated under FTC conditions. Additionally, the nutrient-amended treatment under the FTC regime enhanced bacterial groups with known biodegradation potential and was efficient in removing hydrocarbons of diesel oil. The experimental design, rates of bacterial succession, and level of hydrocarbon transformation can be considered as a baseline for further studies aimed at improving bioremediation strategies in environments affected by FTC regimes. View Full-Text
Keywords: Antarctica; hydrocarbon degradation; bioremediation; freeze–thaw; soil Antarctica; hydrocarbon degradation; bioremediation; freeze–thaw; soil
►▼ Show Figures 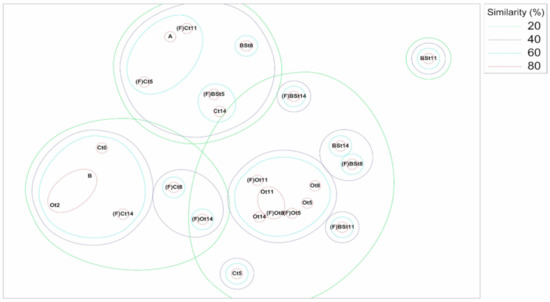