Bluetongue virus (BTV) causes an economically important disease, bluetongue (BT), in susceptible ruminants and is transmitted primarily by species of Culicoides biting midges (Diptera: Ceratopogonidae). Since 2006, northern Europe has experienced multiple incursions of BTV through a variety of routes of entry, including major outbreaks of strains of BTV serotype 8 (BTV-8) and BTV serotype 1 (BTV-1), which overlapped in distribution within southern Europe. In this paper, we examined the variation in response to coinfection with strains of BTV-1 and BTV-8 using an in vivo transmission model involving Culicoides sonorensis, low passage virus strains, and sheep sourced in the United Kingdom. In the study, four sheep were simultaneously infected using BTV-8 and BTV-1 intrathoracically inoculated C. sonorensis and co-infections of all sheep with both strains were established. However, there were significant variations in both the initiation and peak levels of virus RNA detected throughout the experiment, as well as in the infection rates in the C. sonorensis that were blood-fed on experimentally infected sheep at peak viremia. This is discussed in relation to the potential for reassortment between these strains in the field and the policy implications for detection of BTV strains. View Full-Text
Keywords: Arbovirus; Culicoides; Orbivirus; bluetongue; ruminant; infectious disease; transmission Arbovirus; Culicoides; Orbivirus; bluetongue; ruminant; infectious disease; transmission
►▼ Show Figures 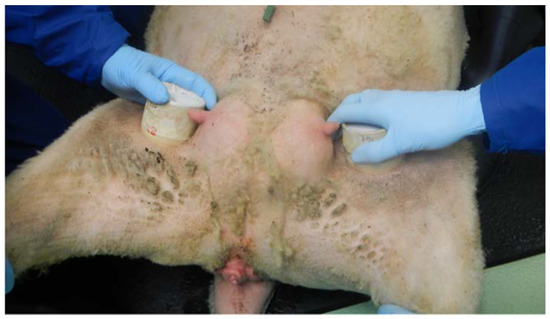