Editorial for the Special Issue: Foodborne Pathogen Distribution, Ecology, Inactivation, and Methods of Differentiation
Next Article in Special Issue

Efficacy of Kombucha Obtained from Green, Oolong, and Black Teas on Inhibition of Pathogenic Bacteria, Antioxidation, and Toxicity on Colorectal Cancer Cell Line

Kombucha tea is a refreshing beverage that is produced from the fermentation of tea leaves. In this study, kombucha tea was prepared using 1% green tea, oolong tea, and black tea, and 10% sucrose with acetic acid bacteria and yeast. The pH values of the kombucha tea were found to be in a range of 2.70–2.94 at 15 days of fermentation. The lowest pH value of 2.70 was recorded in the kombucha prepared from black tea. The total acidity of kombucha prepared from black tea was the highest by 16.75 g/L and it was still maintained after heat treatment by boiling and after autoclaved. Six organic acids: glucuronic, gluconic, D-saccharic acid 1,4-lactone, ascorbic, acetic, and succinic acid in kombucha tea were detected by HPLC with the optimization for organic acids detection using isocratic elution buffer with C18 conventional column. The highest level of organic acid was gluconic acid. Kombucha prepared from green tea revealed the highest phenolic content and antioxidation against DPPH radicals by 1.248 and 2.642 mg gallic acid/mL kombucha, respectively. Moreover, pathogenic enteric bacteria: Escherichia coli. E. coli O157:H7. Shigella dysenteriae, Salmonella Typhi, and Vibrio cholera were inhibited by kombucha and heat-denatured kombucha with diameter of the inhibition zones ranged from 15.0 ± 0.0–25.0 ± 0.0 mm. In addition, kombucha prepared from green tea and black tea demonstrated toxicity on Caco-2 colorectal cancer cells. Therefore, kombucha tea could be considered as a potential source of the antioxidation, inhibition of pathogenic enteric bacteria, and toxicity on colorectal cancer cells.
Keywords: antibacteria; antioxidation; Caco-2 cancer cells; kombucha tea; pathogenic bacteria antibacteria; antioxidation; Caco-2 cancer cells; kombucha tea; pathogenic bacteria

Kombucha tea is a slightly acidic beverage that is produced from the fermentation of tea leaves (Camellia sinensis) and infusion with a consortium culture of acetic bacteria including Acetobacter xylinum, A. xylinoides, or Bacterium gluconicum and yeasts such as Saccharomyces cerevisiae, S. ludwigii, Zygosaccharomyces bailii, Z. rouxii, Schizosaccharomyces pombe, Torulaspora delbrueckii, Brettanomyces bruxellensis, B. lambicus, B. custersii, Candida sp., or Pichia membranaefaciens [1]. Normally, a traditional substrate used in kombucha fermentation is comprised of 10 g/L of black tea infusion that has been sweetened with.5–8% (w/v) sucrose. Notably, cellulose is produced during the fermentation by A. xylinum and appears as a thin film on top of the fermented tea where the cell mass of bacteria and yeast is attached. Yeast and bacteria in kombucha are involved in metabolic activities that utilize substrates in different pathways. Yeast cells hydrolyze sucrose into glucose and hydrolyze fructose using invertase enzymes. Moreover, ethanol is also produced and further utilized by acetic acid bacteria to generate organic acids and other substances such as acetic, gluconic acid, glucuronic acid, citric acid, lactic acid, malic acid, succinic acid, saccharic acid, pyruvic acid, sugars, vitamins, and amino acids [2]. Thus, the pH value of kombucha is known to decrease during the process of fermentation due to the production of organic acids. Kombucha beverages also contain other substances such as phenolic compounds in a quantity of about 30% (w/w) of the dry mass of the tea leaves [3]. These substances vary considerably depending on the variety of tea and the processing procedures. Moreover, kombucha fermentation is dependent upon the source of kombucha culture (tea fungus), which is affected by a variety of properties for each kombucha beverage. When compared to unfermented tea, the enhanced beneficial activities of kombucha tea indicate that some changes are related to the origin of the microbial community that is present during the fermentation process [4,5,6].
Non-fermented tea such as green tea contains major polyphenolic catechins, such as epigallocatechin gallate (EGCG), epigallocatechin (EGC), epicatechin gallate (ECG), and epicatechin (EC) [7]. Black tea is considered a fully fermented form of tea since the production process creates a small particle size of the tea leaves and a greater surface area for enzymatic oxidation. During black tea fermentation, quinones react with catechins and produce new compounds; theaflavins and thearubigins [8]. In addition, catechins present in green tea are also partially converted to theaflavins [9]. Oolong tea is classified as semi-fermented tea and prepared during a limited period of oxidation. Thus, the fermentation process of oolong tea is shorter than that of black tea. Notably, oolong tea contains approximately half the amount of catechins when compared to green tea [10]. The compounds that are produced during the production processes of different types of tea markedly affect the composition and total phenolic content that are found in kombucha tea. The major polyphenolic components, catechin and epicatechin, are known to possess antioxidant activity [11]. Moreover, the antimicrobial activity of kombucha from black tea against pathogenic Vibrio strains was observed [12].
Although kombucha has been used for long time but scientific report on properties of kombucha has not been clarified. In this study, different biological properties of kombucha tea from various kinds of tea leaves including green, oolong, and black tea were determined for the useful properties of kombucha and application as supplementary beverage for health benefits. Hence, the aim of this study was to investigate the antioxidant and antibacterial properties of kombucha that was obtained from different types of C. sinensis, including green tea, oolong tea, and black tea, and the degree of toxicity it displays against the colorectal cancer cell line.

Kombucha tea was prepared using different types of tea; green, oolong, and black tea. The tea leaves were obtained from the Tea Gallery Group (Thailand) Co., Ltd. Dry tea leaves at 1.0% (w/v) were added to 500 mL of sterilize distilled water and then boiled for 15 min. Sucrose was filtered into sterilized glass bottles and 10% (w/v) sucrose was then dissolved in the hot tea. A starter culture made from the fermentation broth of the tea fungus at 10% (v/v) was inoculated into a mixture of tea and sugar, and it was further incubated at room temperature for 15 days. Subsequently, the kombucha tea was analyzed for its chemical and microbiological properties at 0, 3, 6, 9, 12, and 15 days of fermentation.

The total soluble solids (ºBrix) were measured using a refractometer (RHB-62ATC, JEDTO, Halden, Norway) and the alcohol content of the kombucha tea was measured using an Ebuliometer (Dujardin Salleron, France).

The total count of yeast cells in the kombucha tea was determined using the spread plate technique on yeast malt (YM) agar with the addition of chloramphenicol. Determination of the total count of acetic acid bacteria was performed on yeast peptone mannitol (YPM) agar with amphotericin B (CAISSON, USA). The plates were incubated at 30 °C, for at least 3 days [14].

A single colony of the tested bacteria; Escherichia coli, E. coli O157:H7, Shigella dysenteriae, Salmonella Typhi, and Vibrio cholera, was transferred into Mueller–Hinton (MH) broth (Difco™, USA) and incubated at 37 °C for 18–24 h. The antimicrobial activity of kombucha tea after 15 days of fermentation was investigated using the agar well diffusion method. The turbidity of the bacterial culture was adjusted to McFarland standard no. 0.5 and swabbed on Mueller–Hinton (MH) agar (Difco™, USA). Wells of 10 mm in diameter were prepared on the agar plate with a sterile cork borer. Kombucha samples were sterilized by filtering them through a sterile microfilter (0.22 μm pore size), and they were then transferred into the wells in the agar plates. The plates were further incubated at 37 °C for 18–24 h. The zones of bacterial growth inhibition were then determined [17,18].
The antimicrobial activity of kombucha tea was compared to the non-fermented tea, and acetic acid was recorded at the same concentration of the kombucha tea after 15 days of fermentation. Moreover, kombucha tea was neutralized at pH 7.0 by adjusting the pH with 1 M HCl or 1 M NaOH. Heat denatured kombucha tea was prepared by treatment at 100 °C for 20 min and at 121.5 °C, at 15 pounds per square inch for 15 min by being autoclaved. After treatment, the kombucha tea was then sterilized by filtration and tested for its antimicrobial activity, as has been described previously.

The cytotoxicities of kombucha tea were tested using MTT assay. NIH/3T3 cells were used as normal cell control. Human colorectal carcinoma (Caco-2) and NIH/3T3 cells were cultured in Dulbecco’s modified Eagle medium (DMEM; Gibco, Grand Island, NY, USA) that had been supplemented with 10% (v/v) heat-inactivated fetal bovine serum (HyCloneTM, Pittsburgh, PA, USA), 100 Units/mL penicillin and 100 μg/mL streptomycin (CAISSON, Smithfield, UT, USA). After incubation at 37 °C in a 5% CO2 incubator (SHEL LAB, USA), the cells were washed twice with phosphate buffer saline (PBS, pH 7.4) and trypsinized with 0.05% (v/v) trypsin-EDTA solution (CAISSON, USA). The Caco-2 and NIH/3T3 cells were plated in 96-well plates and incubated at 37 °C in a 5% CO2 incubator for 24 h. After incubation, each concentration of kombucha tea was then added. The plates were incubated at 37 °C in a 5% CO2 incubator for 48 h. The MTT solution (Bio Basic Inc., Amherst, NY, USA) was then added and the solution was incubated for 4 h. Finally, blue formazan crystals were dissolved with dimethyl sulfoxide and the absorbance was measured at 540 and 630 nm by micro plate reader (EZ Read 2000, Biochrom, Cambridge, UK). The percentage of cell viability was calculated by comparing the relevant values to the cell control [19].

All experiments were performed in three independent treatments. All data acquired from the treatments and the control groups were compared and analyzed and are presented as mean ± SD using t-test and ANOVA analysis.

3.1. Appearance of Kombucha Tea during Fermentation

3.2. Microbial and Chemical Changes that Occur During Kombucha Tea Fermentation

3.6. Cytotoxicity Test of Kombucha Tea Against Caco-2 and NIH/3T3 Cells

In the present study, kombucha tea was fermented with a symbiotic culture of acetic acid bacteria and yeasts that produced a significant amount of organic acids. The kombucha tea prepared from different types of tea, namely green, oolong, and black tea, displayed significantly different values of pH, total acidity, total soluble solids, and organic acid content. Moreover, the HPLC system for the detection of several organic acids in kombucha tea was optimized in this study using the C18 conventional column. Isocratic elution buffer of 20 mM KH2PO4, pH 2.4 with 210 nm UV detector was used as a new adaptive HPLC condition for organic acid detection. Kombucha prepared from black tea at 15 days of fermentation showed the highest degree of organic acid content, such as with glucuronic, gluconic, DSL, ascorbic, acetic, and succinic acids. These organic acids were found to be effective against pathogenic enteric bacteria Escherichia coli, E. coli O157:H7, Shigella dysenteriae, Salmonella Typhi, and Vibrio cholera. They attributed to a large extent of the antibacterial effect observed to organic acids because when neutralizing the kombucha samples, antibacterial effect was not observed. Moreover, kombucha prepared from green tea and black tea demonstrated toxicity on Caco-2 colorectal cancer cells. These findings indicate the greatest potential health benefits of kombucha tea with regard to inhibiting pathogenic enteric bacteria and by promoting healthy function of the digestive system in the gastrointestinal tract. In addition, kombucha displayed antioxidant activity against DPPH radicals. Therefore, kombucha tea could be considered as a potential source of compounds presenting antioxidant activity, inhibitory activity against pathogenic enteric bacteria and selective toxicity on colorectal cancer cells.

This research study was supported by the Royal Golden Jubilee (RGJ) Ph.D. Program Scholarship, the Thailand Research Fund, grant no. PHD/0061/2558; and was partially supported by the Center of Excellence in Bioresources for Agriculture, Industry, and Medicine, Department of Biology, Faculty of Science, and The Graduate School, Chiang Mai University, Chiang Mai, Thailand. 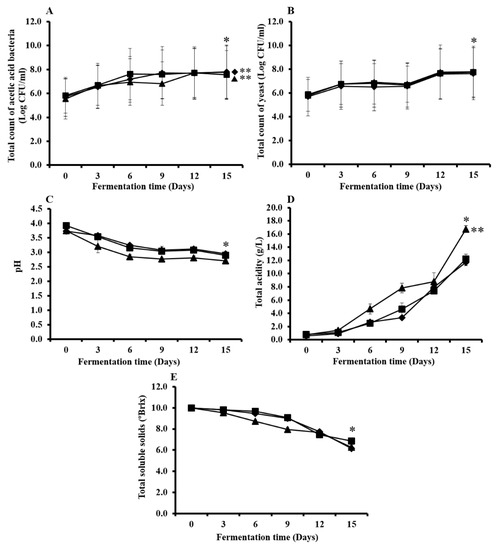