A MATE Transporter is Involved in Pathogenicity and IAA Homeostasis in the Hyperplastic Plant Pathogen Pseudomonas savastanoi pv. nerii
Previous Article in Journal

Ocean warming is one of the greatest global threats to coral reef ecosystems; it leads to the disruption of the coral–dinoflagellate symbiosis (bleaching) and to nutrient starvation, because corals mostly rely on autotrophy (i.e., the supply of photosynthates from the dinoflagellate symbionts) for their energy requirements. Although coral bleaching has been well studied, the early warning signs of bleaching, as well as the capacity of corals to shift from autotrophy to heterotrophy, are still under investigation. In this study, we evaluated the bleaching occurrence of the scleractinian coral Mussismillia harttii and the hydrocoral Millepora alcicornis during a natural thermal stress event, under the 2015–2016 El Niño influence in three reef sites of the South Atlantic. We focused on the link between peroxynitrite (ONOO−) generation and coral bleaching, as ONOO− has been very poorly investigated in corals and never during a natural bleaching event. We also investigated the natural trophic plasticity of the two corals through the use of new lipid biomarkers. The results obtained first demonstrate that ONOO− is linked to the onset and intensity of bleaching in both scleractinian corals and hydrocorals. Indeed, ONOO− concentrations were correlated with bleaching intensity, with the highest levels preceding the highest bleaching intensity. The time lag between bleaching and ONOO− peak was, however, species-specific. In addition, we observed that elevated temperatures forced heterotrophy in scleractinian corals, as Mu. harttii presented high heterotrophic activity 15 to 30 days prior bleaching occurrence. On the contrary, a lower heterotrophic activity was monitored for the hydrocoral Mi. alicornis, which also experienced higher bleaching levels compared to Mu. hartii. Overall, we showed that the levels of ONOO− in coral tissue, combined to the heterotrophic capacity, are two good proxies explaining the intensity of coral bleaching. View Full-Text
Keywords: coral reefs; heterotrophy; hydrocorals; oxidative stress; reactive nitrogen species coral reefs; heterotrophy; hydrocorals; oxidative stress; reactive nitrogen species
►▼ Show Figures 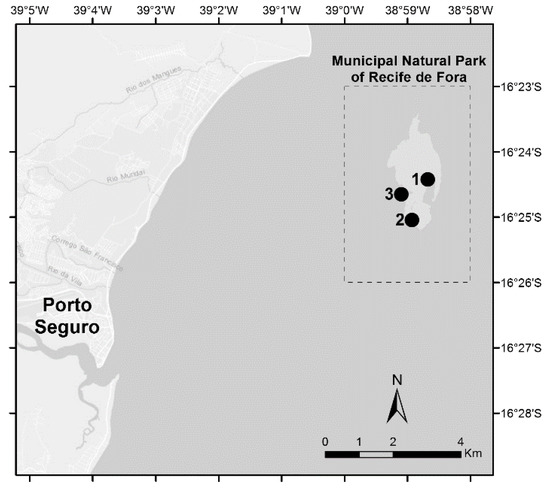