Giant magnetostrictive materials (GMMs) have broad application prospects in the field of servo valves, but the giant magnetostrictive actuator (GMA) has problems such as large loss and severe heat generation, which affect the output effect and accuracy. To solve these problems, this paper designs a stacked giant magnetostrictive actuator (SGMA) and analyzes the magnetic circuit and magnetic field distribution of the SGMA. Based on the magnetic field analysis and the Jiles–Atherton model, we analyze the SGMA magnetization model, simplify the traditional model, and give a solution for the simplified model using the Runge–Kutta method. We analyze the eddy current loss of the SGMA, and according to Bessel’s equation and the Kelvin function, we calculate the relationship among eddy current loss, GMM rod radius, and magnetic field frequency. By analyzing the inherent hysteresis of GMMs, a hysteresis loss model of the SGMA is established in this paper. We also calculate the coil impedance and obtain the coil loss model. Based on the loss model, the SGMA cooling system is designed. Based on the above analysis, we design a SGMA prototype, set-up the corresponding experimental platform, and conduct the necessary experiments. The experimental results show that the SGMA responds well to different signals, but as frequency increases, attenuation, deformation, and hysteresis become more pronounced, which verifies the amplitude and phase changes caused by various losses in the theoretical analysis. The experiment also observes the temperature rise of the oil-cooled SGMA at different frequencies, indicating that the cooling system can effectively control the temperature change of the SGMA, which validates the foregoing analysis.
Keywords: giant magnetostrictive material (GMM); stacked; giant magnetostrictive actuator; loss; oil-cooled giant magnetostrictive material (GMM); stacked; giant magnetostrictive actuator; loss; oil-cooled

According to the quadratic moment domain rotation model, we can establish an uncoupled magnetomechanical model of the GMM. The relationship between the magnetostrictive strain λ and the magnetization M of the GMM can be expressed as where λS is the saturation magnetostrictive strain.
The excitation coil generates an excitation magnetic field that is not uniformly distributed on the GMM rod, and the permanent magnet reduces the unevenness of the overall magnetic field of the SGMA. However, the permanent magnet increases the discontinuity of the local magnetic field intensity change of the GMM rod, that is, the magnetic field intensity change trend in the GMM rod on both sides of the permanent magnet is different. Therefore, in the dynamic analysis of the SGMA, it cannot be regarded as a whole, and the stacked GMM rods should be equivalent to n series mass-spring-damping systems, as shown in Figure 4.
As shown in Figure 4, m1 is the mass of the output jack, and m2–mn are the sum of the mass of a small piece of permanent magnet and the GMM rod, that is,
In Equation (21), ρ1 and ρ2 are the mass densities of the permanent magnet and the GMM rod, respectively, and A2 is the cross-sectional area of the stacked GMM rod.
The multi-degree-of-freedom vibration equation is where M, C, and K are the mass matrix, damping matrix, and stiffness matrix, respectively, and Q is the driving force vector.
Because the stacked GMM rods use homogeneous materials, and the performance of the same material in the axial direction is not much different, it can be considered that its elastic modulus and structural damping are uniform. Therefore, in a multi-degree-of-freedom model,
In Figure 4, the displacement of each element of the multi-degree-of-freedom vibration system mainly manifests as the deformation of the spring and the damper. In essence, it is the deformation of the GMM rod.
Set the average strain of the i-th stage GMM to be λi, then its magnetostrictive force is where EN is the GMM elastic modulus.
The permanent magnet hardly generates magnetostrictive strain, so its force comes from the strain of the GMM rod on both its sides. Therefore, in a multi-degree-of-freedom vibration system, the driving force of mi is
For a SGMA, both the output force F and the output displacement x ultimately appear as the displacement and force of the ejector m1, so
Through the output model of the multi-degree-of-freedom system, we established the relationship between the magnetic field and the output displacement (and force). Although this relationship is established by a discrete model, because we only focus on the force and displacement of the ejector, a continuous output is obtained.

6. Design of the Cooling System

There is a large loss in the SGMA, and a large amount of energy is converted into internal energy. Due to the compact structure of the SGMA itself, internal energy is generated inside the SGMA and the heat exchange with the outside is not smooth. Therefore, the internal energy generated by the loss cannot be lost in time. A large amount of internal energy can accumulate inside the SGMA, causing its temperature rise. In addition, the GMM is a heat-sensitive material, so when the temperature changes, the GMM magnetostrictive strain is as shown in Figure 9.
It can be seen from Figure 9 that when the temperature changes, the magnetostrictive strain value of the GMM changes greatly.
In addition, a sharp rise in the internal temperature of the SGMA will also cause thermal expansion of the GMM rod. When the temperature changes, the thermal deformation of the GMM is where is the linear expansion coefficient of the GMM, l is the length of the GMM rod, and is the temperature change.
Therefore, temperature has a great influence on the SGMA. In the modeling of the SGMA, the influence of temperature must be considered. However, the heating source, heating mechanism, and heat exchange process in the SGMA are relatively complicated. When applying the non-steady-state heat conduction differential equation and Fourier’s theorem, many parameters are not easy to obtain accurately, so we use a simplified design method [23].
From the SGMA itself, in order to suppress the effect of temperature changes on its output, known from Figure 9, it should be stabilized to work at about 40 °C. Therefore, in the design process, the parameters that need attention are only the size of the SGMA and the flow rate of the cooling oil. The size parameters of the SGMA are determined by its output characteristics, and it is only necessary to pay attention to the flow rate of the cooling oil in terms of temperature characteristics.
Assume that, in a SGMA, the heat transferred from the surface of each component is proportional to its surface area. According to the principle of pyrology, the flow rate of cooling oil is at least where c is the specific heat capacity of the cooling oil.

According to the foregoing analysis, the prototype parameters of the SGMA are as Table 1:
The prototype of the SGMA is shown in Figure 10.
In order to test the relevant performance of the SGMA prototype, we set-up a SGMA test system, as shown in Figure 11.
The test system uses the Rigol-DG1022U signal generator (Shenzhen Keruijie Technology Co., Ltd., Shenzhen, China) to generate the excitation signal, which is amplified by the GF800W power amplifier to drive the SGMA. The cooling oil is pumped into the SGMA by an oil pump to stabilize the temperature of the SGMA. The IT6932A programmable voltage source provides MicrotrakTM 3-LTS-025-02 laser (MTI Instruments, Inc., Washington, USA) displacement sensor power, so that the laser displacement sensor can accurately measure the displacement of the SGMA. The system uses the TES-1310 temperature sensor (TES Electrical Electronic Corp., Taiwan, China) to monitor the actuator temperature, the XMK-7 temperature sensor (Mingxing Refrigeration Parts Factory, Yuyao, China) to monitor the fuel tank oil temperature, the PICO-TA189 current clamp (PicoTechnology Inc, Cambridgeshire, UK) to monitor the input current value, and the PICOscope digital oscilloscope to collect test data. The cooling system is shown in Figure 12.
Pass a 1, 10, 100, and 1000 Hz sine wave, square wave, and triangular wave through the SGMA. The corresponding experimental results are as follows:
It can be seen from Figure 13 that the SGMA responds well to signals of different waveforms, but due to the influence of the response speed of the coil and the nature of the material itself, the displacement waveform has a deviation compared to the input waveform.
The output waveform has a lag relative to the input, and as the excitation frequency increases, the lag phase difference increases. In addition, the output displacement of the SGMA decreases with increasing frequency. On the waveform, the experimental results are similar to the theoretical calculation results, and the phase difference between them is small, indicating that the modeling theory can be used to describe the principle of the SGMA. As the frequency increases, the error between the theoretical and experimental results increases, and the loss from the actual output is significantly greater than the theoretical calculation, showing that the modeling theory does not accurately describe the high-frequency motion of the SGMA. This is because the calculation of high-frequency loss in the output modeling theory mainly comes from the J–A model, and does not consider the case of incomplete magnetization of the GMM rod due to the eddy current and skin effect under high-frequency action.
Sine waves of 50, 100, and 500 Hz are passed into the SGMA, and the internal temperature change of the SGMA is monitored by a temperature sensor. The results are shown in Figure 14.
It can be seen from Figure 14 that when cooling oil is introduced into the SGMA, the internal temperature of the SGMA slowly rises and remains stable after reaching a certain temperature, but the stable temperature is different at different frequencies, and the higher the frequency, the higher the temperature. The experimental results show that the cooling system can indeed keep the temperature of the SGMA stable and restrain the thermal deformation of the material and the change in the magnetostrictive coefficient caused by the temperature.

This paper analyzes the magnetic field distribution of a stacked giant magnetostrictive actuator, and it establishes the magnetization model and output model of a SGMA, analyzes various losses occurring in the work of the SGMA, and designs the cooling system of the SGMA. Based on theoretical analysis, we make a prototype of the SGMA, build a corresponding test system, conduct related experiments, and obtain the following conclusions:

This work is supported by the National Natural Science Foundation of China (No. 51,275,525). 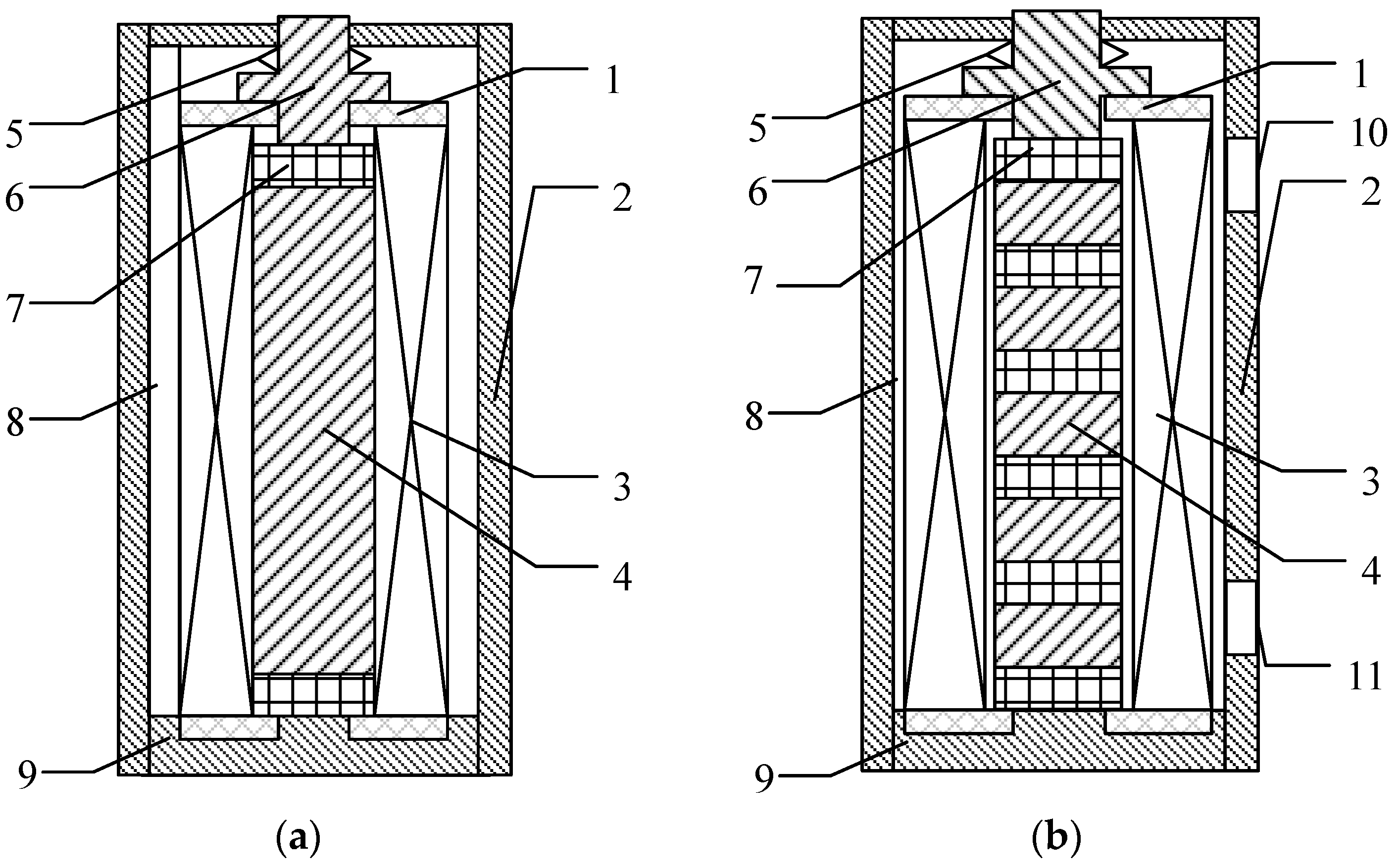 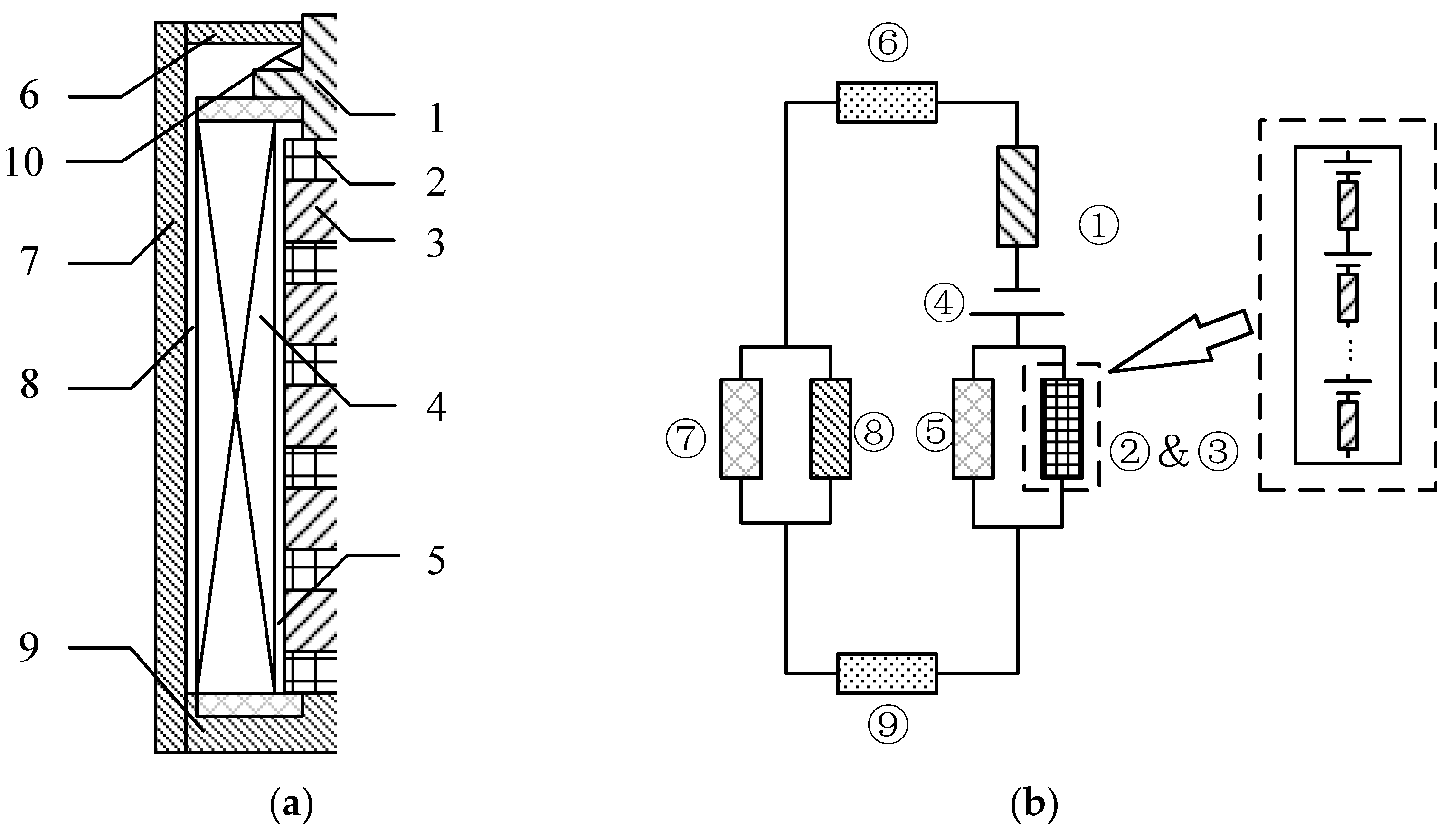 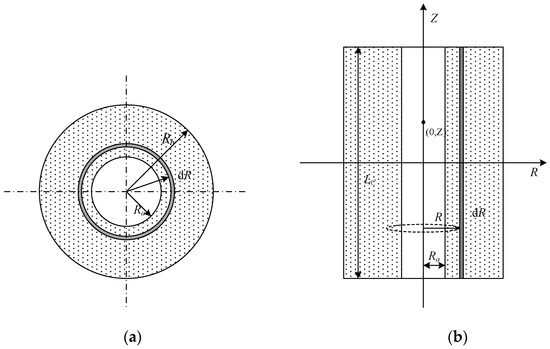 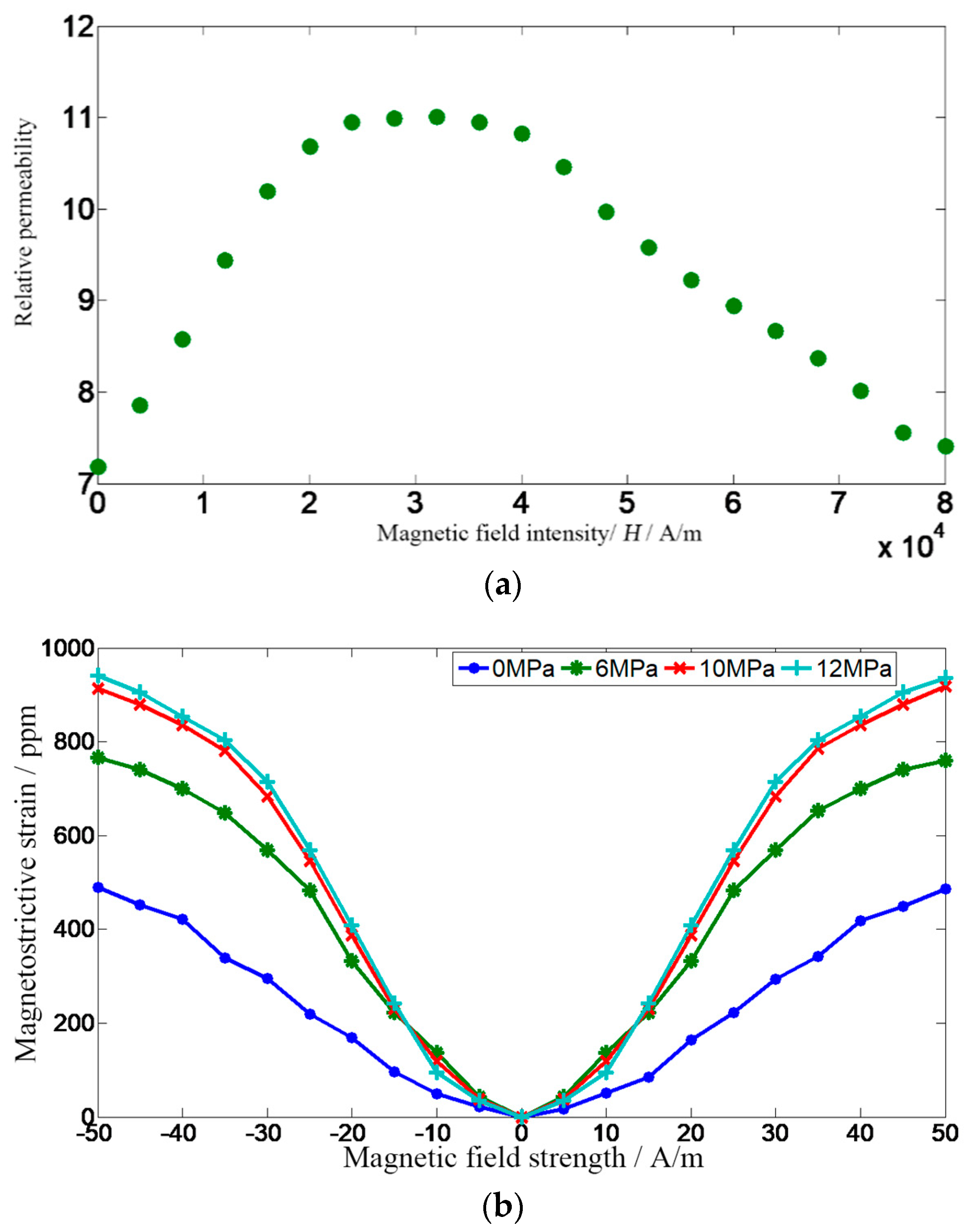 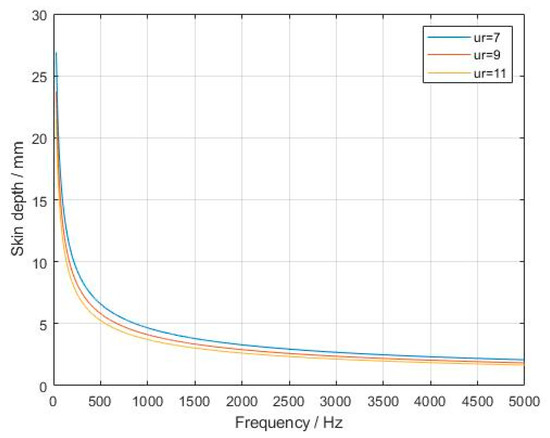 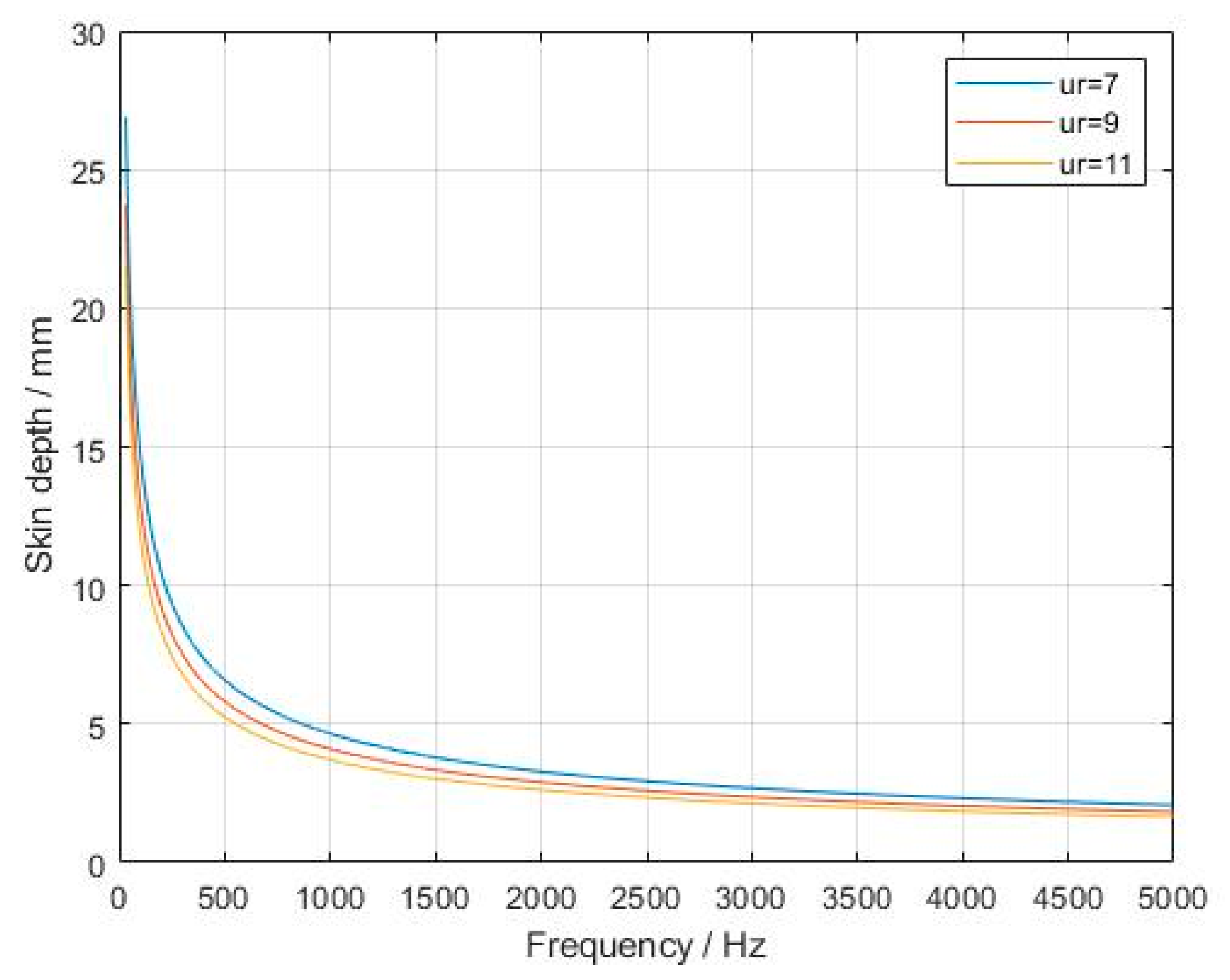 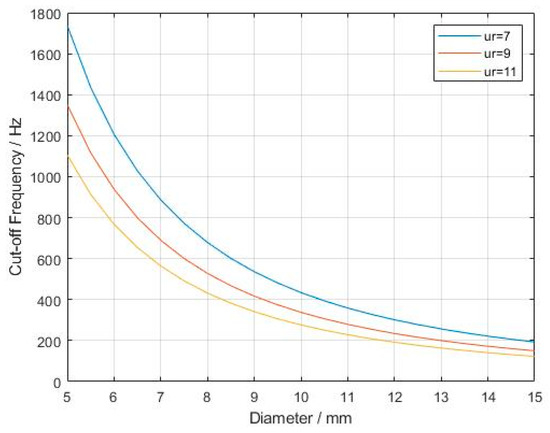 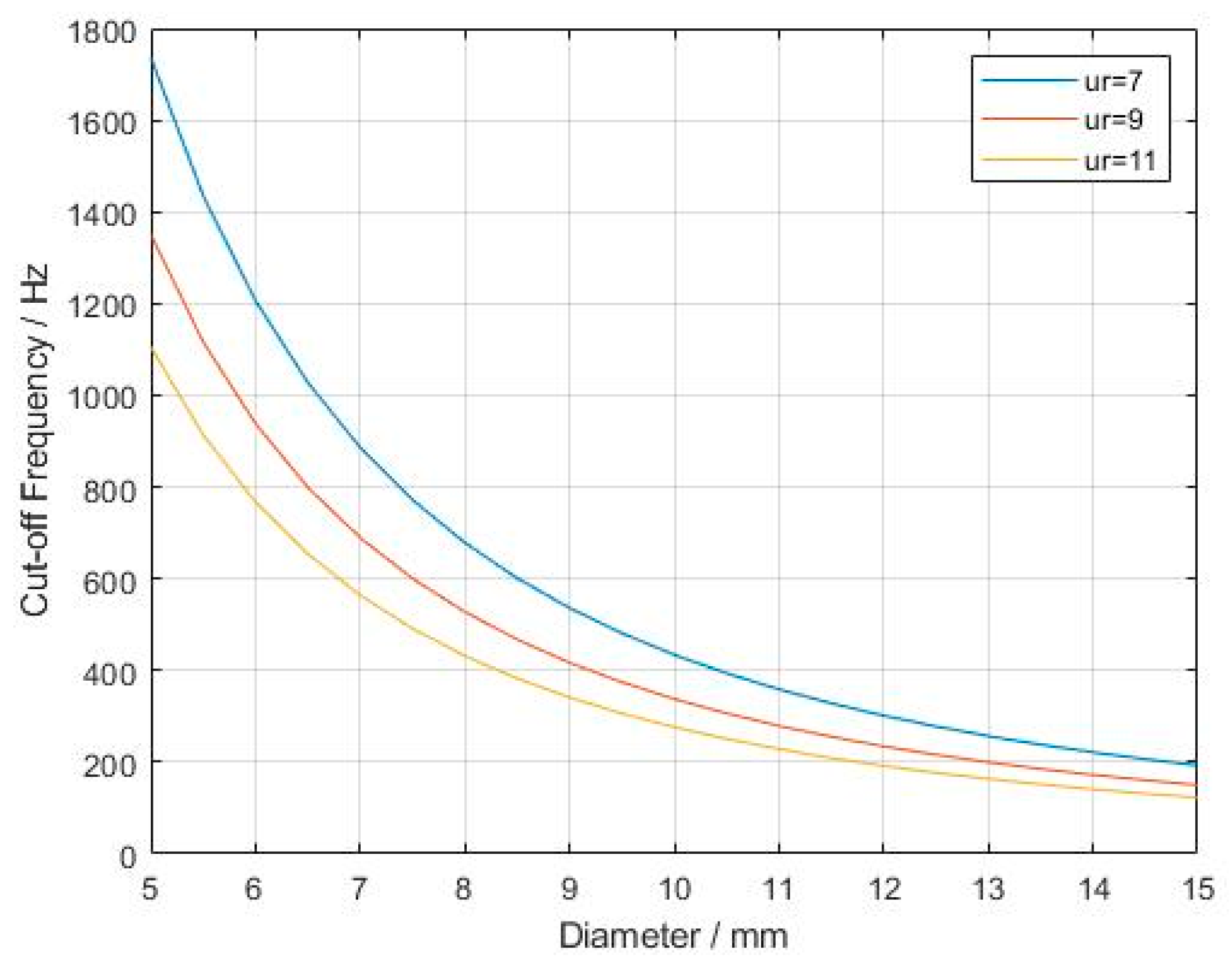 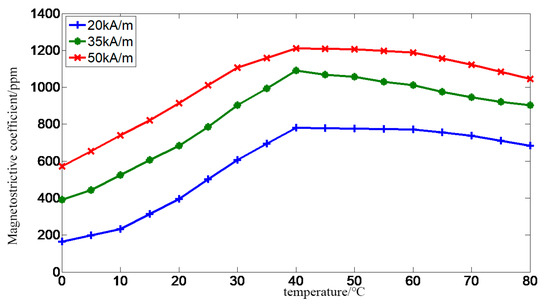 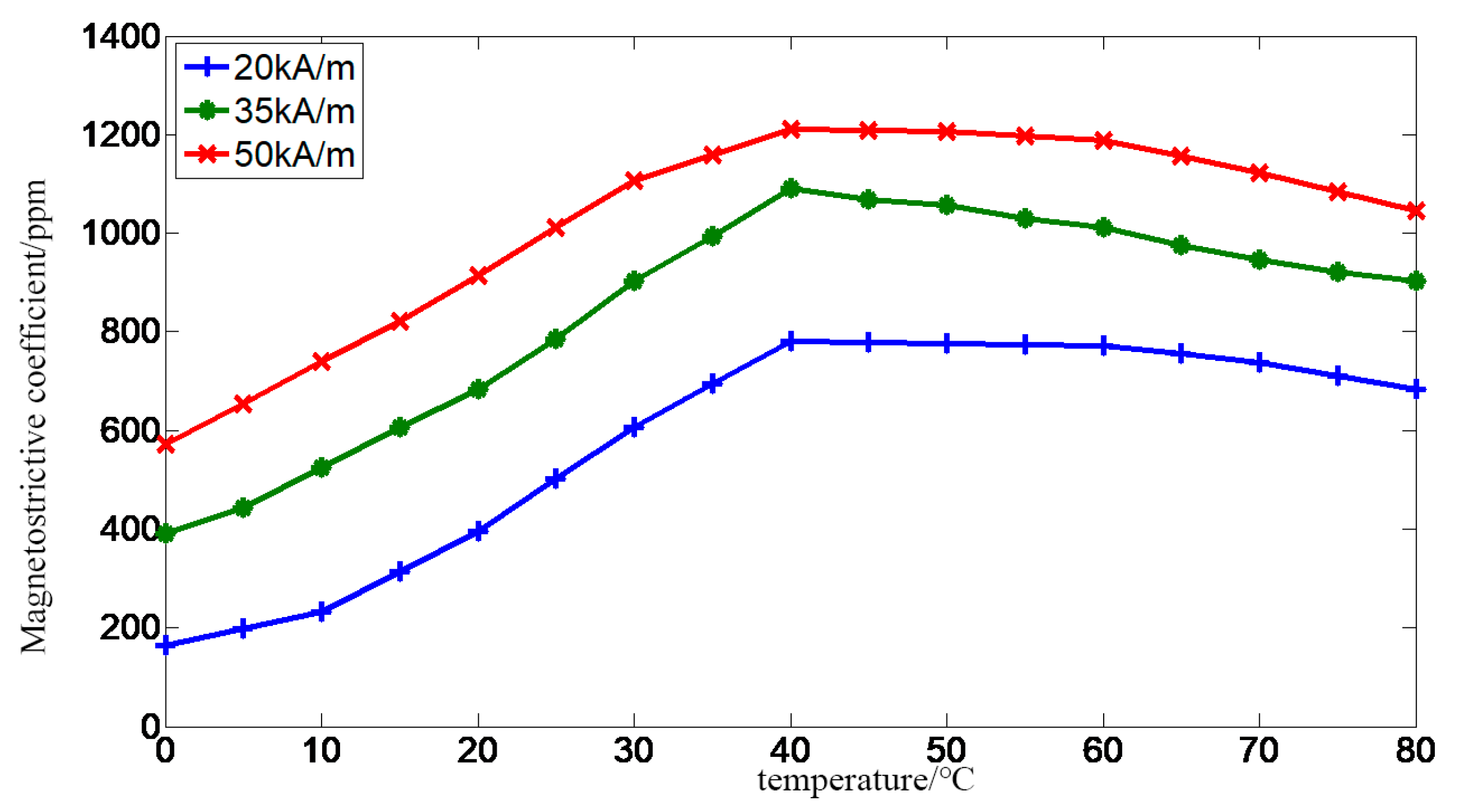 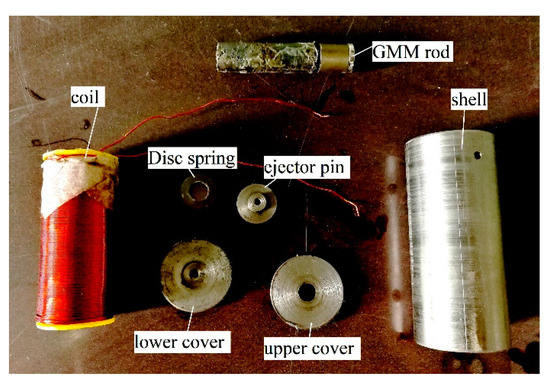 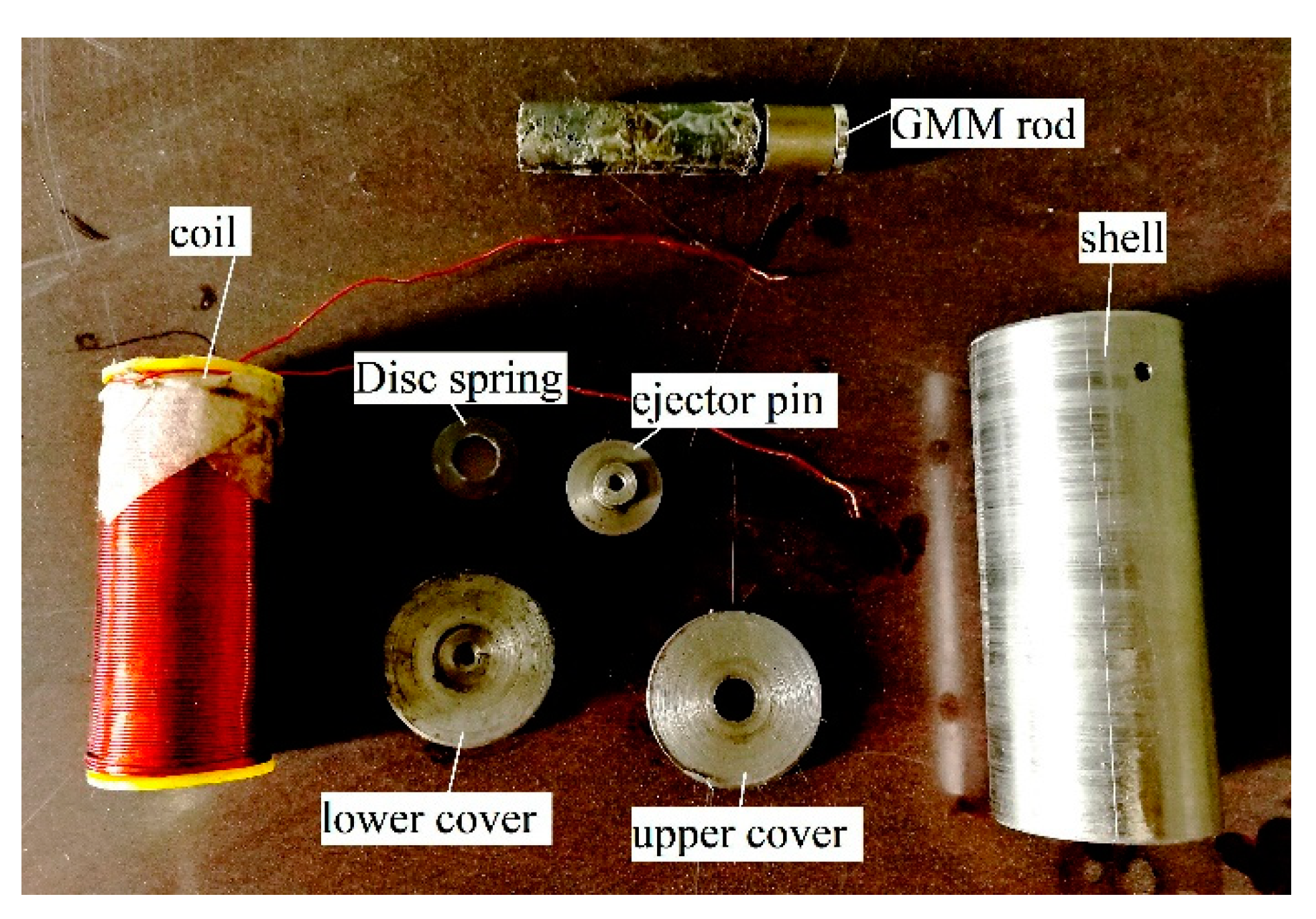 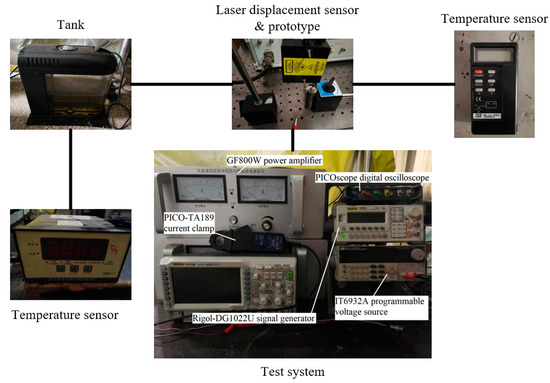 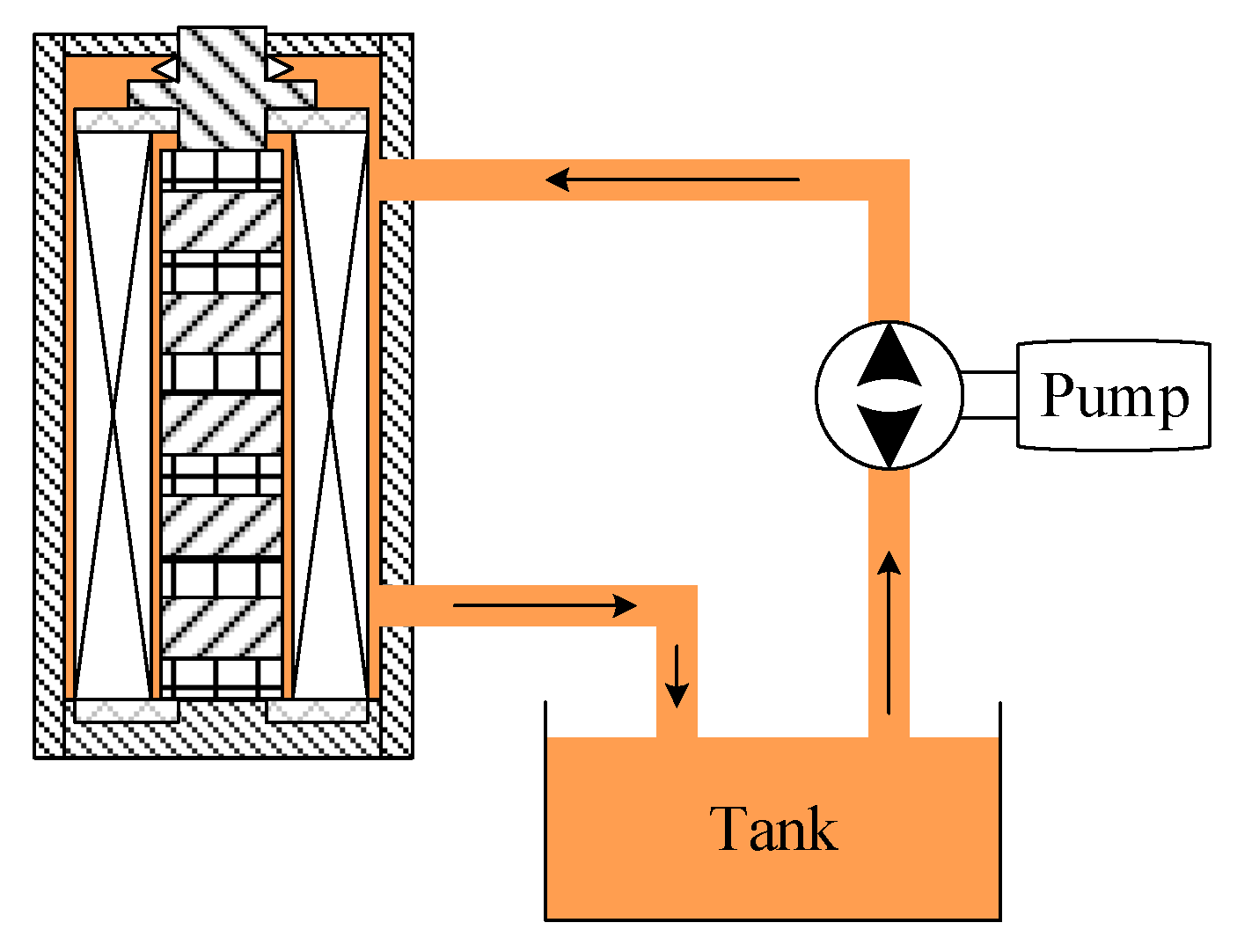 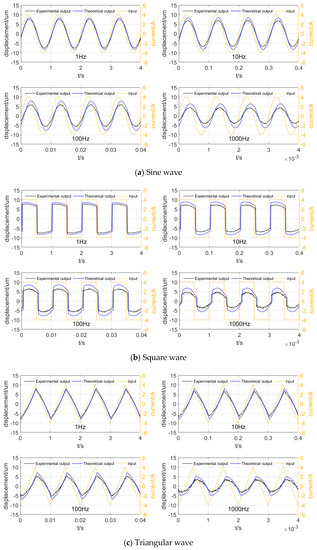 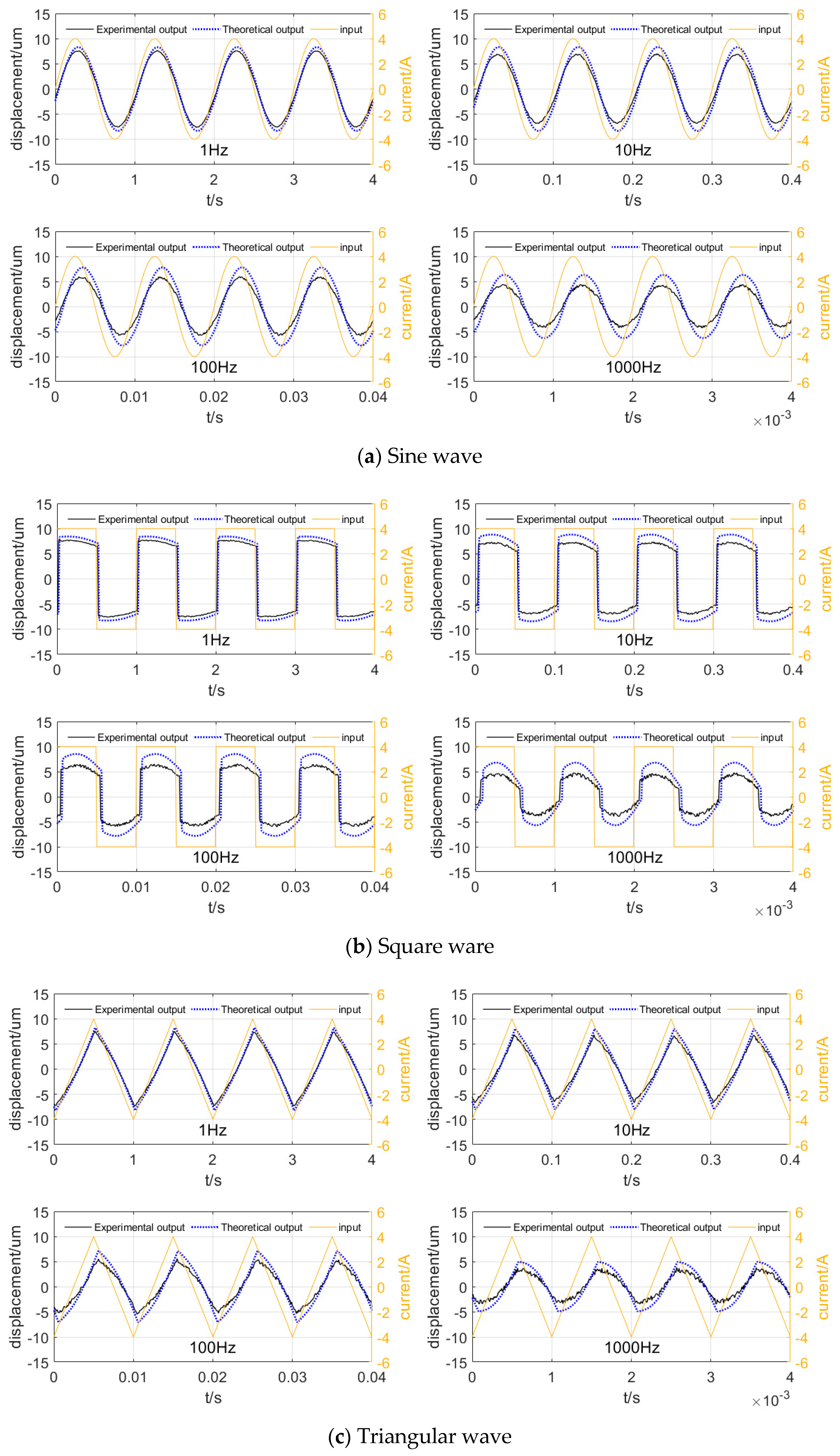 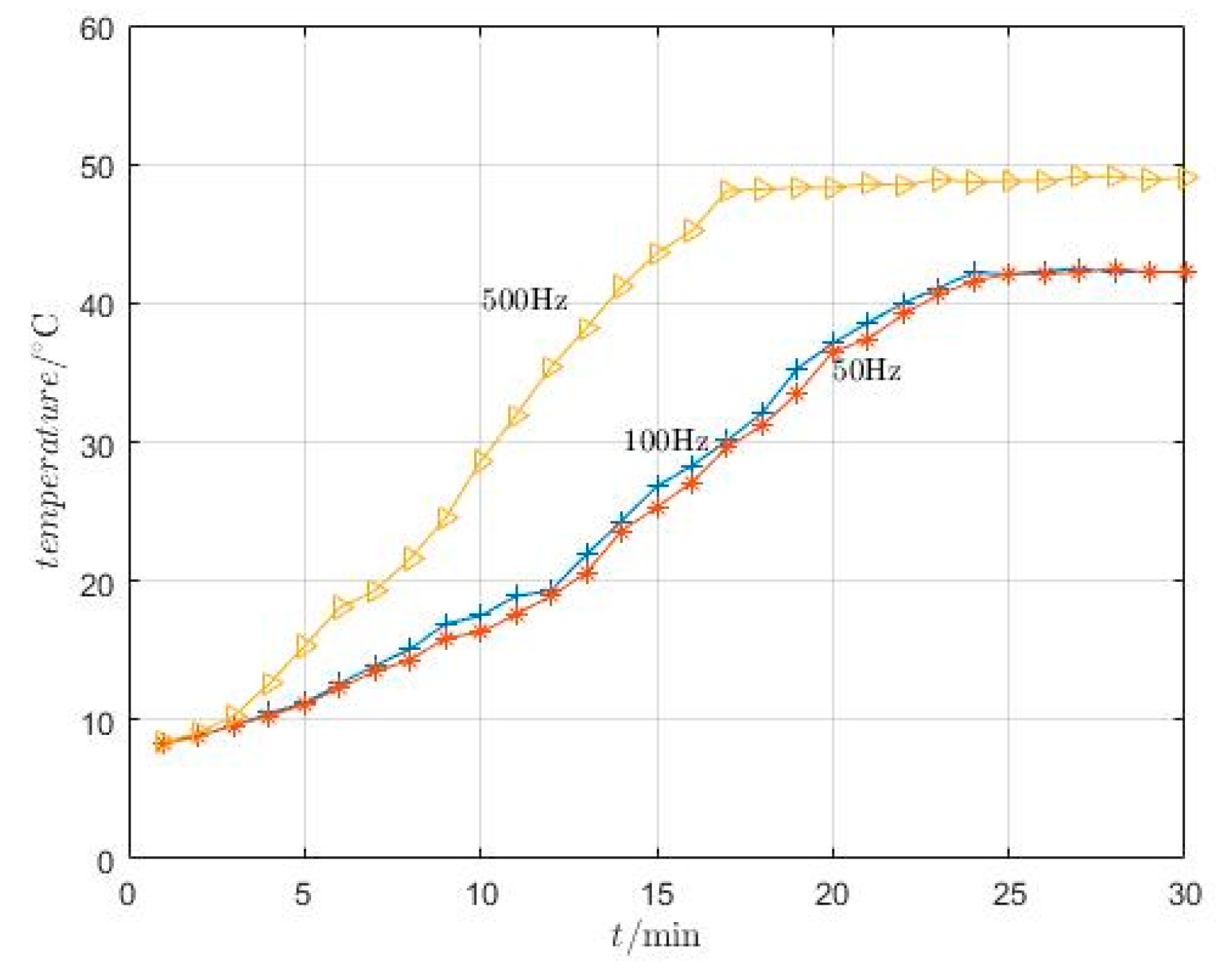 Table 1. The parameters of SGMA prototype.
Table 1. The parameters of SGMA prototype.
© 2020 by the authors. Licensee MDPI, Basel, Switzerland. This article is an open access article distributed under the terms and conditions of the Creative Commons Attribution (CC BY) license (http://creativecommons.org/licenses/by/4.0/).
We use cookies on our website to ensure you get the best experience. Read more about our cookies here.
Accept
We have just recently launched a new version of our website. Help us to further improve by taking part in this short 5 minute survey here. here.
Never show this again