The vaginal flora consists of a subset of different lactic acid producing bacteria, typically creating a hostile environment for infecting pathogens. However, the flora can easily be disrupted, creating a favorable milieu for uropathogenic Escherichia coli (UPEC), making it possible to further infect the urinary system via the urethra. Probiotic use of different lactobacilli to restore the normal flora of the vagina has been proposed as a potential prophylactic treatment against urinary tract infections. This project evaluated the protective- and anti-inflammatory roles of the probiotic Lactobacillus crispatus strain CTV-05 in an in vitro system. The inflammatory response and the cytotoxic effect were studied by Enzyme-linked immunosorbent assays and by trypan blue exclusion of cells inoculated with L. crispatus CTV-05 and comparing it to non-infected controls and UPEC infected cells. L. crispatus CTV-05 showed no cytotoxicity to vaginal epithelial cells compared to non-infected controls and provided significant protection against UPEC infection (p < 0.05). Further more, L. crispatus CTV-05 did not create a pro-inflammatory response in vitro, with no significant increase of IL-1β or IL-6. These results demonstrate the protective effect of using L. crispatus CTV-05 as a probiotic treatment to reduce the risk of recurrent urinary tract infections. View Full-Text
Keywords: urinary tract infection; Lactobacillus crispatus; innate immunity; probiotics urinary tract infection; Lactobacillus crispatus; innate immunity; probiotics
►▼ Show Figures 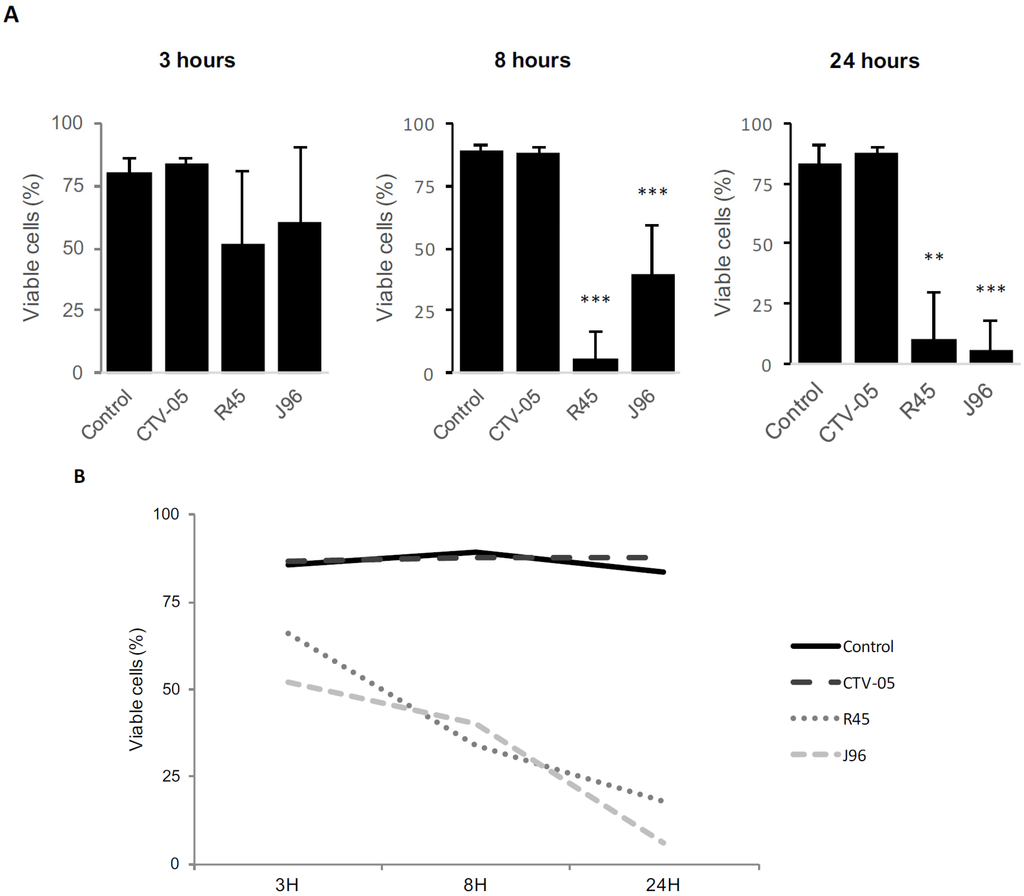