The Paradigms of Industry 4.0 and Circular Economy as Enabling Drivers for the Competitiveness of Businesses and Territories: The Case of an Italian Ceramic Tiles Manufacturing Company
Next Article in Special Issue

Not a Security Issue: How Policy Experts De-Politicize the Climate Change–Migration Nexus
Previous Article in Journal

Capability Deprivation, and the Intergenerational Transmission of Social Disadvantages—Empirical Evidence from Selected Countries

Climatic Impacts and Responses of Migratory and Non-Migratory Fishers of the Padma River, Bangladesh 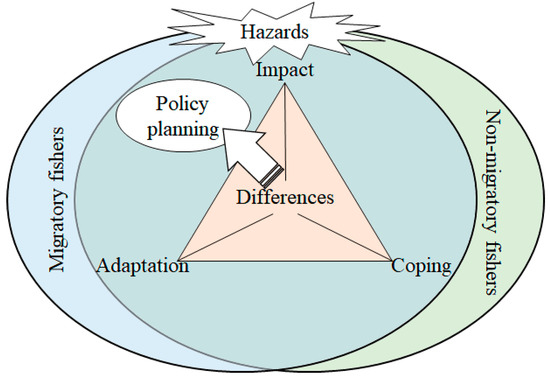