Trisha Brown: Between Abstraction and Representation (1966–1998)

Rosas, the Storyless, and Roles

Analyzing the early work of Anne Teresa De Keersmaeker—and particularly Rosas danst Rosas (1983)—this article examines the notion of “the storyless” in relation to the role: that pillar of dance, and especially choreography, which enables the individuation, transmission, and exchange of each dancer’s part. Set in relation to the principles of serial music that De Keersmaeker had already explored in Fase (1982) and to the idea of seriality itself, the role provides a way to consider how “storylessness” could be both emancipatory and feminist. It responds to identitarian models of feminist argumentation by suggesting that a virtue of certain forms of abstraction lies in the pleasurable ways that dance’s roles demonstrate the circulability and exchangeability of the self. View Full-Text
Keywords: abstraction; dance; choreography; roles; serialism; postmodern; feminism; European; contemporary; stories abstraction; dance; choreography; roles; serialism; postmodern; feminism; European; contemporary; stories
►▼ Show Figures 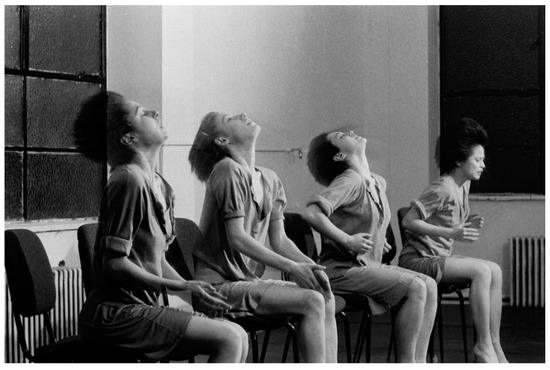