The Silent Researcher Critique: A New Method for Obtaining a Critical Response to a Holographic Artwork
Next Article in Special Issue

Mapping the Sea on Scotland’s Peripheries
Previous Article in Journal

Reframing the Horizon within the Algorithmic Landscape of Northern Britain

Time and Mobility in Photographs of the Northeast Industrial Landscape

This paper addresses documentary landscape photographs of the industrial and post-industrial Northeast of England from 1983 to 2005. Adopting a “mobilities” approach, this paper addresses these images as revealing a process, in which the movement of things and people, on multiple scales and timeframes, continually adapts space and the subjectivities of the people inhabiting it. The representation of mobility is considered in relation to issues of time in the photograph and it proposes one approaches these images not as static representations of a singular time and place but as part of an extended “event”. This interpretation was suggested by Ariella Azoulay and the approach encompasses the historical circumstances of their making, in addition to the multiple viewing positions of their consumption. As such, these photographs suggest an ongoing relationship between power, movement and dwelling. The paper advocates for a contemplative, relational viewing position, in which viewers consider their own spatio-temporal and socio-political position in regard to those landscapes, as well as a continuum of mobilities. View Full-Text
Keywords: mobilities; photography; mining; Amber Collective; County Durham; Azoulay mobilities; photography; mining; Amber Collective; County Durham; Azoulay
►▼ Show Figures 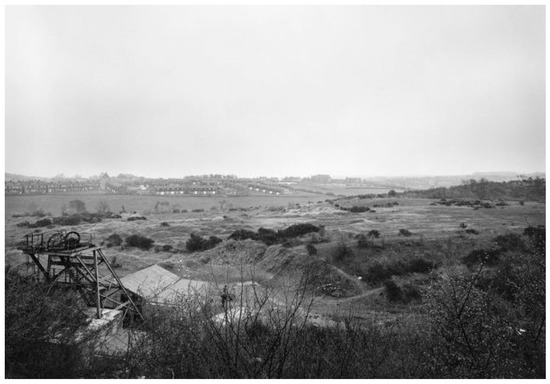