From the Application of Printings to Metal Inclusions in Glass: Development of Techniques
Previous Article in Journal / Special Issue

An Empirical Approach to Colour in Glass

:
This paper is a metaphorical extension of my practice of intertwining my conceptual/theoretical development with my personal history. Allowing the autobiographical narrative to become the driver of my practice has had a profound influence on my work. This has resulted in changes in the intention and scale of my work and new approaches to making, with a re-evaluation of the hierarchy of processes and materials. Written as a reflective case study, from a practice-led research perspective, the paper illustrates a realignment in creative methodology from a craft-based practitioner specialising in kiln-formed glass, to that of a mixed media sculptor. This transition was made in response to my desire to break free of my perceived confines as a craft practitioner, with a focus on technical excellence and the predominant language of glass, and place the concept at the forefront of my practice. This enabled me to explore the relationship of personal geographies of landscapes, to inform my prevailing concepts of corporeal vulnerabilities, in a more integral way. S-O-T Body Repairs was the title of a solo exhibition that sprang from this body of research and is discussed in this paper.
Keywords:
narrative; materiality; corporeal; auto ethnographic; place; values; art glass; readymade; sculpture; craft 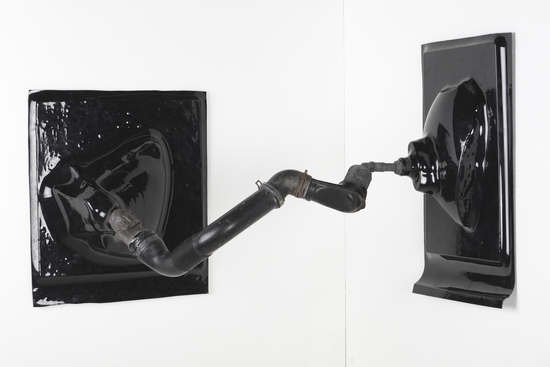 It is important for me to contrast the setting of manufacture with the domestic, as the domestic was and still is a hidden industry of one, but it was a place that I did not aspire to inhabit. Pollock (1991) defines and compares the mental map of the masculine in terms of the competitive, divisive world of business with that of the feminine, the domestic ‘non-social space of sentiment and duty from which money and power were banished’, these institutionalized roles informed the mind-set of my parents’ generation situated in landlocked Stoke-on-Trent. At the root of such social divisions that organize culture, define roles and social status through the activity of work, are biological distinctions ‘the opposition between productive and reproductive work’ (Chamberlain 2000). My mother had the isolation of domestic life to fill and make worthwhile. An obsession with cleanliness, the creation of order within the domestic setting became my mother’s (pre)occupation. She gave herself endless repetitive tasks to fill her week to keep herself busy. Cleanliness was next to Godliness, dirt was the enemy, it existed in the surrounding countryside, alien environments and industrial settings. Mary Douglas (1966) referred to dirt as a disordered ‘matter out of place’.
As discussed in Drill Bits (see Figure 6) I began to fill cavities in my work with cleaning cloths, scourers, sponges, etc. they provided a padding rich in colour and texture. It was important that the cleaning materials were dirty to show signs of obsessive cleaning and the collection of debris, stains etc. This introduced the feminine aspect into my work. These cleaning materials symbolize the restrictions imposed by a patriarchal society; the confines of domestic denigration. They also represent hard toil and aspects of making and cleaning in an industrious way. I appreciated the folded forms of the cloth and solidified these folds by dipping the fabric in wax, producing protective bases for small organ-like pieces to nestle in, as evident in Renaissance wax anatomical models that were displayed on protective silk-like cloths (see Figure 14).

5. The Problem with Art Glass 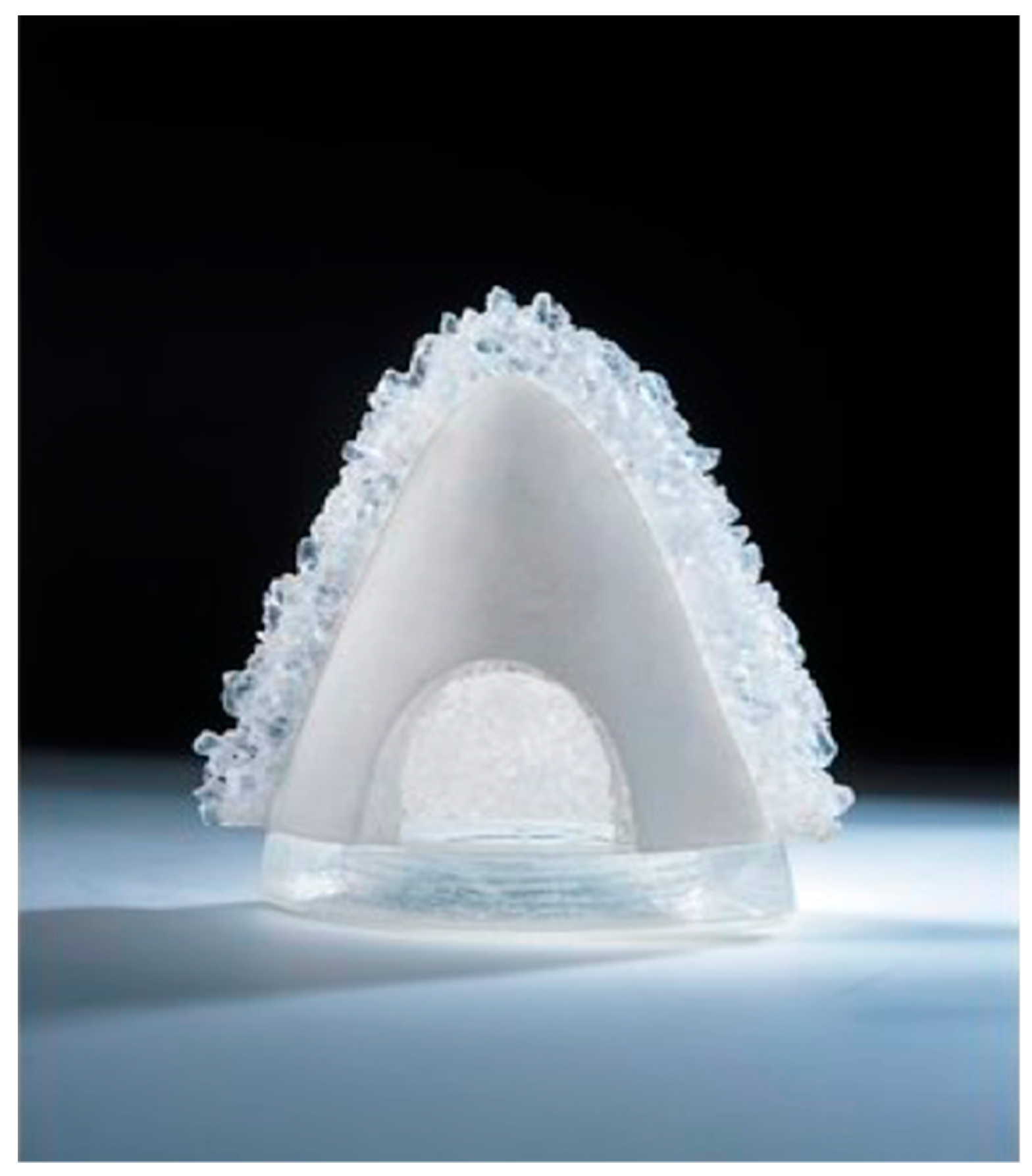 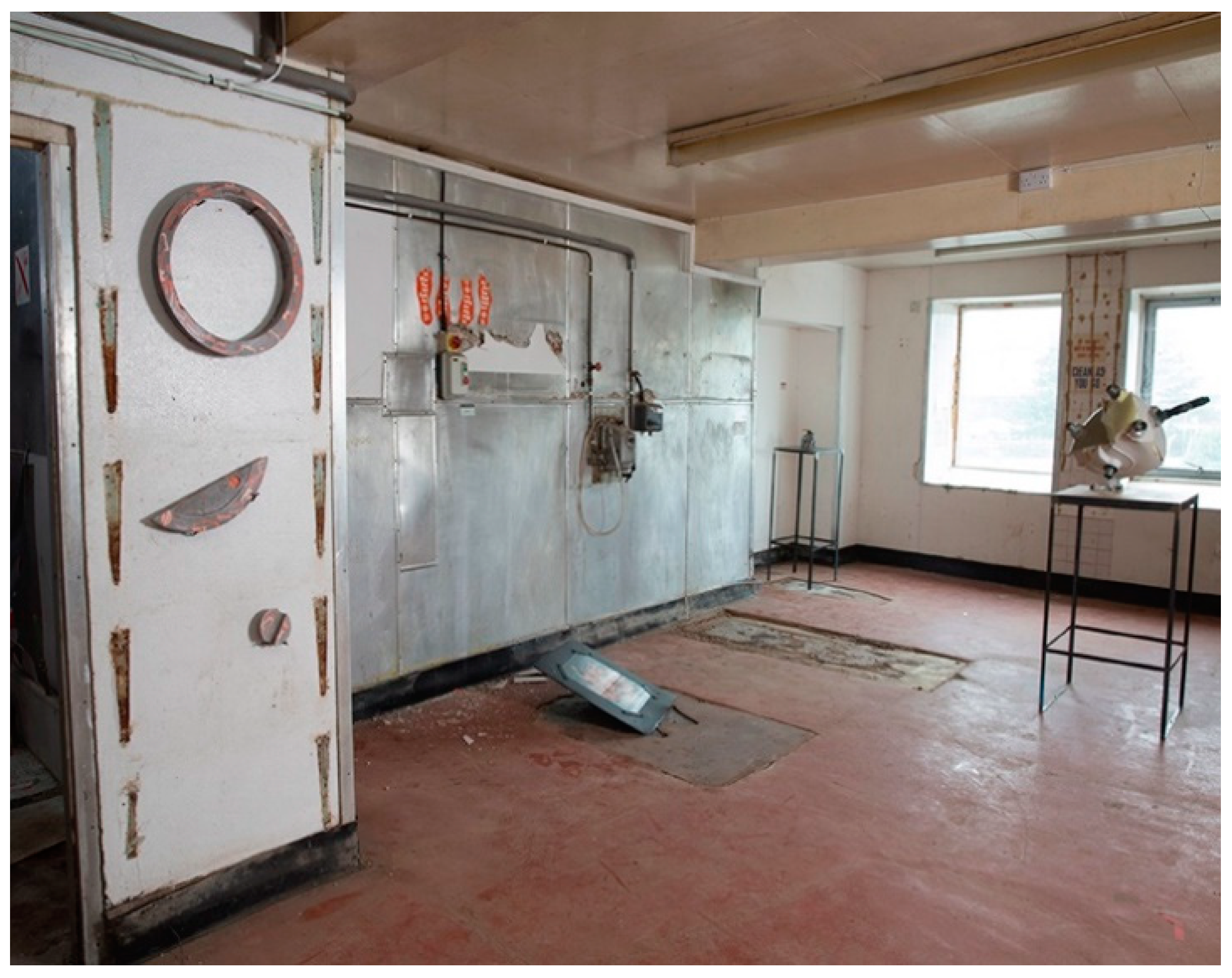 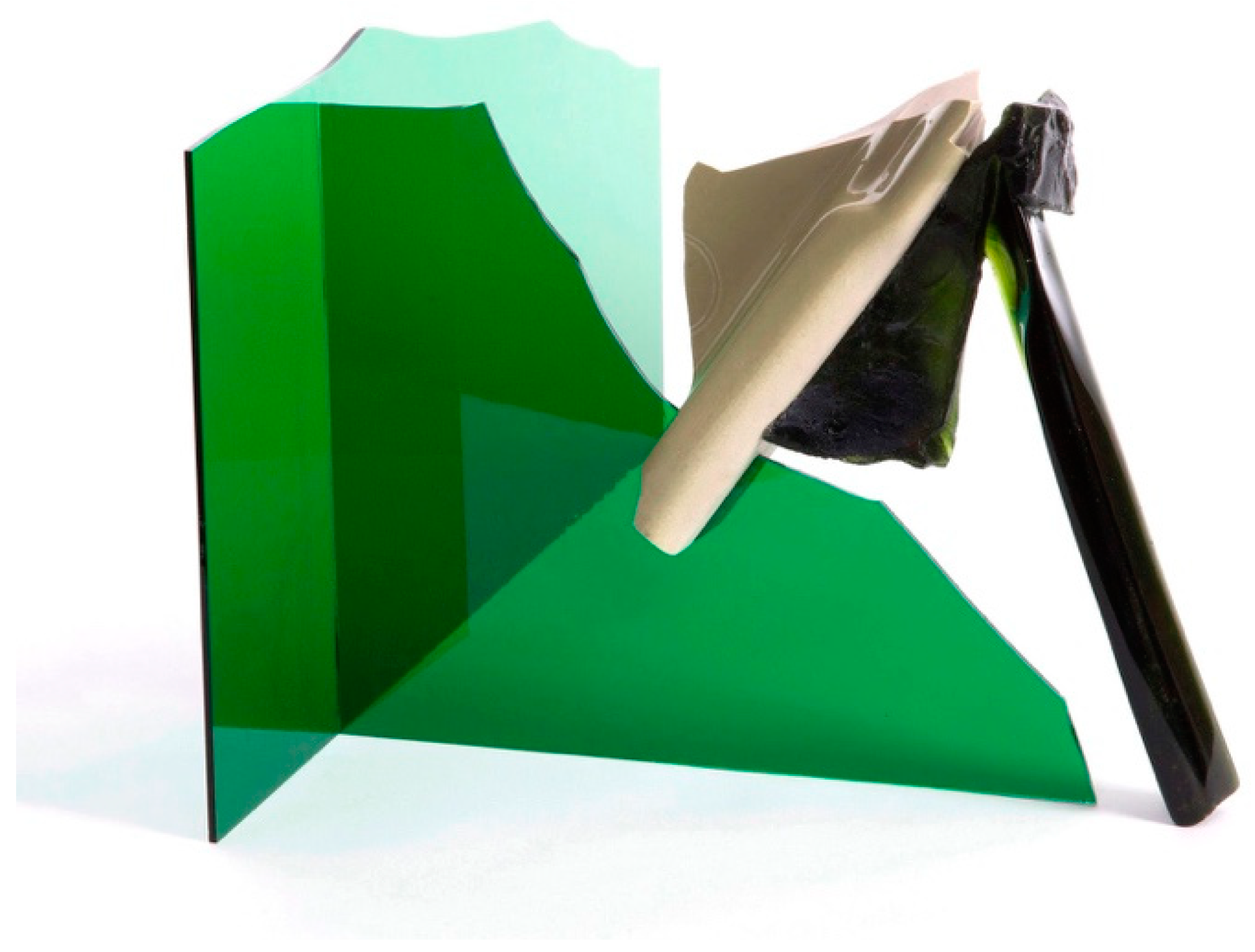 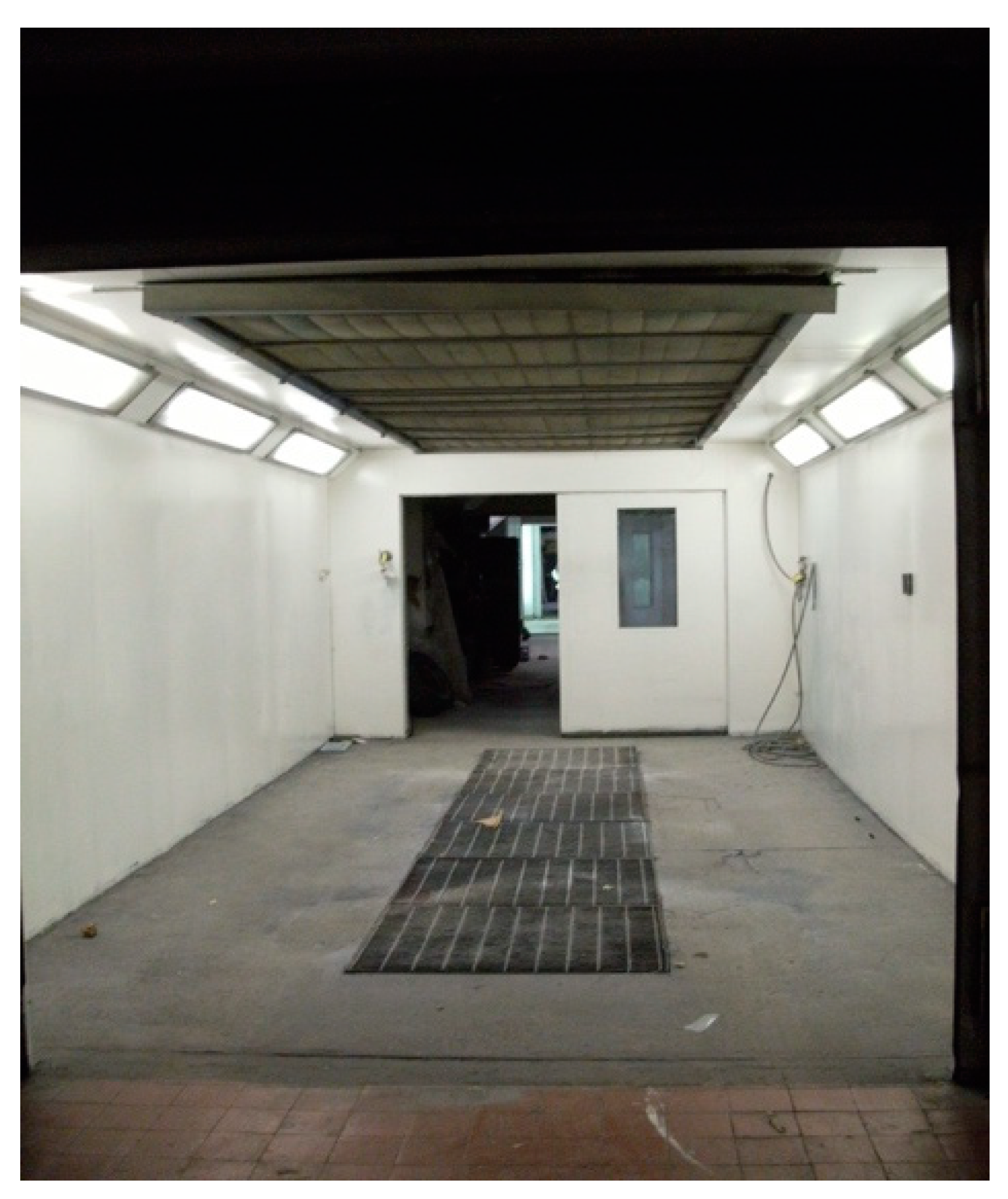 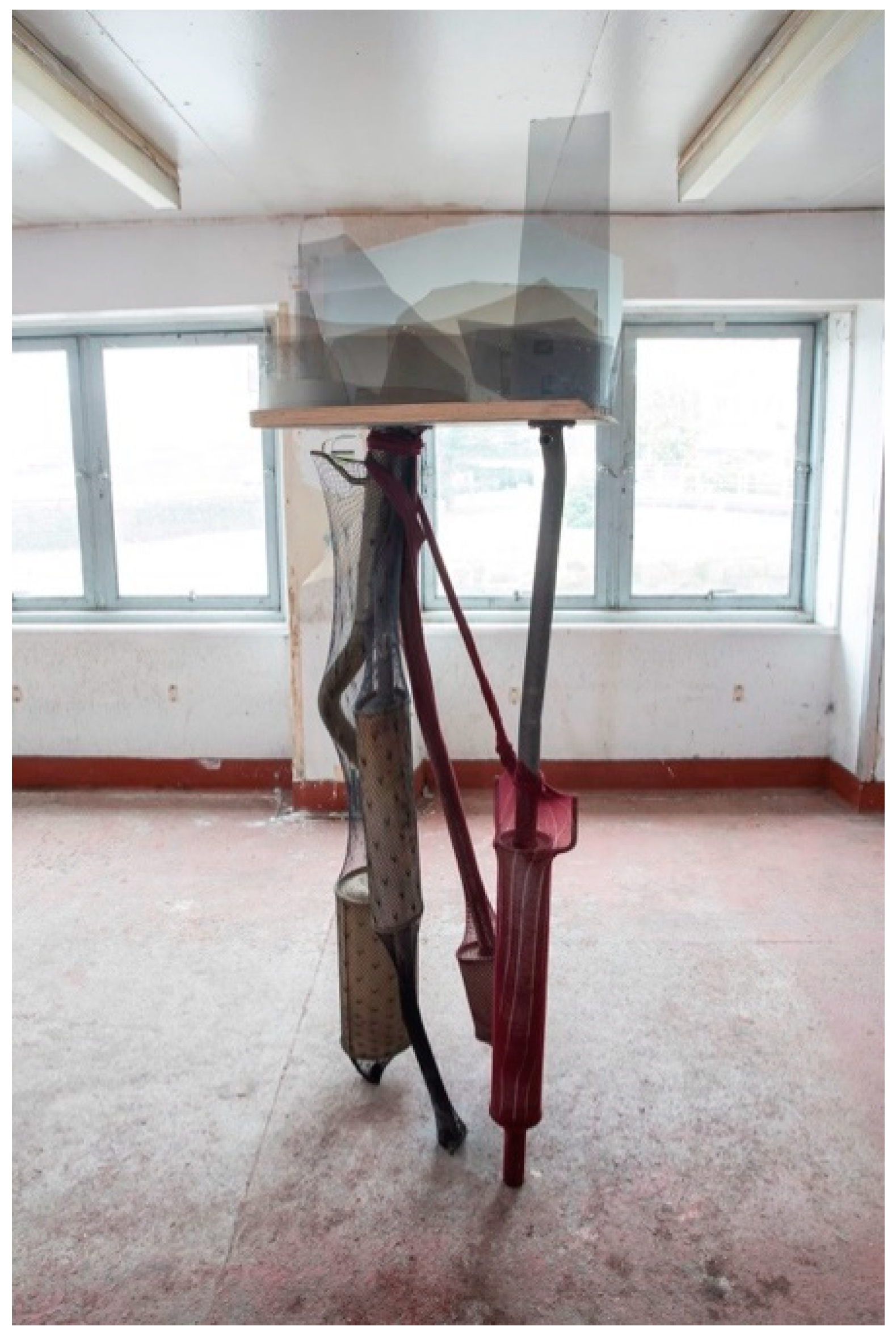 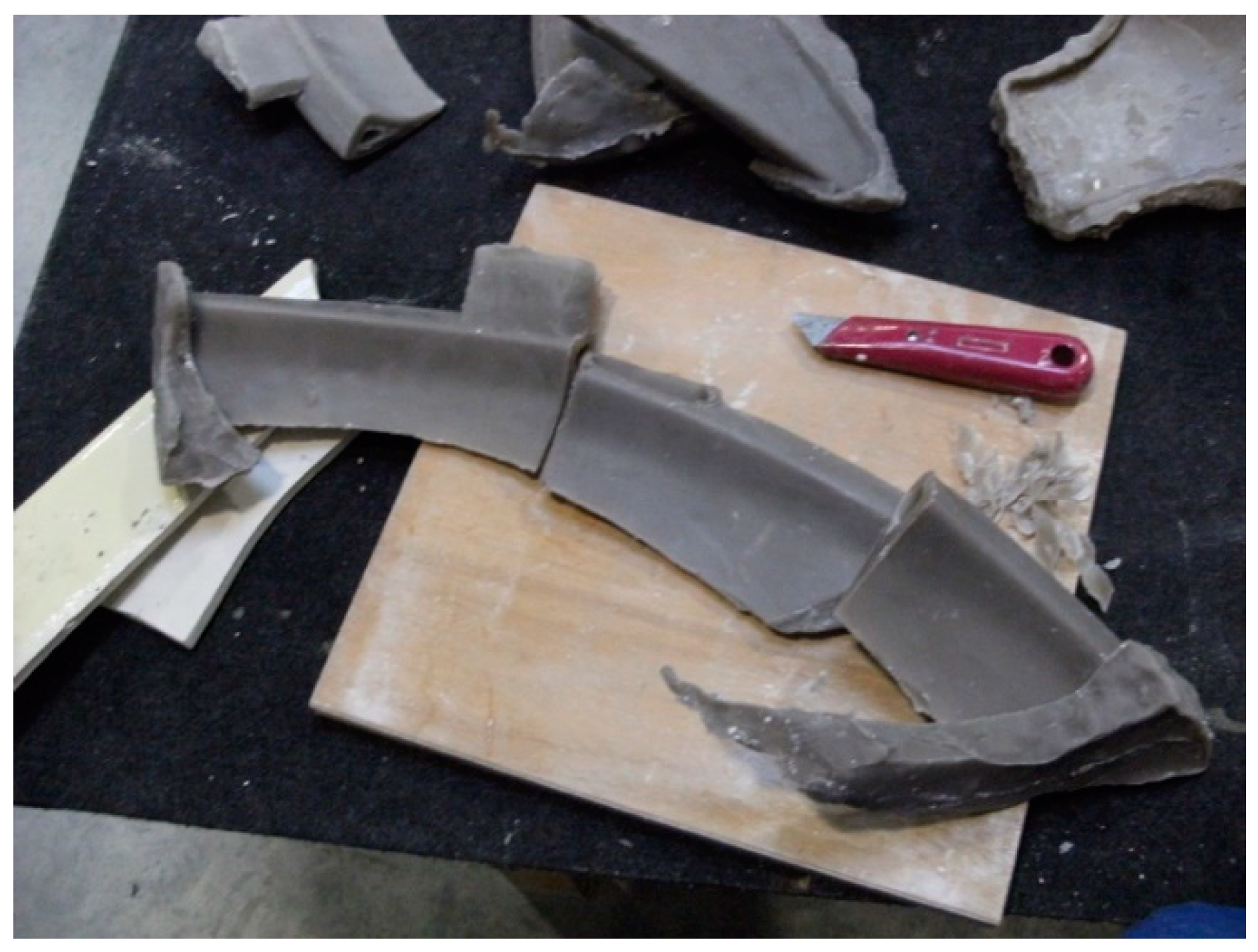 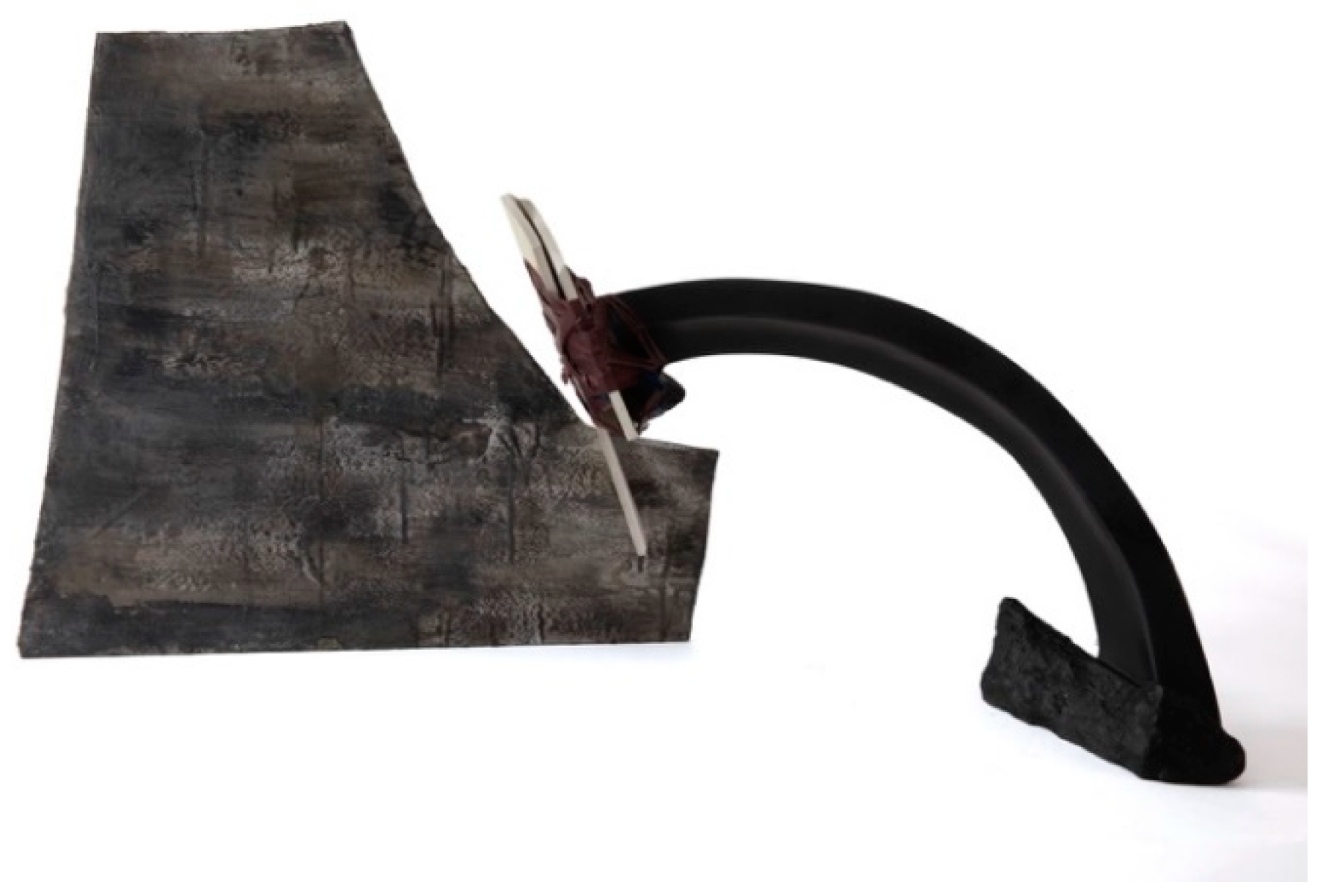 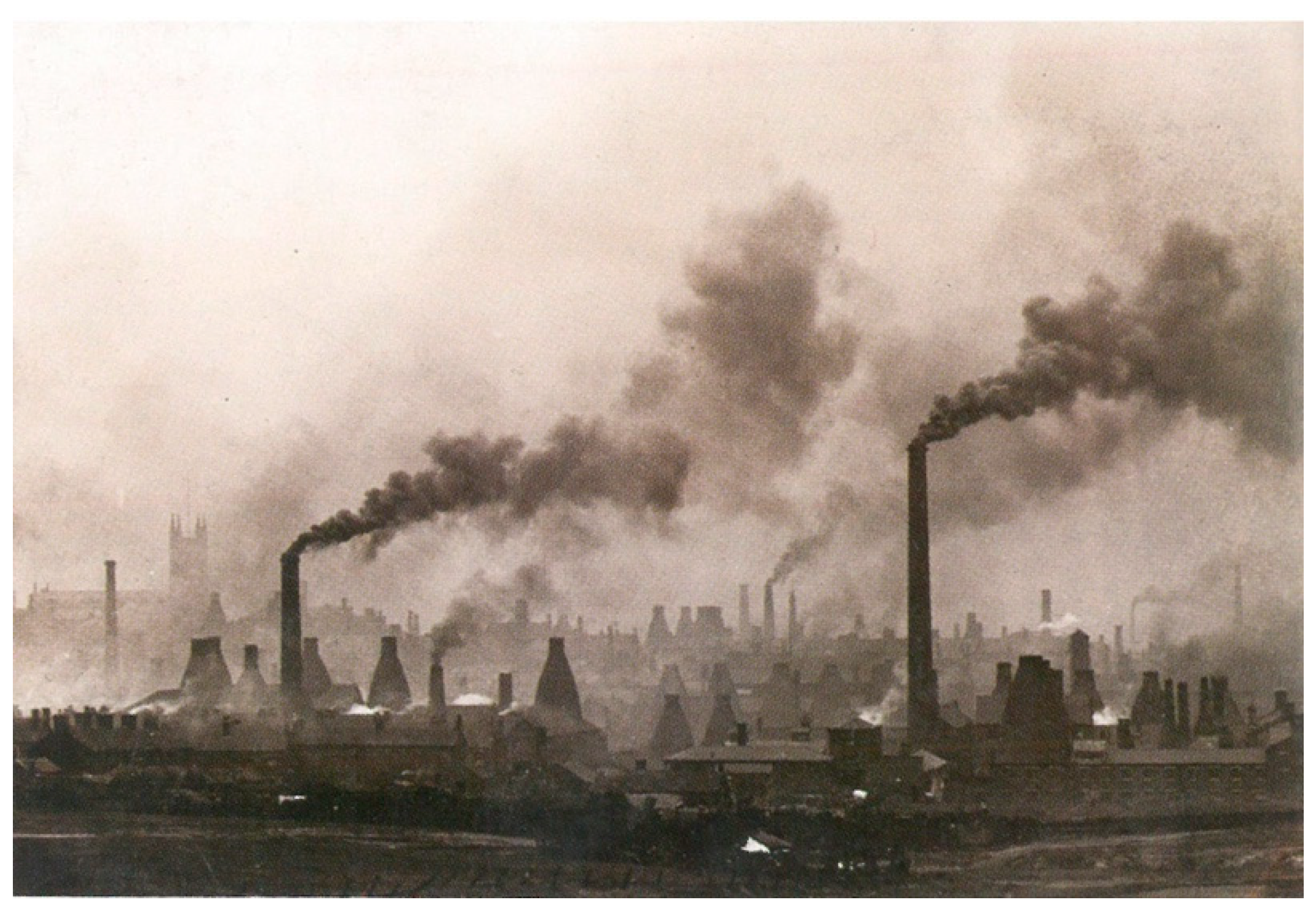 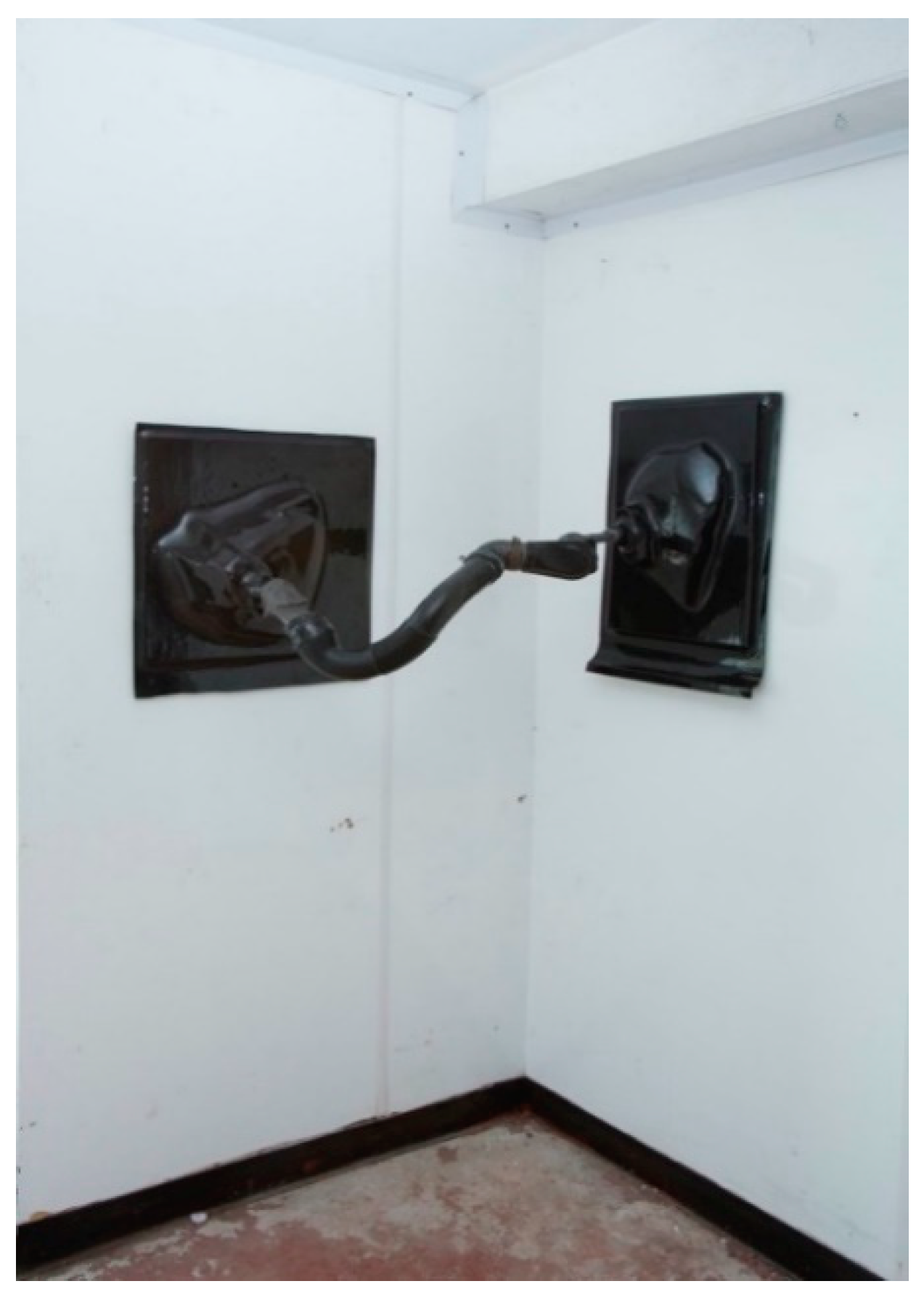 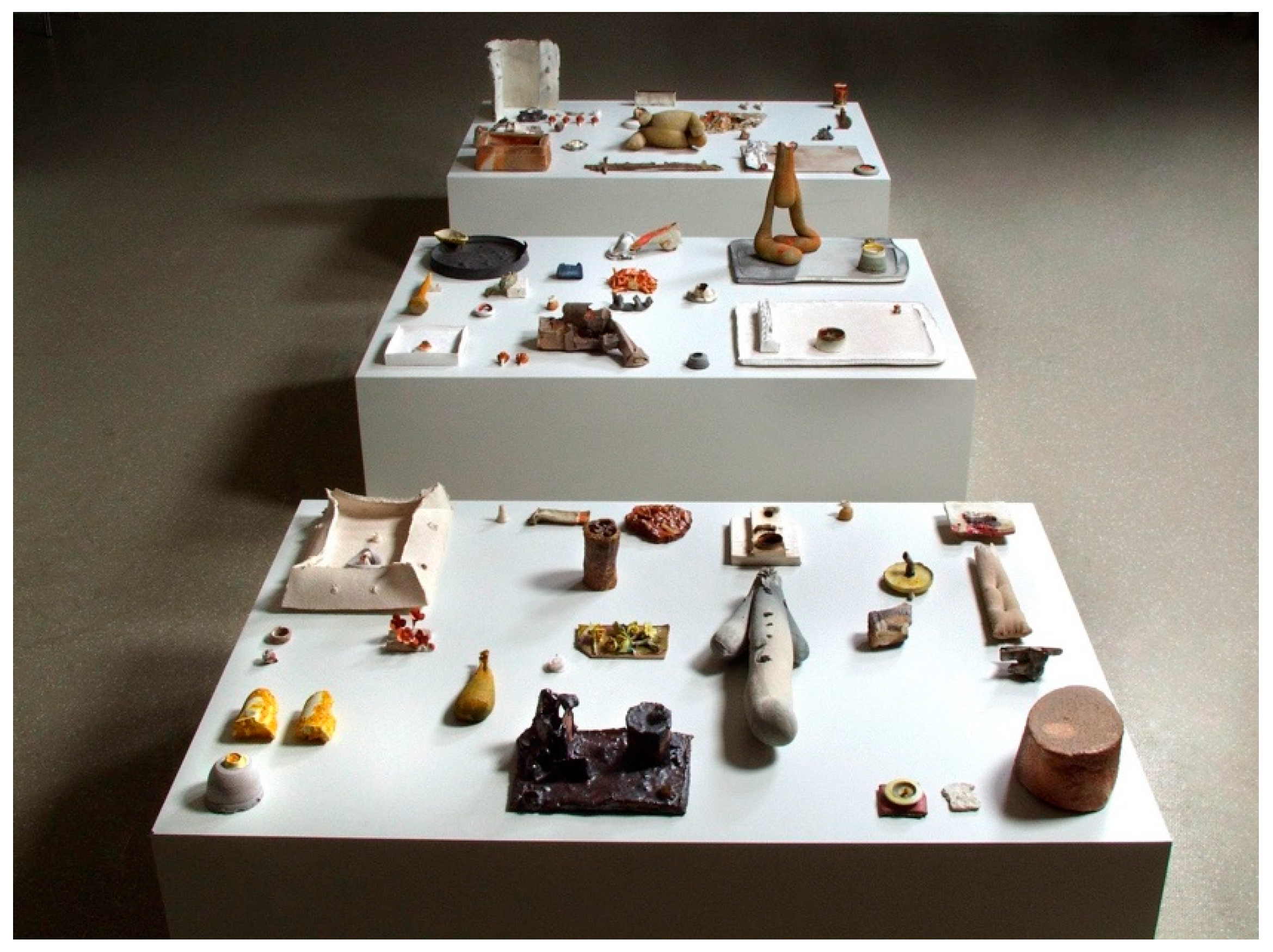 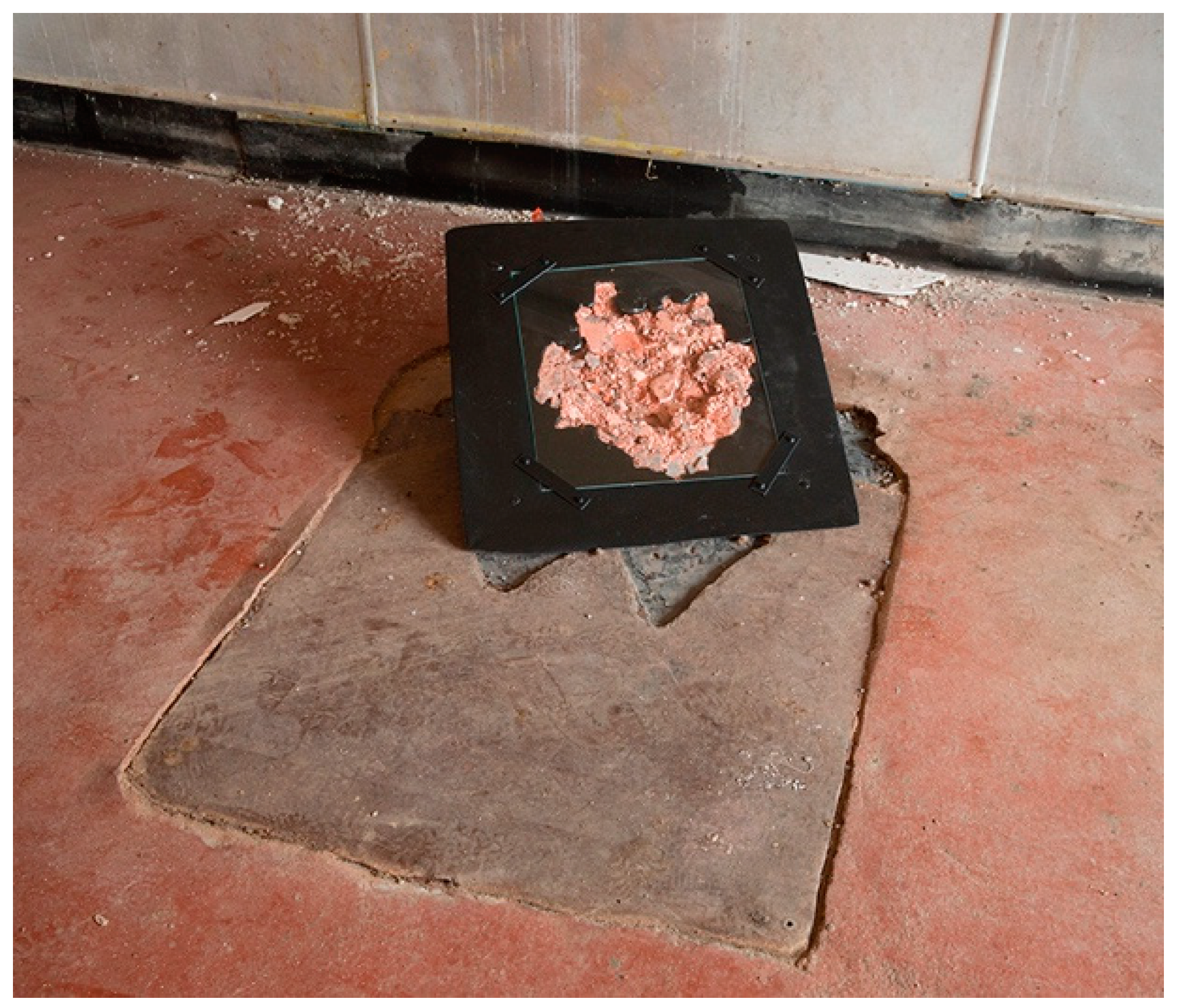 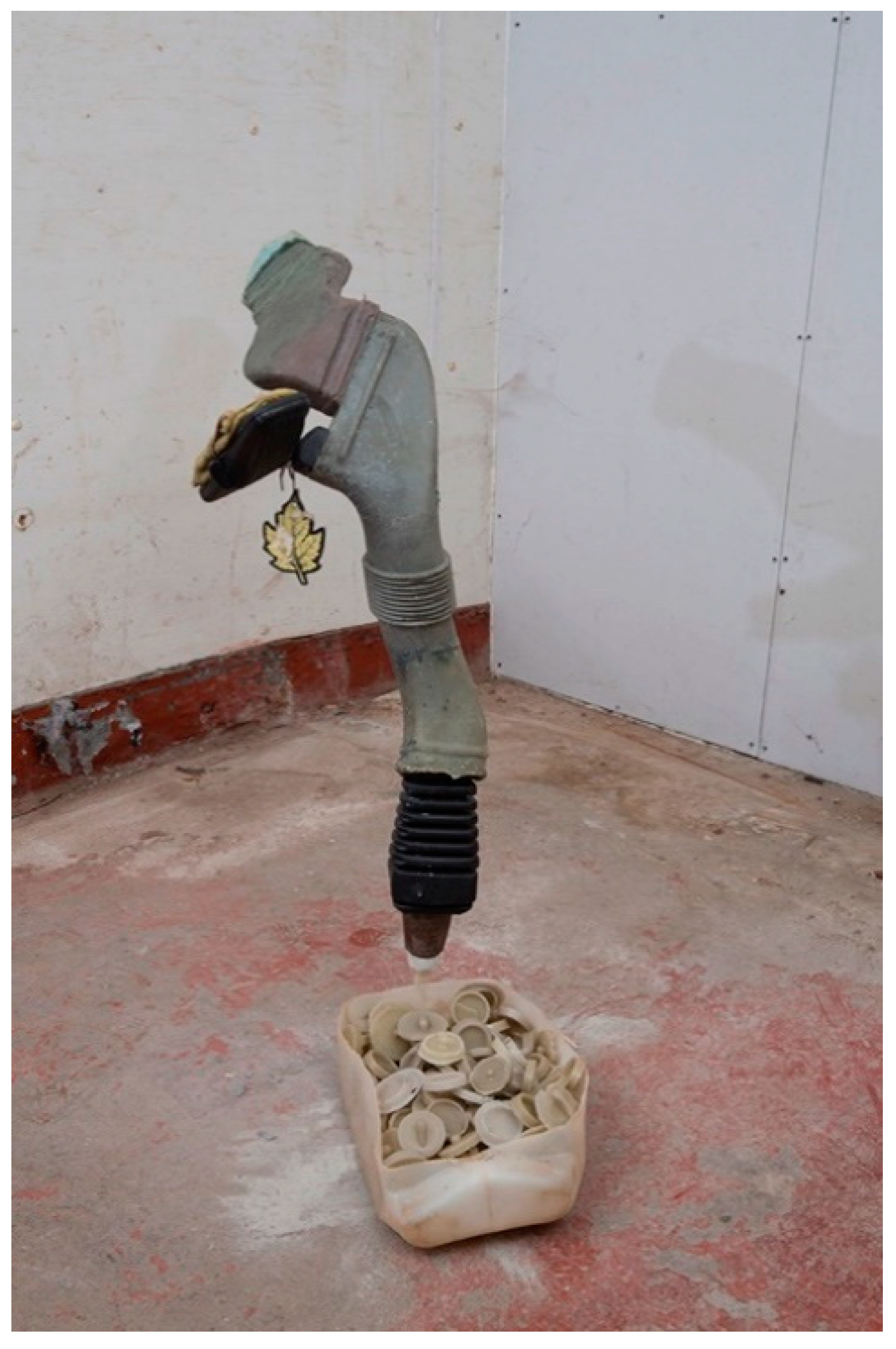 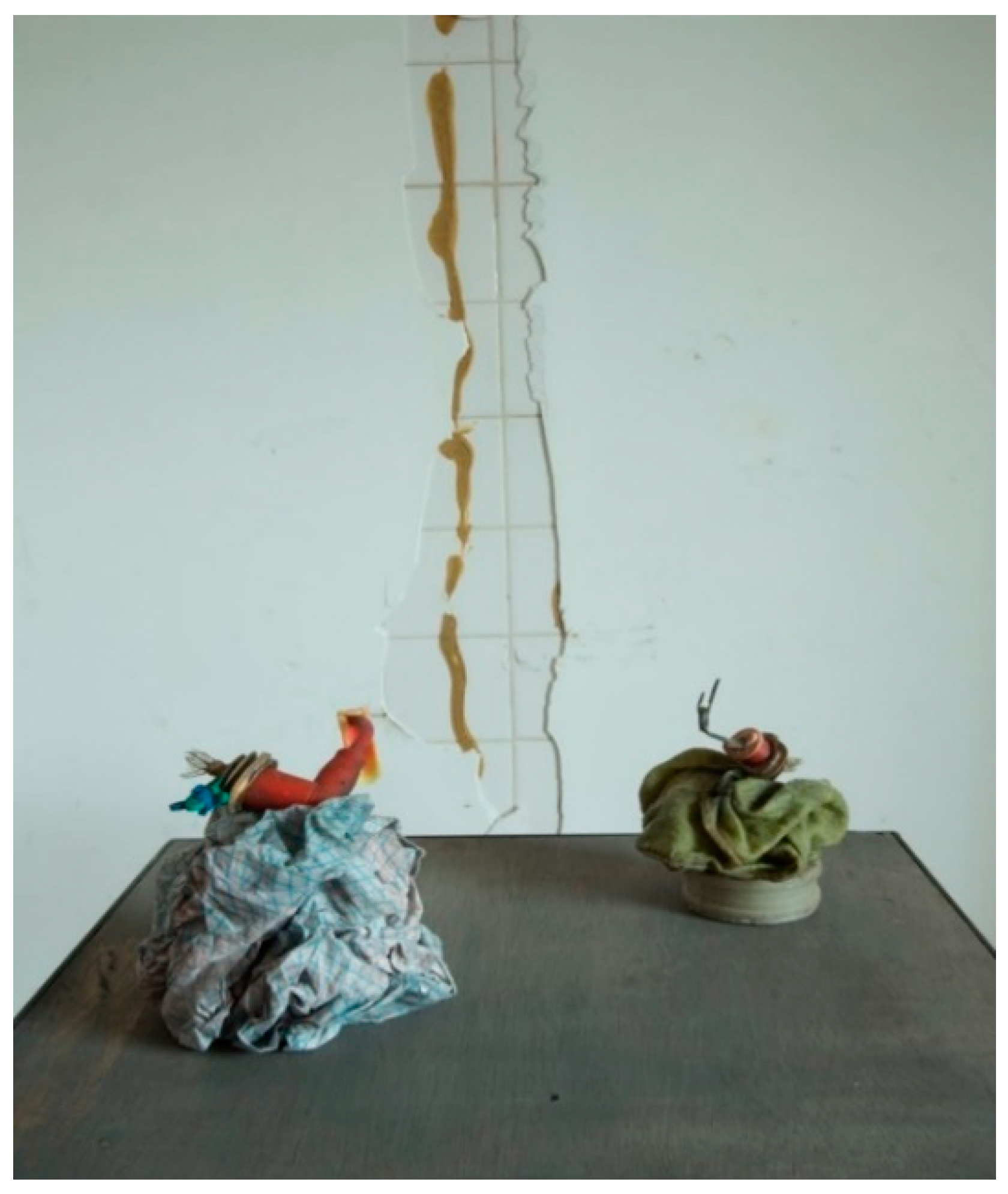