Fit for the Job: Proportion and the Portrayal of Cattle in Egyptian Old and Middle Kingdom Elite Tomb Imagery

Exhibitions in France as Symbolic Domination: Images of Postmodernism and Cultural Field in the 1980s

The article examines a group of exhibitions that took place in the late seventies and early eighties and are useful for grasping what was at stake regarding the debates on the tensions between modernist and post-modernist architecture. Among the exhibitions that are examined are Europa-America: Architettura urbana, alternative suburbane, curated by Vittorio Gregotti for the Biennale di Venezia in 1976; La Presenza del passato, curated by Paolo Portoghesi for the Biennale di Venezia in 1980; the French version of La presenza del passato—Présence de l’histoire, l’après modernisme—held in the framework of the Festival d’Automne de Paris in 1981; Architectures en France: Modernité/post-modernité, curated by Chantal Béret and held at the Institut Français d’Architecture (18 November 1981–6 February 1982); La modernité, un projet inachevé: 40 architectures, curated by Paul Chemetov and Jean-Claude Garcias for the Festival d’Automne de Paris in 1982; La modernité ou l’esprit du temps, curated by Jean Nouvel, Patrice Goulet, and François Barré and held at the Centre Pompidou in 1982; and Nouveaux plaisirs d’architecture, curated by Jean Dethier for the Centre Pompidou in 1985, among other exhibitions. Analysing certain important texts published in the catalogues of the aforementioned exhibitions, the debates that accompanied the exhibitions and an ensemble of articles in French architectural magazines such as L’Architecture d’aujourd’hui and the Techniques & Architecture, the article aims to present the questions that were at the centre of the debates regarding the opposition or osmosis between the modernist and postmodernist ideals. Some figures, such as Jean Nouvel, were more in favour of the cross-fertilisation between modernity and postmodernity, while others, such as Paul Chemetov, believed that architects should rediscover modernity in order to enhance the civic dimension of architecture. Following Pierre Bourdieu’s approach, the article argues that the tension between the ways in which each of these exhibitions treats the role of the image within architectural design and the role of architecture for the construction of a vision regarding progress is the expression of two divergent positions in social space. View Full-Text
Keywords: postmodernism; France; Paul Chemetov; Jean Nouvel; Centre Georges Pompidou; exhibitions; Pierre Bourdieu; symbolic domination; cultural field postmodernism; France; Paul Chemetov; Jean Nouvel; Centre Georges Pompidou; exhibitions; Pierre Bourdieu; symbolic domination; cultural field
►▼ Show Figures 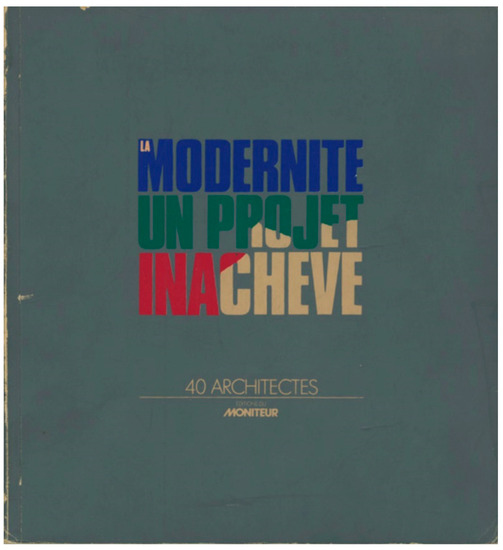