Viscoelasticity of Quartz and Kaolin Slurries in Seawater: Importance of Magnesium Precipitates

In this study, the viscoelastic properties of quartz and kaolin suspensions in seawater were analysed considering two distinct conditions: pH 8 and 10.7. Creep and oscillatory sweep tests provided the rheological parameters. An Anton Paar MCR 102 rheometer (ANAMIN Group, Santiago, Chile) was used with a vane-in-cup configuration, and the data were processed with RheoCompassTM Light software (ANAMIN Group, Santiago, Chile). The outcomes were associated with the formation of solid species principally composed of magnesium precipitates. The magnesium in solution reduced in the presence of quartz (68 wt %), from 1380 to 1280 mg/L. Since the difference was not large regarding the solid-free seawater, the disposition of solid complexes at pH 10.7 was expected to be similar. The jump in pH caused both yield stress and viscoelastic moduli to drop, suggesting that the solid precipitates diminished the strength of the particle networks that made up the suspension. For the kaolin slurries (37 wt %), the yield stress raised when the pH increased, but unlike quartz, there was significant adsorption of magnesium cations. In fact, the concentration of magnesium in solution fell from 1380 to 658 mg/L. Dynamic oscillatory assays revealed structural changes in both pulps; in particular, the phase angle was greater at pH 8 than at pH 10.7, which indicates that at more alkaline conditions, the suspension exhibits a more solid-like character. View Full-Text
Keywords: viscoelasticity; quartz; kaolin; seawater; magnesium precipitates viscoelasticity; quartz; kaolin; seawater; magnesium precipitates
►▼ Show Figures 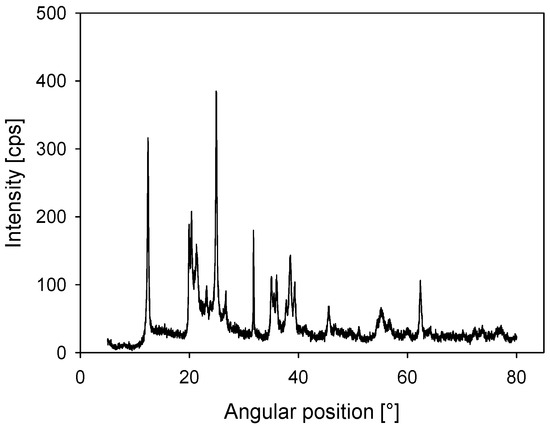