Evolution of Ternary AuAgPd Nanoparticles by the Control of Temperature, Thickness, and Tri-Layer
Next Article in Special Issue

Modeling Inclusion Formation during Solidification of Steel: A Review

A three-dimensional (3D) lattice Boltzmann (LB) model is developed to simulate the dendritic growth during solidification of Al-Cu alloys under forced and natural convection. The LB method is used to solve for solute diffusion and fluid flow. It is assumed that the dendritic growth is driven by the difference between the local actual and local equilibrium composition of the liquid in the interface. A cellular automaton (CA) scheme is adopted to capture new interface cells. The LB models for solute transport and fluid flow are first validated against two benchmark problems. The dendrite growth model is also validated with available analytical solutions. The evolution of a 3D dendrite affected by melt convection is investigated. Also, density inversion caused by solute concentration gradient is studied. It is shown that convection can change the kinetics of growth by affecting the solute distribution around the dendrite. In addition, the growth features of two-dimensional (2D) and 3D dendrites are briefly compared. The results show that decreasing undercooling and increasing solute concentration decelerates the growth in all branches of the dendrite. While increasing fluid velocity does not significantly influence upstream and transverse arms, it decreases the growth rate in the downstream direction considerably. The size ratio of the upstream arm to the downstream arm rises by increasing inlet velocity and solute content, and decreasing undercooling. Similarly, in the case of natural convection, redistribution of solute due to buoyancy-induced flow suppresses the growth of the upward arm and accelerates the growth of the downward arm. Considering the advantages offered by the LB method, the present model can be used as a new tool for simulating 3D dendritic solidification under convection. View Full-Text
Keywords: dendritic growth; solidification; lattice Boltzmann method; convection; three dimensional simulation dendritic growth; solidification; lattice Boltzmann method; convection; three dimensional simulation
►▼ Show Figures 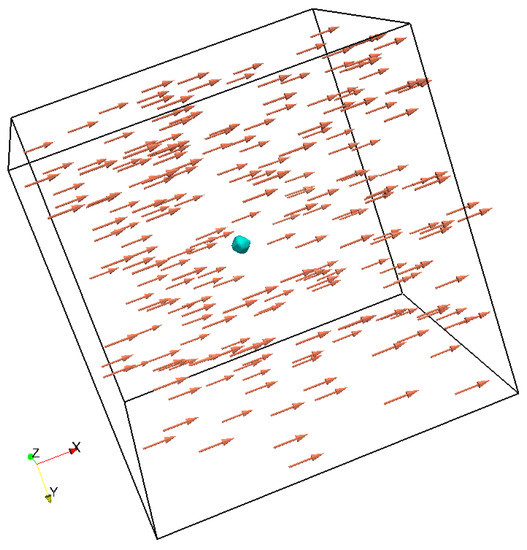