Flotation of Seafloor Massive Sulfide Ores: Combination of Surface Cleaning and Deactivation of Lead-Activated Sphalerite to Improve the Separation Efficiency of Chalcopyrite and Sphalerite
Next Article in Special Issue

Recent studies have shown that low grain sizes are favorable to improve ductility and machinability in tungsten, as well as a resistance to ablation and spallation, which are key properties for the use of this material in a thermonuclear fusion environment (Tokamaks such as ITER). However, as one of the possible incidents during Tokamak operation is the leakage of air or water from the cooling system inside the chamber, resulting in the so-called loss of vacuum accident (LOVA), extensive oxidation may arise on tungsten components, and the use of an alloy with improved oxidation resistance is therefore highly desirable. As current production routes are not suitable for the fabrication of bulk nanostructured tungsten or tungsten alloys samples, we have proposed a new methodology based on powder metallurgy, including the powder synthesis, the densification procedure, and preliminary mechanical testing, which was successfully applied to pure tungsten. A similar study is hereby presented on tungsten-chromium alloys with up to 6 wt.% Cr. Results show that full tungsten densification may be obtained by SPS at a temperature lower than 1600 °C. The resulting morphology strongly depends on the amount of the alloying element, presenting a possible second phase of chromium oxide, but always keeps a partial nanostructure inherited from the synthesized powders. Such microstructure had previously been identified as being favorable to the use of these materials in fusion environments and for improved mechanical properties, including hardness, yield strength and ductility, all of which is confirmed by the present study. View Full-Text
Keywords: tungsten alloys; ductility; nanostructure; mechanical properties tungsten alloys; ductility; nanostructure; mechanical properties
►▼ Show Figures 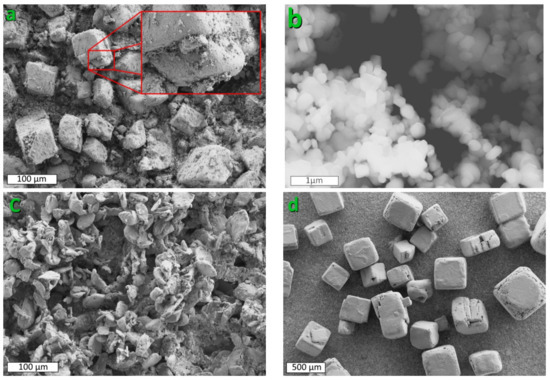