The Effects of Postprandial Resistance Exercise on Blood Glucose and Lipids in Prediabetic, Beta-Thalassemia Major Patients
Previous Article in Journal

In December of 2019, there was an outbreak of a severe acute respiratory syndrome caused by the Coronavirus 2 (SARS-CoV-2 or COVID-19) in China. The virus rapidly spread into the whole World causing an unprecedented pandemic and forcing governments to impose a global quarantine, entering an extreme unknown situation. The organizational consequences of quarantine/isolation are: absence of organized training and competition, lack of communication among athletes and coaches, inability to move freely, lack of adequate sunlight exposure, inappropriate training conditions. Based on the current scientific, we strongly recommend encouraging the athlete to reset their mindset to understand quarantine as an opportunity for development, organizing appropriate guidance, educating and encourage athletes to apply appropriate preventive behavior and hygiene measures to promote immunity and ensuring good living isolation conditions. The athlete’s living space should be equipped with cardio and resistance training equipment (portable bicycle or rowing ergometer). Some forms of body mass resistance circuit-based training could promote aerobic adaptation. Sports skills training should be organized based on the athlete’s needs. Personalized conditioning training should be carried out with emphasis on neuromuscular performance. Athletes should also be educated about nutrition (Vitamin D and proteins) and hydration. Strategies should be developed to control body composition. Mental fatigue should be anticipated and mental controlled. Adequate methods of recovery should be provided. Daily monitoring should be established. This is an ideal situation in which to rethink personal life, understanding the situation, that can be promoted in these difficult times that affect practically the whole world.
Keywords: strategies; team sports; athletes; training; isolation; COVID-19 strategies; team sports; athletes; training; isolation; COVID-19

In December of 2019, there was an outbreak of a severe acute respiratory syndrome caused by the Coronavirus 2 (SARS-CoV-2 or COVID-19) in Wuhan, Hubei Province, China. The virus rapidly spread across the country and then into the whole world [1], causing an unprecedented pandemic [2], forcing governments to impose an almost global quarantine. At the beginning of 2020 (January–March), the whole world, including the world of sports, entered an extreme and unknown situation [2], where, gradually, all sports competitions were postponed and any organized training or practice was banned [3]. The health of the athletes, coaches and spectators became a priority. The major local and international competitions, such as the European Football Championship and the Olympic Games in Tokyo, were postponed for a year. This unusual global crisis has caused a major organizational, financial and social disruption to athletes, coaches, clubs and sports federations. All teams have allowed their athletes to return home, where they are in mandatory home isolation following government guidelines. Isolation, of course, does not allow athletes to follow their usual training and competition schedule. Regardless of duration, isolation could have a significant impact on the physical and mental state of an athlete. However, to the best of our knowledge, no previous evidence on this particular topic has been published.
The organizational consequences of quarantine/isolation are: absence of organized training and competition, lack of adequate communication between athletes and coaches, inability to move freely, lack of adequate sunlight exposure, inappropriate training conditions [4,5]. Staying in quarantine can have negative effects, not only on most physiological systems, but also in the players’ lives. For example, isolation at home can lead to poor and inappropriate nutrition, poor quality of sleep, addictions, loneliness, just to name a few negative lifestyle changes. The physiological adverse effects of isolation include an increase in body fat content and a decrease in muscle mass, impaired immunity, loss of mental sharpness and toughness, insomnia and depression [4,6]. All of these consequences can have both a short- and long-term negative effect on the athletes’ physical fitness and competitive performance. Although it is difficult to predict the duration of the global COVID-19 crisis at this time, it is possible to predict the loss of training-induced adaptation [7,8,9,10,11].
Therefore, first, it is extremely important to identify these effects and to understand the mechanisms and effects on all physiological systems, as well as their impact on athletic performance. Second, but no less important, it’s important to provide practical recommendations to coaches and athletes to reduce the unwanted consequences of the forced quarantine.

3. Other Methodological Issues of Isolation

A major consideration when training athletes in home isolation is compliance, especially regarding the intensity and volume of exercise. It is difficult to monitor and ensure that the load that athletes use at home is appropriate to maintain physical fitness and performance at the required level. For recreational and ordinary people in isolation, maintaining an acceptable level of physical fitness is possible with moderate exercise [37], but high-level athletes need precise exercise prescription. Maintaining a high level of physical and mental fitness requires relatively high loads of submaximal and maximal intensity exercise [38]. Because of the lack of appropriate space (e.g., a football field) and the subsequent inability to perform sport-specific and/or high-intensity exercises, such as sprints, athletes returning to sport after the quarantine must be aware of an increased chance of injury. Therefore, sport governing bodies must offer appropriate time to the athletes and teams to prepare for high-level competition.
Lack of competition poses an additional problem to teams and athletes, because it is through competitions that athletes can best maintain their physical fitness and sport form. Competing activities in many sports with a congested competition schedule [39] is also a key factor which is an important developmental stimulus [40]. In addition, preparatory, control and official competitions are an important tool to establish and maintain optimal performance [41]. Consequently, the absence of competition has a negative impact on athlete’s performance and peak sports form.

4. Window of Opportunity during the Isolation

In spite of everything, some positive effects of isolation should also be kept in mind. In such conditions, the athlete can fully recover from all stresses, injuries and previously accumulated loads (overreaching and overtraining). For example, in team sports there are very few situations in the regular annual calendar in which a player can have a prolonged period of complete recovery from specific training and competition demands. Only off-season/transition periods can offer some opportunity for rest [42]. Isolation and the absence of intensive specific training and competition enable both complete cellular recovery and the avoidance of common daily mental stress. This is also an opportunity to implement developmental programs of certain physical abilities for which an athlete in team sports does not have enough time under the regular periodization regimen [43]. Off-season/transition periods like this exceptional situation are also a rare opportunity to have enough time for extensive injury prevention and individual athletic development work. That work prepares athletes for a rushed pre-re-season, including high-intensity work in wide spaces, and good performance with low injury risk, when the competitions resume. A very similar situation occurs after an athlete suffers a serious injury. Those athletes who use rehabilitation as an opportunity for athletic development generally return to competition in a better shape for the rest of the season, which consequently positively affects their future career [44]. In other words, this isolation is an opportunity for both a complete physiological and mental reset as well as for the athlete’s integral development. All the previously mentioned training and recovery programs should be strictly personalized [45].
Based on the current scientific and practical evidence, we strongly recommend the following points:

-
Encourage, provoke and motivate the athlete to reset their mindset and use this break as an opportunity for personal development [44];
-
Organize appropriate guidance and support to athletes by experts (sports coach, strength and conditioning coach, nutritionist, doctor, psychologist) by using technology (video call, e-mail, telephone, text messages);
-
Educate and encourage athletes to apply appropriate preventive behavior and hygiene measures to promote immunity and protect their own health and the health of the people in their immediate environment [6];
-
Ensure good living conditions in isolation (space, equipment, food, telecommunications). If possible, the athlete’s living space should be equipped with cardio equipment (treadmill, bicycles, rowing ergometer, etc.), resistance training equipment (dumbbells, elastic bands, abdominal wheels, medicine balls, etc.) and other equipment for frequent use (mats, foam rollers, self-massagers, etc.). If not, some forms of body mass resistance circuit-based training could promote (or maintain) neuromuscular and aerobic adaptations [6];
-
Organize alternative sports skills training (kinesthetic ball training in a small space, visualization, virtual reality technical aids, video analysis, theoretical training) based on the athlete’s deficits and needs;
-
Organize personalized strength and conditioning training at home with available space and material resources that are tailored to the athlete’s individual characteristics and current needs [45]. Focus on neuromuscular plyometrics (i.e., vertical and horizontal jumping) and eccentric training (i.e., elastic bands), to maintain some key adaptations related to the stretch-shortening cycle, strength and power performance. Adaptations of the stabilizer muscles as an indispensable element and facilitator of the efficient sensorimotor action of any act is also extremely important [46,47];
-
Educate the athlete about nutrition, supplementation (especially Vitamin D, zinc and proteins) and hydration in isolation conditions, and about strategies to control body mass and body composition [5,36,48,49]. It is important to consume food to fight off viral infections, thus advising against lower carbohydrate/intermittent fasting approaches is likely important [50];
-
Organize mental fatigue monitoring and mental training (mental self-help techniques and/or the support of a psychologist by telecommunication) [51];
-
Provide adequate methods of recovery (supplementation, sleep, breathing and meditation exercises, self-massage, myofascial relaxation, stretching, low back heat, etc.) [52];
-
Use forms of self-assessment (heart rate monitoring, hearth rate variability, hearth rate recovery, orthostatic test, simple movement functional tests, simple VO2max tests, etc.) that an athlete can use on a daily basis and share data with a strength and conditioning coach [53];
-
Establish daily monitoring of the athlete’s health, wellness, physical fitness, recovery [54] and workload by using technology (phone, applications, e-mail, text message) [55];
-
Even though many athletes are not currently injured, the time off is similar to the time off after an injury [56];
-
Finally, muscle memory is important to educate athletes, given that any losses are rapidly regained. This should quell some anxiety [57].

To conclude, an athlete’s life in isolation due to a COVID-19 crisis and imposed quarantine should have another, positive meaning. This is an ideal situation to rethink and reorganize one’s personal life and value system. Humility, gratitude, understanding of the global situation, empathy for other people, family values, attitude towards knowledge, spirituality, and helping the needy are just some of the values that can be promoted and truly lived in difficult times that affect practically the whole world. As athletes are often role models, in this challenging time they should take responsibility and promote “good values”. Thus, they can contribute to building better societies and better people and promote better human behavior.

The authors declare no funding sources. 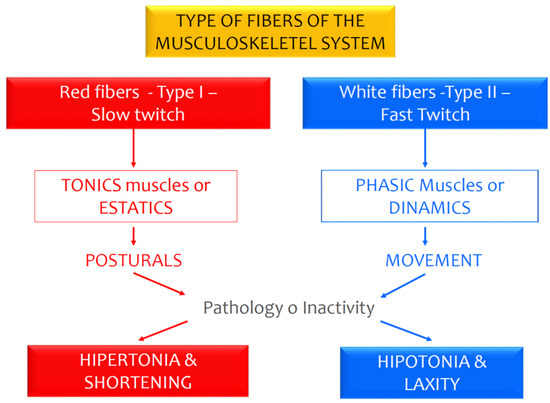