This study aimed to investigate the relationship between a specific isometric-strength sprint test (SIST) and unresisted maximum velocity (Vmax), sprint times across different loading conditions, and the velocity loss (Vloss) loads required to achieve each intended Vloss condition during resisted sprint training (RST) in rugby players. Additionally, the investigation examined the relationship between strength in the back-squat one-repetition maximum (1RM-SQ) as well as isometric squat (ISQT), jumps, and sprint performance variables. Twenty (n = 20) male amateur rugby players performed, on two separate occasions, a structural multiple-joint assessment of jumps, strength, and sprint performance. Interestingly, SIST revealed moderate correlations (r = 0.453 to 0.681; p < 0.05) between 1RM-SQ and ISQT. The SISTrel (relative to body mass), but not SIST, used in the present study showed moderate correlations (r = 0.508 to 0.675; p < 0.05) with the loads needed to reach 10%, 30%, and 50% of Vloss during RST. The SISTrel that measures resultant force application in a more sprint-related position explains much of the individual response of each athlete during sprinting towing a sled and can also be used to prescribe and quantify loads in the RST in a more objective and individual manner. View Full-Text
Keywords: team sports; performance; testing; training; speed team sports; performance; testing; training; speed
►▼ Show Figures 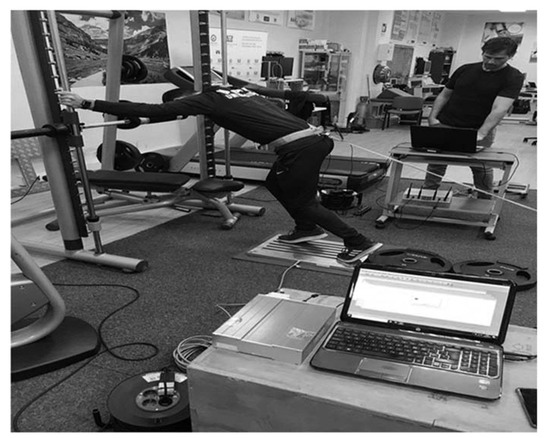