Background: It has been suggested that altering the knee flexion angle during a commonly used supine isometric strength test developed with professional soccer players changes preferential hamstring muscle recruitment. The aim of this study was to examine the electromyography (EMG) knee joint-angle relationship during this test, as these data are currently unknown. Methods: Ten recreational male soccer athletes (age: 28 ± 2.4 years) were recruited and performed a supine isometric strength test on their dominant leg with the knee placed at two pre-selected flexion angles (30° and 90°). The surface EMG of the gluteus maximus, biceps femoris, semitendinosus, and medial gastrocnemius was measured, in addition to the within-session reliability (intraclass correlation coefficient (ICC) and coefficient of variation (CV)). Results: Within-session reliability showed large variation dependent upon the test position and muscle measured (CV% = 8.8–36.1) Absolute mean EMG activity and percentage of maximum voluntary isometric contraction (MVIC) indicated different magnitudes of activation between the two test positions; however, significant mean differences were present for the biceps femoris only with greater activation recorded at the 30° knee angle (% MVIC: 31 ± 9 vs. 22 ± 7; p = 0.002). These differences (30% mean difference) were greater than the observed typical measurement error (CV% = 13.1–14.3 for the 90° and 30° test positions, respectively). Furthermore, the percentage MVIC showed a trend of heightened activation of all muscles with the knee positioned at 30°, but there was also more within-subject variation, and this was more pronounced for the gluteus maximus (CV% = 36.1 vs. 19.8) and medial gastrocnemius (CV% 31 vs. 22.6). Conclusions: These results indicate that biceps femoris and overall posterior chain muscle activation is increased with the knee positioned at 30° of flexion; however, the 90° angle displayed less variation in performance within individual participants, especially in the gluteus maximus and medial gastrocnemius. Thus, practitioners using this test to assess hamstring muscle strength should ensure appropriate familiarisation is afforded, and then may wish to prioritise the 30° knee position. View Full-Text
Keywords: hamstring; strength test; muscle activation hamstring; strength test; muscle activation
►▼ Show Figures 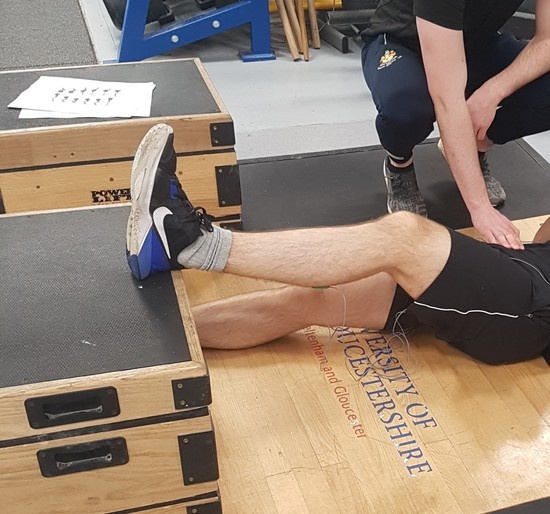