Numerous studies report a decline in insect biodiversity and biomass on a global scale. Since forensic entomology relies on the presence of insects, the question of whether this discipline will be or already is affected by such a decrease is not only posed to investigative authorities and the public, but also to the scientific community. While the data does indeed provide overwhelming evidence of insect decline, even if the methods of evaluation and data pooling are occasionally questioned, only a few studies deal with forensically relevant insects. These few data do hardly prove a decrease in forensically relevant insect species so far. However, one factor driving insect decline is likely to have also a strong influence on necrophagous insects in the future: climate change.

Recent reports have shown a dramatic loss in insect species and biomass. Since forensic entomology relies on the presence of insects, the question is whether this decline effects the discipline. The present review confirms that numerous studies document insect population declines or even extinction, despite the fact that the rates of decline and the methods used to demonstrate it are still much debated. However, with regard to a decline in necrophagous insects, there is little or only anecdotal data available. A hypothetical decrease in species diversity and population density in necrophagous insects could lead to a delayed colonization of dead bodies and a modified succession pattern due to the disappearance or new occurrence of species or their altered seasonality. Climate change as one of the drivers of insect decline will probably also have an impact on necrophagous insects and forensic entomology, leading to reduced flight and oviposition activity, modified growth rates and, therefore, an over- or underestimation of a minimum postmortem interval. Global warming with increased temperature and extreme weather requires a better understanding about necrophagous insect responses to environmental variations. Here, transgeneration effects in particular should be analysed in greater depth as this will help to understand rapid adaptation and plasticity in insects of forensic importance.
Keywords:
forensic entomology; climate change; global warming; development; succession; carrion

Nature seems to be losing, as a current United Nations report estimates that more than one million species are at risk of extinction in coming decades [1]. While such statements in recent years have mostly been based on summary studies of the most diverse vertebrate groups (e.g., [2,3]), insects have only become the focus of (public) interest in recent years. Despite the fact that there are more than a million described species of insects (and bearing in mind that another 4.5 to 7 million remain unnamed [4]), time-series data on e.g., ecological aspects and taxonomic nature of insect population trends are rare, compared to vertebrates, and often focused on certain groups of specialized taxa like agriculturally important species [5]. Nevertheless, recent reports have shown a dramatic loss in the biomass of flying insects over a period of less than 30 years [6,7] and sharp declines in the abundance of various insect groups [8,9,10]. Since forensic entomology relies on the presence and functionality of (mostly necrophagous) insects, the question is whether this massive loss of insects calls into question the applicability or flawless performance of this particular discipline. This paper summarizes the current knowledge of this topic and discusses potential issues in forensic entomology.

Up until now there has been no evidence for a decline in necrophagous insects. If there is any indication, it has no relevance for forensic entomology so far. This need not always be the case, and it is quite possible that single drivers of insect decline will sooner or later also affect forensically important taxa. Here, in particular, climate change and global warming can be named. It cannot really be expected that these factors will result in a decline, but they will have a strong impact on the biology and ecology of necrophagous insects. In this respect, therefore, it is not the decline in insects but climate change that will have a strong effect on forensic entomology and which research will have to address in the future. Here, the focus should be on transgenerational plasticity, because climate change will pose major challenges to the short-term adaptive abilities of insects. Existing associations such as the European Association for Forensic Entomology or the North American Forensic Entomology Association should establish a network of baseline data on the occurrence and activity of necrophagous insects, backed up with the relevant local climatic data and next-generation effects. Such cooperation and interaction will help to better understand key species and to better target the impact of climate change on forensic entomology, for example, by identifying specific factors such as e.g., droughts or the presence of heat islands in urban environments, as key players in triggering transgenerational effects and associated modified development. 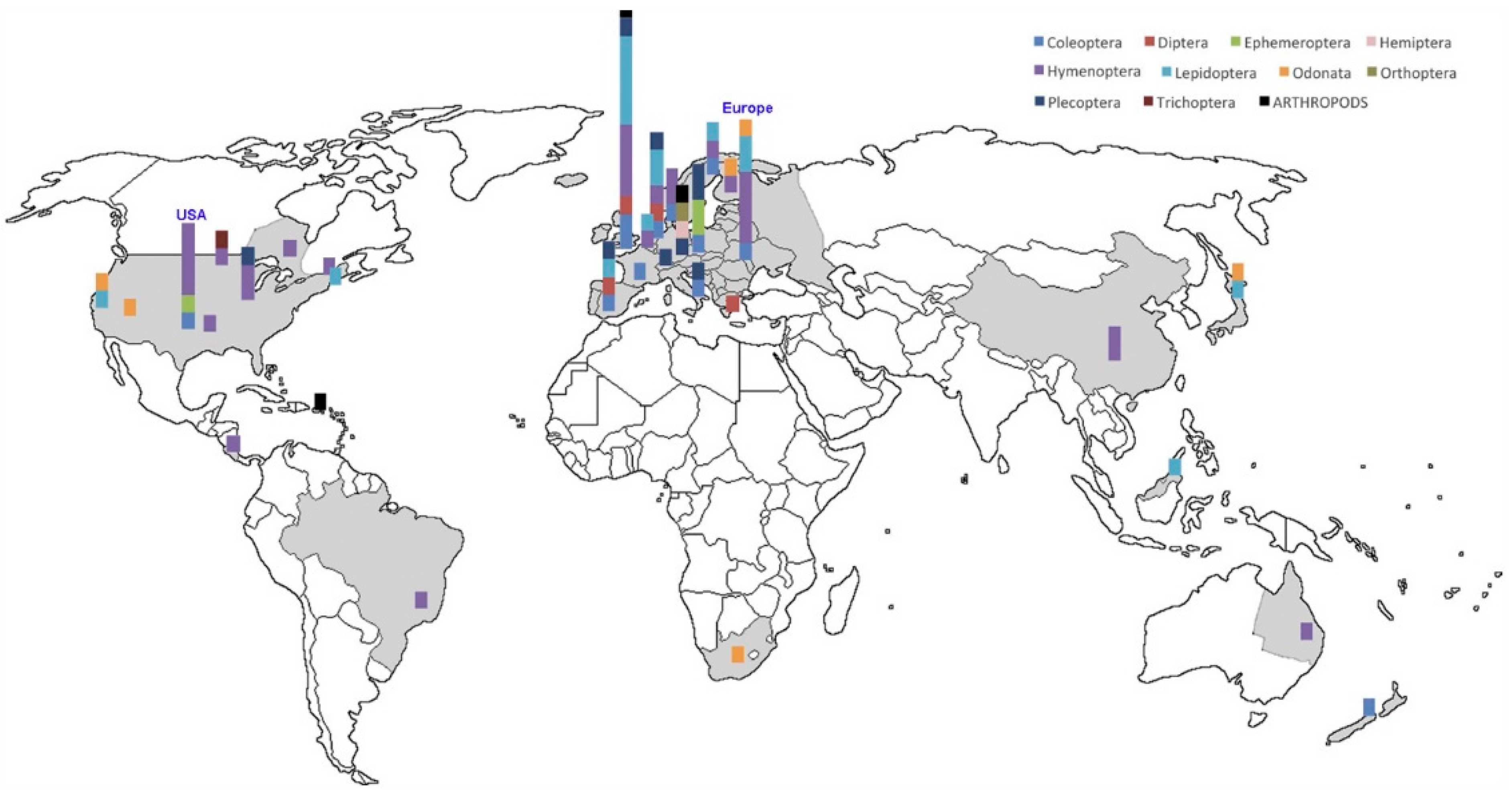