Transferrins (Trfs) are multifunctional proteins with key functions in iron transport. In the present study, a Trf (PxTrf) from Plutella xylostella was identified and characterized. The PxTrf consisted of a 2046-bp open reading frame, which encoded a 681 amino acid protein with a molecular weight of 73.43 kDa and had an isoelectric point of 7.18. Only a single iron domain was predicted in the N-lobe of PxTrf. Although PxTrf was expressed ubiquitously, the highest levels of expression were observed in the fourth instar larvae. PxTrf transcript level was highest in fat bodies among various tissues. The PxTrf transcript levels increased significantly after the stimulation of pathogens. A decrease in PxTrf expression via RNA interference enhanced the susceptibility of P. xylostella to the Isaria cicadae fungus and inhibited hemocyte nodulation in response to the fungal challenge. In addition, a considerable increase in the pupation rate was observed in larvae treated with double-stranded PxTrf (dsPxTrf). Overall, according to the results, PxTrf may participate in P. xylostella immunity against fungal infection and insect development. View Full-Text
Keywords: Plutella xylostella; Isaria cicadae; transferrin; expression patterns; immunity; development; RNAi Plutella xylostella; Isaria cicadae; transferrin; expression patterns; immunity; development; RNAi
►▼ Show Figures 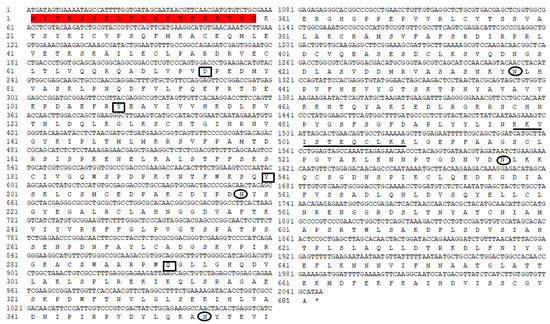