After the first record in 2008 in Southeast Italy, the alien invasive and quarantine pest Aleurocanthus spiniferus (orange spiny whitefly—OSW) has gradually spread throughout Europe, infesting several new host plants in addition to the known hosts. Molecular characterization of some Italian populations and a newly found Albanian population highlighted two different haplotypes invading Europe, belonging to one of the haplogroups previously recorded in China. A predator was recorded for the first time in several fields in Italy in association with OSW and other whitefly species. It was successively identified through a morpho-molecular characterization as a Nearctic member of the tribe Serangiini, the ladybird beetle, Delphastus catalinae. This predator represents a promising biocontrol agent to manage A. spiniferus outbreaks in Italy and other invaded countries. View Full-Text
Keywords: CBC; Citrus; grape; stone and pome fruit tree pest CBC; Citrus; grape; stone and pome fruit tree pest
►▼ Show Figures 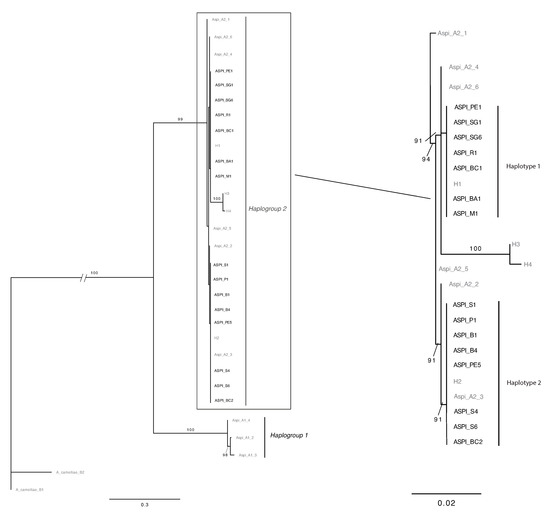