Lema bilineata (Germar) is an alien invasive leaf beetle (Coleoptera: Chrysomelidae) first recorded in Europe in the summer of 2017 in the province of Naples (Campania, Italy). It occurs on both cultivated plants (Nicotiana tabacum) and weeds (Salpichroa origanifolia and Datura spp.). Information on morphological characters, color variation and molecular data are deficient for L. bilineata, as is the case for most Lema species. These data could be useful to discriminate between this species and the closely related Lema daturaphila Kogan & Goeden, which has the same potential to become an alien invasive species. In this paper, color variation in adults and the morphology of the aedeagi and spermathecae of the two species are documented and compared, including micrographic images. Additional data on the current distribution of L. bilineata in Campania is also provided. The cytochrome c oxidase I (COI) barcoding region of both Italian and South African specimens of L. bilineata, as well as South African specimens of L. daturaphila, was sequenced. A preliminary phylogenetic tree is provided, based on the sequences available for Lema species. View Full-Text
Keywords: COI; color pattern; Criocerinae; genitalia; Solanaceae COI; color pattern; Criocerinae; genitalia; Solanaceae
►▼ Show Figures 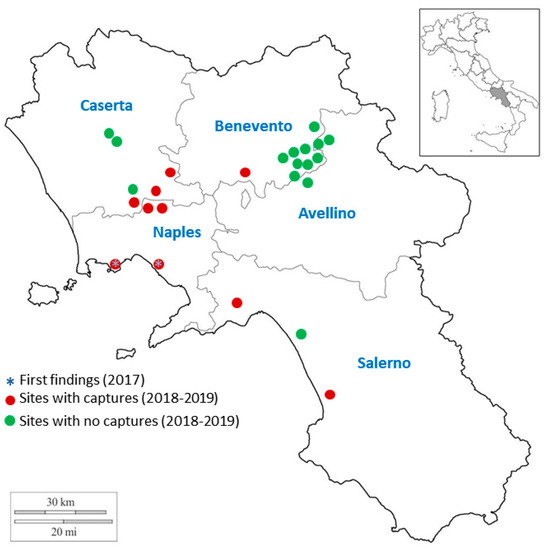