Effects of Iloprost on Arterial Oxygenation and Lung Mechanics during One-Lung Ventilation in Supine-Positioned Patients: A Randomized Controlled Study
Previous Article in Journal

It is important to identify cases of latent tuberculosis infection (LTBI) who are at risk for tuberculosis (TB) reactivation. We aimed to evaluate the performance of interferon (IFN)-gamma-inducible protein 10 (IP-10) as a marker to detect LTBI in patients with inflammatory rheumatic diseases (IRD). This study comprised 76 consecutive subjects with IRD. Patients with a history of TB or having active TB were excluded. In all patients, IP-10 level was measured and tuberculin skin test (TST) and QuantiFERON-TB Gold In-Tube test (QFT-GIT) were performed. Seventy patients with complete test results were analyzed. Twenty-one (30%) QFT-GIT-positive patients were defined as having LTBI. IP-10 yielded 2197 pg/mL cut-off point. At this cut-off point, IP-10 showed 89% specificity with a sensitivity of 91% (AUC: 0.950, 95% CI 0.906–0.994). TST, QFT-GIT, and IP-10 were positive in 77.1%, 30%, and 44.3% of the patients, respectively. Concordance among the results of TST, QFT-GIT, and IP-10 tests was evaluated. Agreement was poor between IP-10 and TST (58.6%, κ = 0.19), whereas it was good between QFT-GIT and IP-10 (84.3%, κ = 0.65). The results of the present study demonstrated that sensitivity and specificity of released IP-10 were as high as those of QFT-GIT in indicating LTBI in IRD patient group.
Keywords: latent tuberculosis; inflammatory rheumatoid disease; interferon-inducible protein-10 latent tuberculosis; inflammatory rheumatoid disease; interferon-inducible protein-10

Tuberculosis (TB) remains as an important problem all over the world. For a TB-free world, it is essential to reduce the prevalence of latent Mycobacterium tuberculosis infection and transition from latent infection to active disease [1]. Increase in immunosuppressive conditions highlight the need for additional strategies to maintain and improve TB control.
After the introduction of tumor necrosis factor (TNF)-α inhibitors (anti-TNFs) into inflammatory rheumatic diseases (IRD) treatment, we experienced more severe and more common TB infections in this group of patients [2,3]. Therefore, it has become obligatory to identify cases of latent tuberculosis infection (LTBI) prior to anti-TNFs [4].
Tuberculin skin test (TST), which is widely used in the diagnosis of LTBI, has some drawbacks, including variability in test application and low specificity due to purified protein derivative (PPD) presenting in non-tuberculous mycobacteria as well as in Bacille Calmette-Guérin (BCG) strains [5]. Moreover, TST use in IRD patients presents a major complicating factor: there is a decreased responsiveness of peripheral mononuclear cells, leading to a loss in delayed hypersensitivity, which is fundamental for the recognition of antigens, such as PPD [6].
Interferon (IFN)-gamma release assays (IGRAs) measure in-vitro T cell response to Mycobacterium TB-specific antigens [7]. Its results are more specific than those of TST, since mycobacterium TB-specific antigens [Early Secretory Antigenic Target-6 (ESAT-6) and Culture Filtrate Protein-10 (CFP-10)] that are not present in BCG and most of non-tuberculous mycobacteria are used during IGRA test on the contrary to PPD [8,9,10].
There are several unresolved issues on the potential clinical use of IGRAs. One area of controversy is whether they can be used in immunocompromised patients, in addition or as an alternative to the TST. The lack of a gold standard for LTBI diagnosis has complicated the assessment of diagnostic accuracy of IGRAs and the comparison of these tests with the TST [11]. Other Potential biomarkers to detect LTBI more accurately in IRD patients are needed. IFN-gamma-inducible protein-10 kDa (IP-10, CXCL10 [C-X-C motif chemokine 10]) is a pro-inflammatory chemokine involved in trafficking monocytes and T-cells to inflamed foci. In the studies, IP-10 level have been found to be much higher in the QuantiFERON-TB Gold in-Tube test (QFT-GIT) supernatants of TB patients as compared to the healthy individuals and it was thought that TB-specific antigen-stimulated IP-10 could be a potential biomarker for TB infection [12]. We aimed to evaluate the performance of IP-10 as a marker to detect LTBI and the agreement among TST or QFT-GIT in patients with IRD from moderate prevalence setting.

This cross-sectional study comprised all consecutive subjects with IRD [rheumatoid arthritis (RA) and ankylosing spondylitis (AS)], who were being treated and followed in the Istanbul Physical Medicine and Rehabilitation Training and Research Hospital and referred to our pulmonology clinic to be evaluated in terms of pulmonary diseases during a six-month period of time. All patients’ BCG status and medications used for IRD were reviewed and their chest graphs were evaluated. Patients with a history of TB in the past and the patients considered to have active TB were excluded. All patients were Human immunodeficiency virus (HIV) (−). This study was approved by Yedikule Chest Diseases and Thoracic Surgery Training and Research Hospital Ethics Committee (ID:2017/ 73) and all patients read and signed the informed consent.
Of the patients, 28 were on TNF-α treatment, 12 were on steroid treatment, and 21 were on disease-modifying antirheumatic drugs (DMARD). We assessed BCG vaccination status based on interviewing past vaccinations and scar inspection. All subjects underwent a chest radiograph, they were questioned about history of previous TB, and results of previous TST.

Immediately after blood was drawn, TST was performed by intradermal injection of 0.1 mL (5TU) of PPD (RT-23-tween80). The transverse diameter of induration was measured in millimeters 72 h later using the ballpoint pen method by only one examiner in all patients [13]. In IRD group, TST induration was interpreted according to published guideline as follows: 0 to 4 mm as negative and ≥5 mm as positive [14]. To maximize the detection rate for LTBI, two-step TST was performed, with a second TST administered 7–10 days after a negative initial test.

For the test, 1 mL of whole blood was drawn in each of three vacutainer tubes provided as part of the QFG-GIT system (Cellestis, Carnegie, Australia), a new generation of QFT test. These tubes are already pre-coated with saline (negative control), peptides of ESAT-6, CFP10, and antigen TB 7.7 (antigen stimulated), and PHA (positive mitogen control). The tubes were mixed and incubated for 20–24 h at 37 °C and they were frozen until further analysis. This plasma provided the unstimulated, antigen stimulated and mitogen stimulated supernatant samples.

IFN-gamma measurement was performed by enzyme-linked immunosorbent assay (ELISA) using QFG-GIT test according to the manufacturer’s instructions [15]. A result of ≥0.35 IU/mL of IFN-gamma in the TB antigen tube minus the negative control (or nil) tube was considered a positive result. If the level was less than this and the mitogen control was positive (≥0.5 IU/mL), a negative result was recorded. If the level in both the TB antigen and mitogen tube was less than the threshold for positive, or the level in the nil tube was >8.0 IU/mL, then an indeterminate result was recorded. As there is no gold standard for the diagnosis of LTBI, and BCG being a routine in our vaccination programme, IRD patients with a positive QFT-GIT were defined as having LTBI.

Qualitative measurements were defined in numbers and percentages. Descriptive analyses were expressed as means and standard deviation (SD) for normally distributed variables or median values and minimum-maximum for the non-normal distributed variables. Chi-square or Fisher’s exact test was used to compare frequencies or values of variables within the TST positive, QFT-GIT and IP-10 groups. We used receiver operating characteristic (ROC) analysis to examine discriminant validity. The concordance between TST, QFT-GIT and IP-10 was assessed by computing the Kappa statistics. Statistical analyses were performed using XLSTAT 2015.2.03 for Windows by Addinsoft. Statistical significance was at p < 0.05, two-tailed.

IP-10 value in nil tube was extracted from the plasma IP-10 value which was stimulated by TB antigen. Thus, we calculated the amount of IP-10 produced after stimulation with TB antigen. This value was called as released IP-10. To determine the diagnostic performance of TB antigen dependent IP-10, receiver-operator characteristic (ROC) curve analysis was performed in QFT-GIT(−) and QFT-GIT(+) IRD patients. It yielded 2197 pg/mL cut-off point. At this cut-off point, IP-10 showed 89% of specificity with a sensitivity of 91% (AUC: 0.950, 95% CI:0.906–0.994) (Figure 1).
Using the released IP-10, the results obtained with the cut-off value of ≥2197 pg/mL were considered positive. According to this cut-off value, IP-10 test was positive in 31 (44.3%) patients with IRD. Demographic and clinical features of the patients are demonstrated in Table 2.
Tuberculin skin test positivity was significantly higher in AS patients versus RA patients and IP-10 positivity was significantly higher in male versus female patients. No difference was determined between the patients with and without BCG vaccination, as well as the patients received and not received TNF-α inhibitor therapy, in terms of positivity of the tests (TST, QFT-GIT, IP-10). Likewise, it was observed that steroid use has no statistically significant effect on test results. TST positivity decreased with older age (p = 0.03). Contrary to TST, QFT-GIT and IP-10 positivity increased with age, but this increment was not statistically significant.
Concordance between the results of TST, QFT-GIT and IP-10 tests is demonstrated in Table 3. According to the TST threshold taken as ≥5 mm, agreement between QFT-GIT and TST was poor (55.7%, κ = 0.24), and it was also poor between IP-10 and TST (58.6%, κ = 0.19). The agreement was good between QFT-GIT and IP-10 (84.3%, κ = 0.65).
TST induration was observed in IRD patients with TST(+)/QFT-GIT(+) results (16.09 ± 4.35 mm); and with TST(+)/QFT-GIT(−) results (14.09 ± 4.20 mm) (p = 0.123). Likewise, the diameter of TST induration was found to be 16.11 ± 4.37 mm in TST(+)/IP-10(+) IRD patients and 13.18 ± 4.53 mm in TST(+)/IP-10(−) patients (p = 0.06).

The study was conducted in accordance with the Declaration of Helsinki, and approved by the or Ethics Committee of Istanbul Yedikule Chest Diseases and Thoracic Surgery Training and Research Hospital (protocol code 2017/73 and March 2017).

The data presented in this study are available on request from the corresponding author. The data are not publicly available due to privacy reasons. 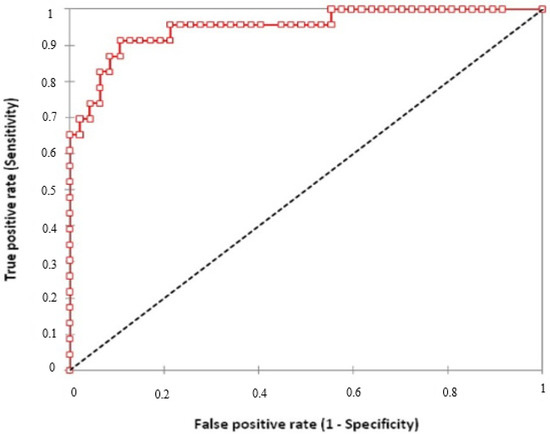 Table 3. Concordance among latent tuberculosis infection tests.
Table 3. Concordance among latent tuberculosis infection tests.
TST: Tuberculin skin test, QFT-GIT: QuantiFERON-TB Gold In-Tube test, IP-10: Interferon-gamma-inducible protein 10. TST assessment limit according to ≥5 mm.
© 2022 by the authors. Licensee MDPI, Basel, Switzerland. This article is an open access article distributed under the terms and conditions of the Creative Commons Attribution (CC BY) license (https://creativecommons.org/licenses/by/4.0/).
We use cookies on our website to ensure you get the best experience. Read more about our cookies here.
Accept
We have just recently launched a new version of our website. Help us to further improve by taking part in this short 5 minute survey here. here.
Never show this again