The panels identified a number of critical challenges to efficient and widespread implementation of NGS for oncology across Europe. Mainly, as the complexity and vast amounts of data generated through advanced molecular profiling techniques such as NGS increases [27], the one-biomarker-one-therapy approach becomes less relevant, and the I-PREDICT trial has already demonstrated the feasibility of NGS-based, customized multi-drug regimens in patients with refractory malignancies [19]. Implementation of such an approach is challenging for many systems and is therefore the main roadblock for NGS implementation across Europe.
More specifically, the main challenges relate to the demand for tests (which is influenced by governance, clinical standardization, and awareness and education) and supply of tests (influenced predominantly by equitable reimbursement, infrastructure for conducting and validating tests, and testing access driven by evidence generation; Figure 3). The panels also made recommendations for boosting NGS implementation, as detailed in Section 4.

2.1. Key Challenges to the Demand for Tests

Governance relates to the level of coordination between public and private sectors involved in policymaking at a national and global level [28]. Key governance-related challenges identified during the expert panels included:

Stakeholder awareness of NGS varies throughout Europe. As identified during the expert panels, access to NGS can be limited by low awareness among physicians of the availability of biomarker tests and limited knowledge of referral pathways, particularly in rural centers. Physicians also show uncertainty when interpreting and using genomic data to guide treatment; a survey across 19 European countries found 39% of clinicians to be dissatisfied with the conditions of non-small cell lung cancer molecular testing in their country, citing difficulties with understanding results [40]. This is confounded by the differing education of physicians across Europe. Awareness of NGS is also limited among patients; one survey found that 70% of patients with cancer reported not having received explanations of the importance of molecular testing [41]. Country-specific challenges and recommendations related to stakeholder awareness and education are summarized in Table S3.

2.2. Key Challenges to the Supply of Tests

There are challenges to equitable reimbursement and subsequent access to NGS across Europe, as highlighted in our expert panel discussions and summarized in Table S4 [42]. Key general challenges include:
The novelty of advanced diagnostic tests is not matched by current value assessment frameworks, which omit key aspects of the potential value of diagnostic tests and apply the same, often narrow, value framework used for medicines [45]. Furthermore, frameworks differ across Europe, with some countries placing more of an emphasis on clinical outcomes, and others on cost-effectiveness [46]. NGS test manufacturers must replicate evidence in every country in Europe to demonstrate that NGS can be implemented. These challenges limit equitable reimbursement and timely access to NGS testing across Europe. Current value assessment frameworks also often fail to recognize the potential value of advanced diagnostic tests where MGTOs have demonstrated clinical benefit across several different solid tumor types sharing the same molecular alteration. Even when the EMA has granted tumor-agnostic regulatory approvals, subsequent reimbursement of these therapies in European countries is not always followed by the timely reimbursement of the appropriate advanced diagnostic, as elucidated in our expert panel discussions. For example, in Belgium, although crizotinib was approved in 2013, the approval for reimbursement of the companion diagnostic test for identification of ALK fusions occurred only in 2019 [47]. Overall, therapies and advanced diagnostics have different reimbursement procedures (e.g., time limits for reimbursement, decision-making bodies, value frameworks), which vary across Europe [47].
Such challenges delay time to access advanced diagnostics, with potentially 5–10-year delays from initial launch (e.g., Oncotype Dx was only reimbursed by the National Health Service [NHS] in the UK in 2015, 9 years after reimbursement in the US) [43]. To ensure more efficient patient access, positive diagnostic appraisals should lead to automatic reimbursement in a set time frame, and payers should be more willing to utilize innovate reimbursement schemes to demonstrate value [43].

Our expert panel discussions identified many infrastructure-related challenges, including:

2.2.3. Access to Tests Linked to Evidence Generation and Supporting Infrastructure

As advanced diagnostics progressively identify new molecular subtypes, there is a concomitant reduction in the number of patients within each molecular subtype. Overall, the need to recruit smaller and more precisely defined populations renders traditional clinical trial designs for MGTOs costly and time-consuming. Innovative clinical trial designs, such as enrichment, basket, umbrella, and adaptive trials (e.g., MINDACT [NCT00433589], TAPUR [NCT02693535], PROFILER 02 [NCT03163732], Lung-MAP [NCT02154490], GBM AGILE [NCT03970447]) [48,49], as well as combinations of these (e.g., DRUP [NCT02925234]) [20], are therefore important in this context.
Nonetheless, precision oncology clinical trials are challenged by the high screening numbers required [50], which may be compounded by recruitment hesitancy. This may be due to recent results from pan-cancer clinical trials demonstrating limited clinical utility of NGS-based molecular therapy (although such trials included heavily pretreated patients with advanced disease and were limited by long processing times of genomic results and low molecular matching rates) [3,4]. Furthermore, traditional trials usually focus on a single genomic alteration with narrow patient eligibility criteria; therefore, it is unclear how applicable results from a clinical trial are to a real-world setting [51,52].
Real-world data (RWD)-based studies, which use data related to a patient’s health status or the delivery of healthcare in routine clinical care to generate real-world evidence (RWE) [53], are therefore vital in complementing clinical trials to aid evidence generation and extend NGS to both preventative and curative roles [45]. However, our expert panel discussions identified multiple challenges in limiting use of RWE in precision oncology, including:

The EAPM-led expert panels identified, in addition to challenges to increased implementation of NGS uptake, recommendations, with implications for action at both the national and the European levels. As in Section 1 (on the challenges identified), we developed a similar set of recommendations relating to the demand for and the supply of tests (Figure 3).

Box 2. Awareness: United Kingdom Best Practice.
Genomics Education Programme [84]: Exists to deliver and advise on learning and development opportunities to prepare current and future National Health Service (NHS) professionals to make the best use of genomics in their practice. The program aims to prime the NHS to deliver the new England-wide Genomic Medicine Service, support the 100,000 Genomes Project, facilitate genomic education opportunities for NHS professionals, and maintain and enhance collaborations to keep the UK at the forefront of genomics.
Genomics Clinical Reference Group [85]: Aims to support the implementation of the NHS Genomic Medicine Service, with the following objectives:

Two main pathways for reimbursement of targeted therapies/testing exist, including national access body decisions (e.g., recommendations for use of larotrectinib and entrectinib as part of the Cancer Drugs Fund from the UK National Institute for Health and Care Excellence) [86] and early access schemes to provide patients with life-threatening or debilitating conditions access to medicines that do not yet have a marketing authorization (e.g., early access in Italy for selpercatinib). However, a major additional pathway in Germany is through insurance companies, which have contracts with large, specialized centers that provide innovative testing as part of precision oncology. In Germany, manufacturers provide commercial NGS services through standard reimbursement codes and rates; in the outpatient setting, companion diagnostics are reimbursed by statutory health insurance under Einheitlicher Bewertungsmaßstab (extra budget until end of 2023; code includes not only the test itself but everything necessary to conduct it), whereas in the inpatient setting, code billing by German diagnosis-related groups (fee-per-case system) is required [87]. Moreover, an expert panel member from France has suggested that patient pressure on the Ministry of Social Affairs and Health has proved more effective in improving reimbursement than pressure from physicians. Therefore, due to the varying reimbursement pathways at a national level, several country-specific recommendations for reimbursement were made during the expert panel discussions (Table S4).
Some general recommendations were also made:

RWD-based studies provide indispensable complementary data to clinical trials to aid evidence generation, permitting the extension of NGS to both preventive and curative roles. RWE recommendations from the expert panels include:

Therapy based on individual tumor molecular biomarkers is a promising way to improve cancer treatment and a powerful demonstration of the value of precision medicine, with potential across a broad spectrum of care.
General and country-specific recommendations can be taken from our series of expert panel discussions to address the challenges facing implementation of NGS across Europe, in both the short and the long term. Overall, multi-stakeholder engagement is needed to equalize patient access to health systems, providing analytically and clinically validated advanced diagnostics.
The principal specific recommendations, many of which should be supported by the EU review of pharmaceutical legislation, Europe’s BCP, IVDR, EHDEN, and Cancer Mission, are:

We would like to thank the members of the European Alliance for Personalised Medicine and the European representatives of the Commission and Member States for their kind input. Research support in the form of third-party medical-writing assistance and formatting for this manuscript was provided by Health Interactions. Special thanks to Mélanie Yammine, Director of EU Government Affairs at Astellas, and Katherine Jackson, Government Affairs Analyst at Illumina, who provided helpful feedback and support. 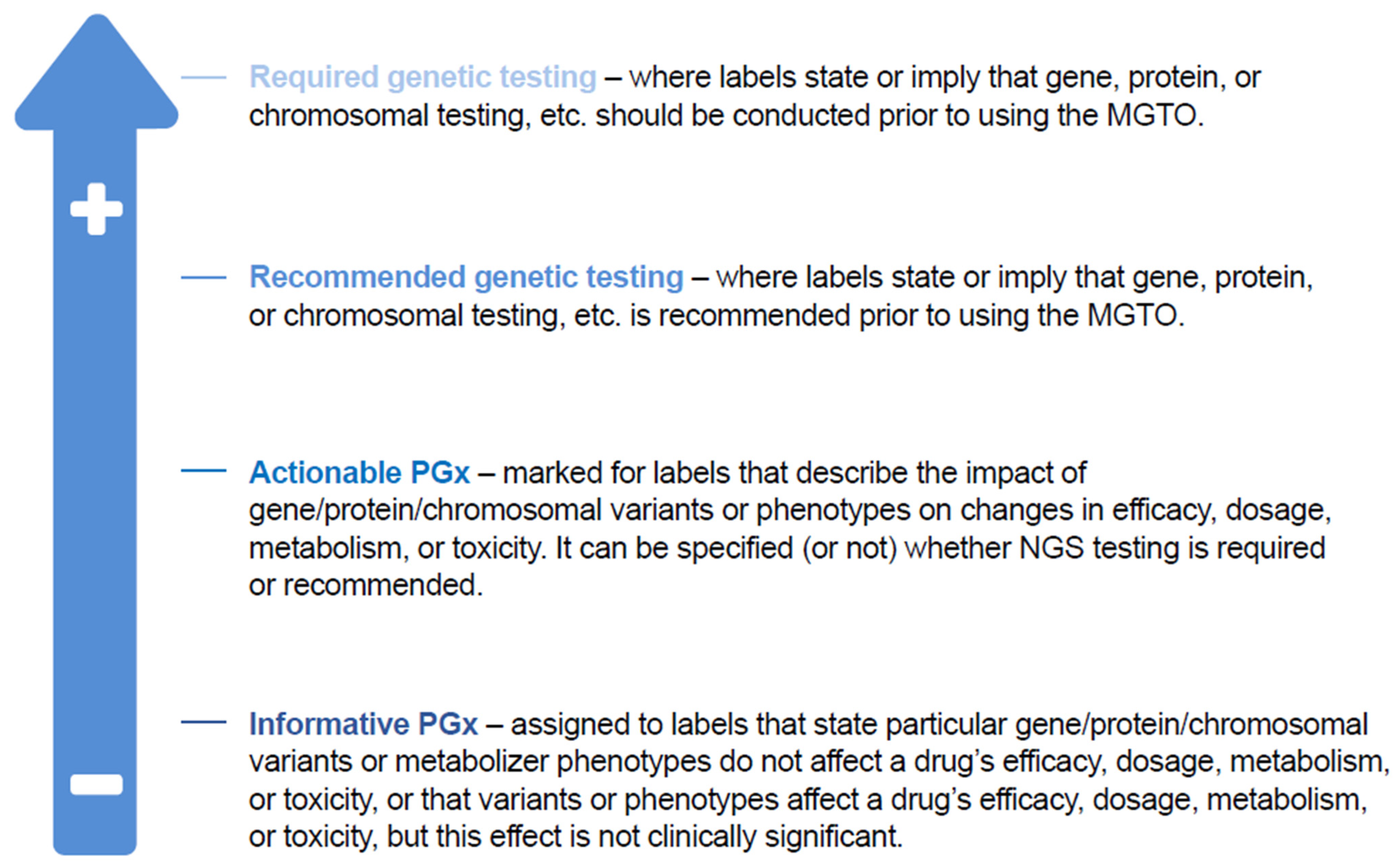 Table 1. Country-specific MTB usage and recommendations across Europe.
Table 1. Country-specific MTB usage and recommendations across Europe.
CGP, comprehensive genomic profiling; ESCAT, ESMO Scale for Clinical Actionability of molecular Targets; ESMO, European Society for Medical Oncology; EU, European Union; MTB, molecular tumor board; NGS, next-generation sequencing; NHS, National Health Service.
© 2022 by the authors. Licensee MDPI, Basel, Switzerland. This article is an open access article distributed under the terms and conditions of the Creative Commons Attribution (CC BY) license (https://creativecommons.org/licenses/by/4.0/).
We use cookies on our website to ensure you get the best experience. Read more about our cookies here.
Accept
We have just recently launched a new version of our website. Help us to further improve by taking part in this short 5 minute survey here. here.
Never show this again