Can We Use the Oculus Quest VR Headset and Controllers to Reliably Assess Balance Stability?
Previous Article in Journal

Ron B. Mitchell
4 and

It is well documented that body position significantly affects breathing indices during sleep in patients with obstructive sleep apnea. They usually worsen while changing from a non-supine to a supine position. Therefore, body position should be an accurately measured and credible parameter in all types of sleep studies. The aim of this study was to specify the accuracy of a neck-based monitoring device (Clebre, Olsztyn, Poland) mounted at the suprasternal notch, in determining a supine and non-supine sleeping position, as well as specific body positions during sleep, in comparison to polysomnography (PSG). A sleep study (PSG along with a neck-based audio-motion sensor) was performed on 89 consecutive patients. The accuracy in determining supine and non-supine positions was and , respectively. For lateral positions, the accuracy was and for the right and left side, respectively. The prone position was detected with an accuracy of . The study showed a high accuracy in detecting supine, as well as other gross positions, during sleep based on a sensor attached to the suprasternal notch, compared to the PSG study. We feel that the suprasternal notch is a promising area for placing wireless sleep study devices. View Full-Text
Keywords: home sleep study; polysomnography; actigraphy; positional sleep apnea home sleep study; polysomnography; actigraphy; positional sleep apnea
►▼ Show Figures 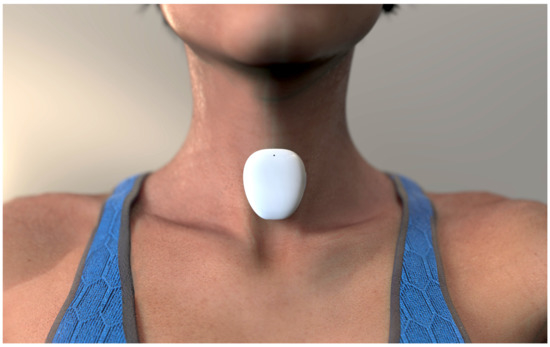