The Naked Mole-Rat: An Unusual Organism with an Unexpected Latent Potential for Increased Intelligence?

Naked mole-rats are eusocial, hairless mammals that are uniquely adapted to their harsh, low-oxygen subsurface habitat. Although their encephalization quotient, a controversial marker of intelligence, is low, they exhibit many features considered tell-tale signs of highly intelligent species on our planet including longevity, plasticity, social cohesion and interaction, rudimentary language, sustainable farming abilities, and maintaining sanitary conditions in their self-built complex housing structures. It is difficult to envision how naked mole-rats would reach even higher levels of intelligence in their natural sensory-challenged habitat, but such an evolutionary path cannot be excluded if they would expand their range onto the earth’s surface.
Keywords: eusociality; intelligence; adaptation; evolution; extreme environment; animal eusociality; intelligence; adaptation; evolution; extreme environment; animal

Naked mole-rats (Figure 1) are multicellular extremophilic, mouse-sized rodents, which are well-adapted to the harsh, hypoxic conditions commonly found below the ground [1]. They are renowned for their exceptional longevity [2] and resistance to many age-associated chronic diseases [3,4]. For example, in contrast to mice, cancers are very rarely observed in naked mole-rats [5,6,7,8], as well as their pronounced resistance to stressors that are commonly lethal to other small rodents [9]. In their natural habitat in the arid regions of sub-Saharan Africa, they live communally in colonies of up to 300 individuals in an extensive maze of interconnected chambers and burrows, which can be several kilometers long, and may reach depths of 2 m below the surface [10,11].
Naked mole-rats are one of only two known eusocial mammals, the other being a close relative, the Damaraland mole-rat, Fukomys damarensis. Like the well-characterized eusocial insects—ants, termites, and bees—reproduction is restricted to a single breeding female and 3–4 male consorts. They form stable long-lasting colonies that are well maintained by communal activities of the subordinates, sacrificing their own reproductive fitness for the greater good of the colony. Although only the queen produces offspring and nurses the pups, all animals within the colony participate in “childcare”, they provide solid foods and inoculate the juvenile microbiome, by producing, on demand, fecal pellets when pups initiate coprophagic begging behaviors. Should the colony be alarmed, the non-breeding adults will carry pups in their mouths away from the source of danger. Conversely, should a pup stray too far from the nest, their older siblings will carry them back to the nest.
The entire colony rests together in deep nests, keeping young pups warm and reducing the need for facultative thermogenesis and minimizing individual heat loss [12]. Even with a reduced resting metabolic rate, respiring together in deep football-sized nests, naked mole-rats rapidly exhaust available oxygen in the poorly ventilated underground atmospheres. As a result, these resilient rodents commonly encounter prolonged periods of oxygen deprivation. Oxygen levels are usually at about 2%–9% in these burrows rather than the 21% we humans enjoy at the surface. It has been shown that they can survive zero percent oxygen for at least 18 min with no apparent ill effects [13]. In addition, experimental studies using electrophysiological ex vivo assessments of brain function, reveal the brain can fully recover after 30 min without access to any oxygen, a feature attributed to a blunted calcium response to low oxygen [14,15]. Under normoxic oxygen conditions, the basal metabolic rate of the naked mole-rat is 75% of that of a mouse [16], however, and they can drop their metabolic rate even further when oxygen levels are extremely low.
Finding food below ground, especially in the sub-Saharan arid regions where food resources are very sparse and patchily distributed, may have been a driving force for the evolution of a eusocial colonial lifestyle where numerous individuals go out in different directions in search of foods which, if found, they bring back to the nest for other conspecifics to share [17]. In keeping with the concept of an extended organism, subordinates communally harness energy resources for use by the colony as a whole. Animals forage in groups of 3 or 4 by tunneling through opaque soil, extending their burrows and in search of underground foods. This process is energetically costly, and given the patchy distribution of foods in these arid areas, foraging success is low and all animals share the rewards of this task [18]. Naked mole-rats are strictly herbivorous, meeting all their nutrient and water needs by the consumption of bulbs, corms, roots and predominantly, the large tubers of the plant Pyrenacantha kaurbassana. These tubers may be more than 30 kg in weight, can be found at depths of 25–50 cm and can provide sufficient nutrients to sustain an entire colony [10].

2. Can Naked Mole-Rats be Considered Intelligent?

3. Eusociality, Intelligence, and the Naked Mole-Rat 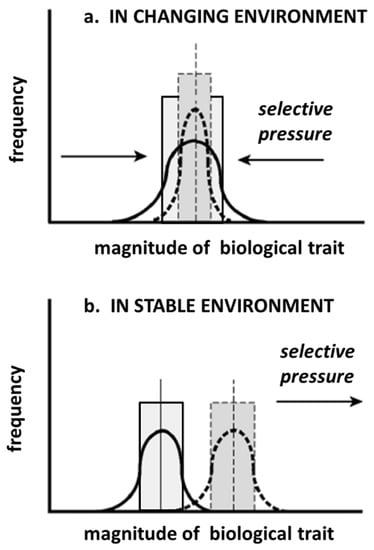 Table 1. Comparison of factor thought to be important for the development of intelligence.
Table 1. Comparison of factor thought to be important for the development of intelligence.
Notes: 1 naked mole-rats have a small brain. However, that of the queen is larger and can create new neurons during her lifetime, if needed; 2 it is debatable whether humans do actually perform sustainable farming. They are capable to do so in principle, but considering the global population, this is not the case; 3 on the individual and the population level, naked mole-rats keep more sanitary conditions than humans; 4 not what we would call language, but a rich repertoire of sounds for different situations.
© 2019 by the author. Licensee MDPI, Basel, Switzerland. This article is an open access article distributed under the terms and conditions of the Creative Commons Attribution (CC BY) license (http://creativecommons.org/licenses/by/4.0/).
We use cookies on our website to ensure you get the best experience. Read more about our cookies here.
Accept
We have just recently launched a new version of our website. Help us to further improve by taking part in this short 5 minute survey here. here.
Never show this again