First Record of the Alien Species Procambarus virginalis Lyko, 2017 in Fresh Waters of Sardinia and Insight into Its Genetic Variability

In the fresh waters of Sardinia (Italy), the non-indigenous crayfish species Procambarus clarkii has been reported from 2005, but, starting from 2019, there have been several reports of a new non-indigenous crayfish in southern and central areas of this Mediterranean island, and its morphology suggests that this species may be the marbled crayfish Procambarus virginalis. Forty-seven individuals of this putative species were analyzed, using the mitochondrial gene Cytochrome c Oxidase subunit I as molecular marker to identify this crayfish and investigate the level of genetic variability within the recently established population. Phylogenetic and phylogeographic analyses were carried out on a dataset including sequences from the Sardinian individuals and from all congenerics available in GenBank. Results showed that the new Sardinian crayfish belong to the species P. virginalis. All the sequences belonging to P. virginalis from European countries are identical, with only few exceptions found among Sardinian individuals. In conclusion, this paper highlights the occurrence of a new further alien species in the Sardinian fresh waters, which are already characterized by the high presence of non-indigenous species. View Full-Text
Keywords: alien species; invasive species; non-indigenous crayfish; biological invasion; marbled crayfish; Sardinian fresh waters; mtDNA alien species; invasive species; non-indigenous crayfish; biological invasion; marbled crayfish; Sardinian fresh waters; mtDNA
►▼ Show Figures 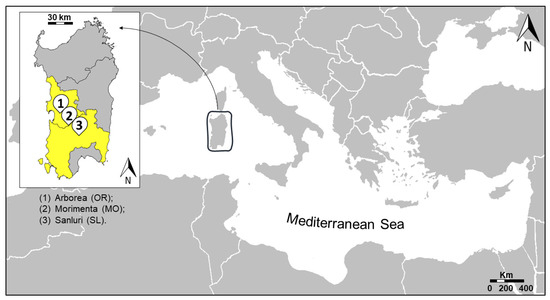