A Methodology for Product Development in Mobile Machinery: Case Example of an Excavator
Previous Article in Journal

Wind energy is one of the most widely used renewable energy sources in the world and has grown rapidly in recent years. However, the wind towers generate a noise that is perceived as an annoyance by the population living near the wind farms. It is therefore important to new tools that can help wind farm builders and the administrations. In this study, the measurements of the noise emitted by a wind farm and the data recorded by the supervisory control and data acquisition (SCADA) system were used to construct a prediction model. First, acoustic measurements and control system data have been analyzed to characterize the phenomenon. An appropriate number of observations were then extracted, and these data were pre-processed. Subsequently two models of prediction of sound pressure levels were built at the receiver: a model based on multiple linear regression, and a model based on Random Forest algorithm. As predictors wind speeds measured near the wind turbines and the active power of the turbines were selected. Both data were measured by the SCADA system of wind turbines. The model based on the Random Forest algorithm showed high values of the Pearson correlation coefficient (0.981), indicating a high number of correct predictions. This model can be extremely useful, both for the receiver and for the wind farm manager. Through the results of the model it will be possible to establish for which wind speed values the noise produced by wind turbines become dominant. Furthermore, the predictive model can give an overview of the noise produced by the receiver from the system in different operating conditions. Finally, the prediction model does not require the shutdown of the plant, a very expensive procedure due to the consequent loss of production. View Full-Text
Keywords: wind turbine noise; random forest; noise prediction; acoustic measurements; SCADA data wind turbine noise; random forest; noise prediction; acoustic measurements; SCADA data
►▼ Show Figures 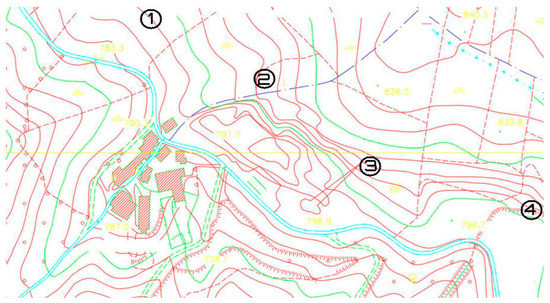