Activation of Peroxymonosulfate by Chrysotile to Degrade Dyes in Water: Performance Enhancement and Activation Mechanism

Adsorption Behaviors of Straight-Chain Alkanes on a Molybdenite [001]/[100] Surface: A Molecular Dynamics Study

Models of the surface of molybdenite and SCA (dodecane representing SCA) were established on the Materials Visualizer module and Amorphous Cell module. Molecular dynamics simulations were performed under the Universal force field in the Forcite Plus module with the software package Materials Studio 8.0 (Northeastern University, Shenyang, Liaoning, China).

Firstly, molybdenite crystal (MS001/MS100) was established and optimized based on the method published in the literature [15] (Figure 1).
Secondly, MS001/MS100 were cut at depths of 2 and 4 Å, respectively. They were then extended to 3 × 10- and 10 × 10-unit supercells, respectively, and a vacuum layer of 0 Å was established for combination with SCA boxes.
Thirdly, an MS001/MS100–SCA complex model was optimized to obtain the optimum position in the adsorption equilibrium by using the same method as the optimization of molybdenite crystal (Figure 2). A cutoff distance for group-based summation was 15.5 Å. The atomic charge was calculated using the QEq charge equilibration method [16].
Finally, molecular dynamics simulations were carried out as follows [15]: (1) The configuration’s initial velocity was obtained by the Velocity Scale thermostat of the NVT ensemble. (2) At a time step of 1 fs and a total simulation time of 50 ps, the NVE ensemble carried out annealing molecular dynamics simulations. (3) Molecular dynamics simulations with the NVT ensemble were performed using a Nosé thermostat with a Q ratio of 0.01, at 293 K, a time step of 1 fs, and a total simulation time of 3000 ps.

The results of the molecular dynamics simulations explain the reasons for the previous literature’s contradictory conclusions. SCA can adsorb on the MS100, despite the low interactions between SCA and the MS100, the easy desorption of SCA on the MS100, and the blocking effect of the exposed molybdenum atoms of the MS100 on hydrocarbon oil. However, when the amount of SCA is low, it can selectively adsorb on the MS001, based on the blocking and strong desorption role of the MS100. At low SCA dosage, SCA can selectively adsorb on the MS001 but not on the MS100, based on the blocking, strong desorption, and weak interaction forces between SCA and the MS100. With the increasing SCA concentration, an excessive amount of SCA will reduce SCA’s selectivity for adsorption on the MS001. This will cause a small amount of the SCA to be adsorbed on the MS100. This conclusion is consistent with results concerning oil agglomeration and the flotation of molybdenite [13,14].

Molecular dynamics simulations of SCA’s adsorption behaviors on the surface of molybdenite found that SCA can be adsorbed on both MS001 and MS100. At a low SCA dosage, SCA can selectively adsorb on the MS001 but not on the MS100, based on the strong interactions between SCA and the MS001, the easy desorption of SCA on the MS100, and the blocking effect of the exposed molybdenum atoms of the MS100 on SCA. With an increasing SCA concentration, an excessive amount of SCA destroys SCA’s selectivity for adsorption on the MS001. This will cause the adsorption of SCA on the MS100 to gradually increase.

This research was funded by the Open Foundation of the State Environmental Protection Key Laboratory of Mineral Metallurgical Resources Utilization and Pollution Control (Grant No. HB201906), the National Natural Science Foundation of China (Grant No. 52074206 and 51904222), and the Shaanxi International Cooperation and Exchange Project (Grant No. 2021KWZ-16).

The data presented are available in the article. 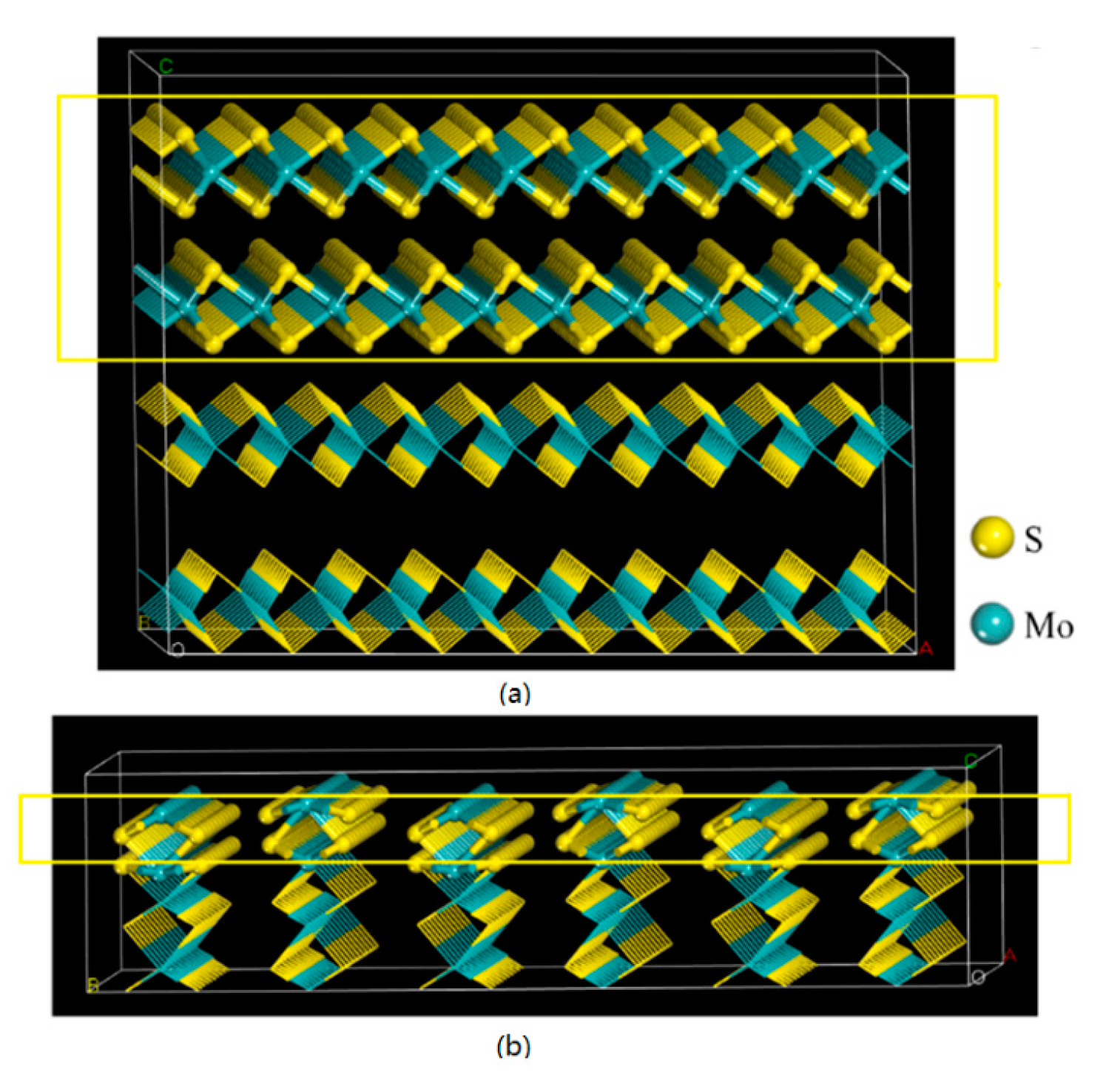 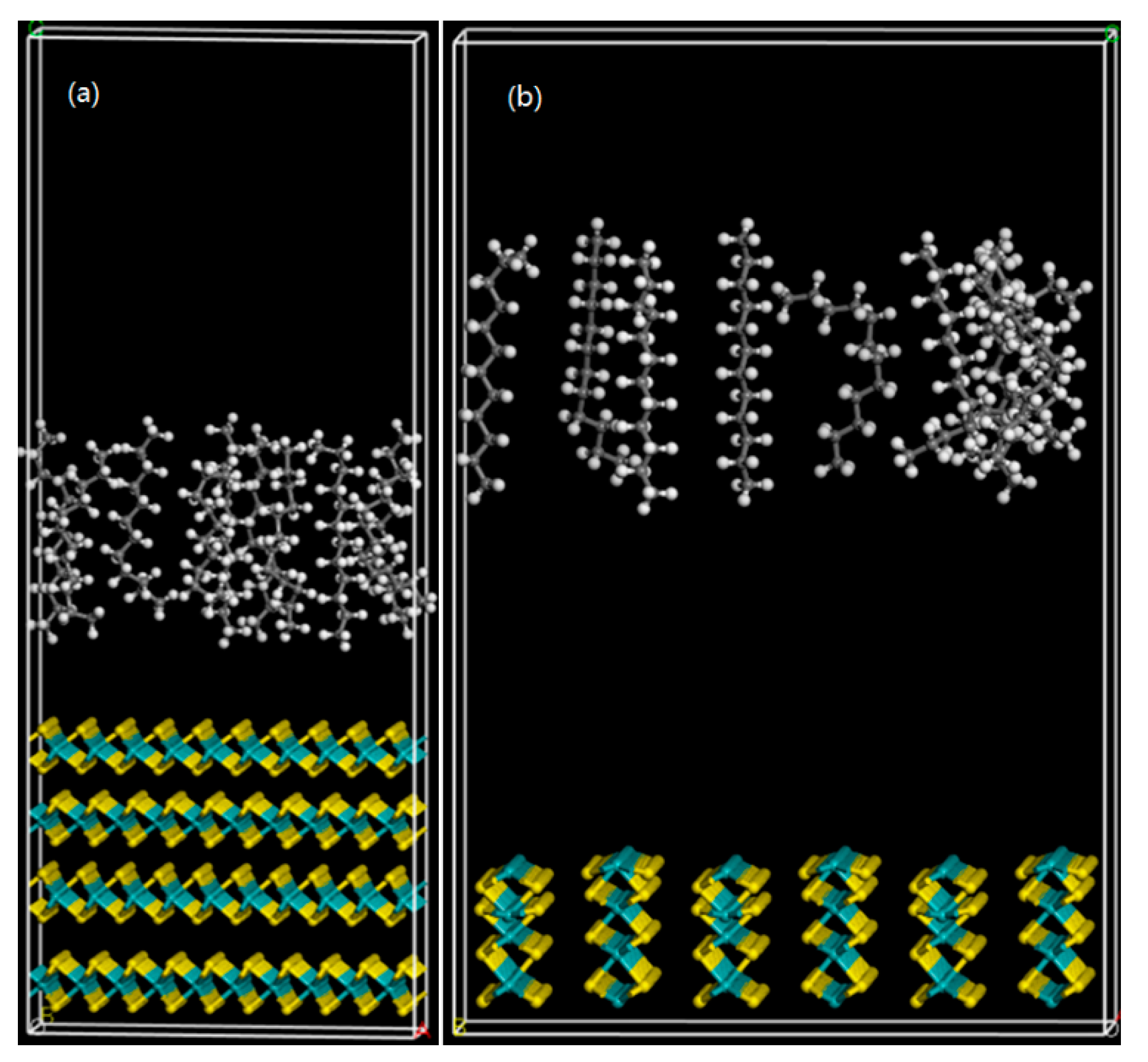 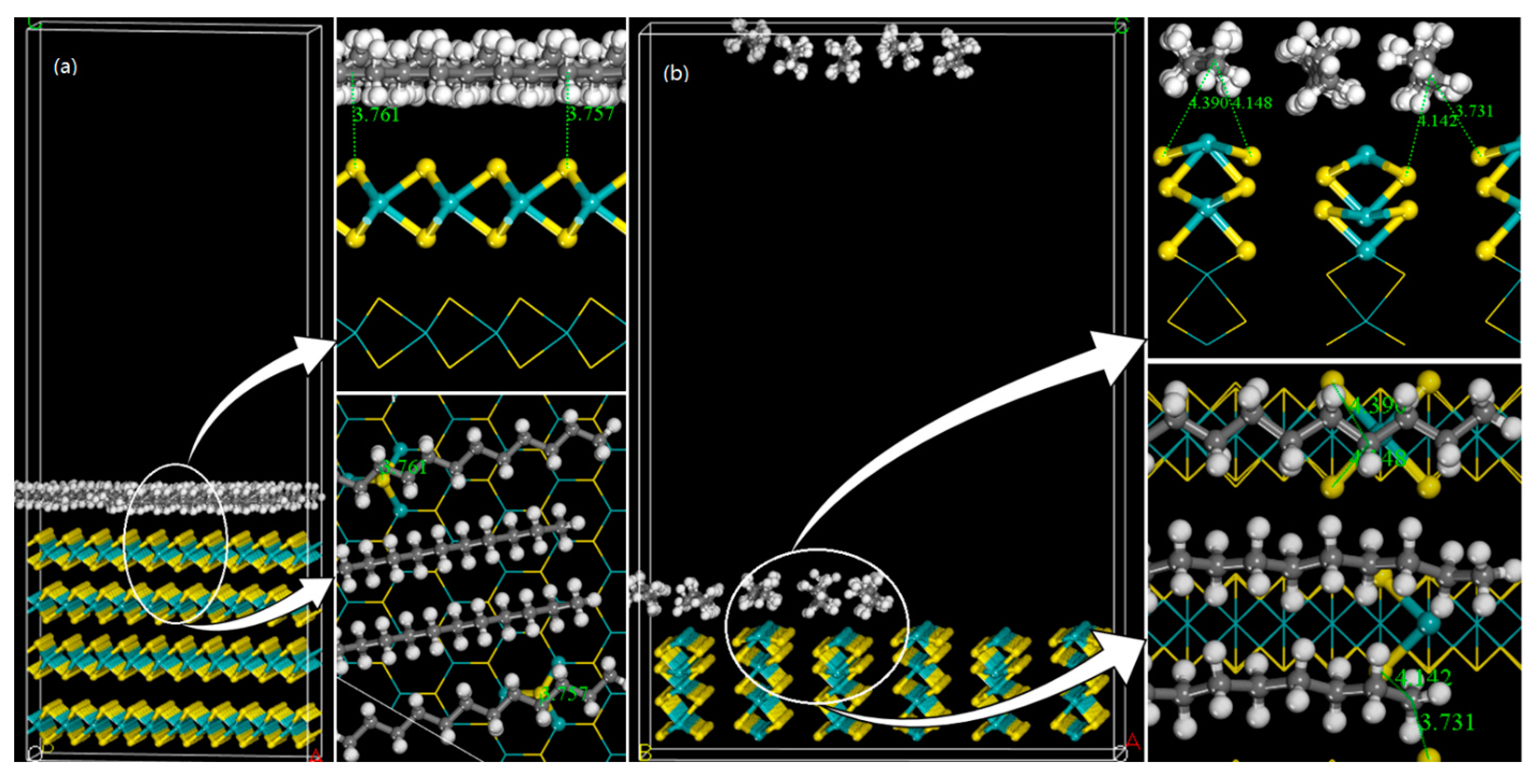 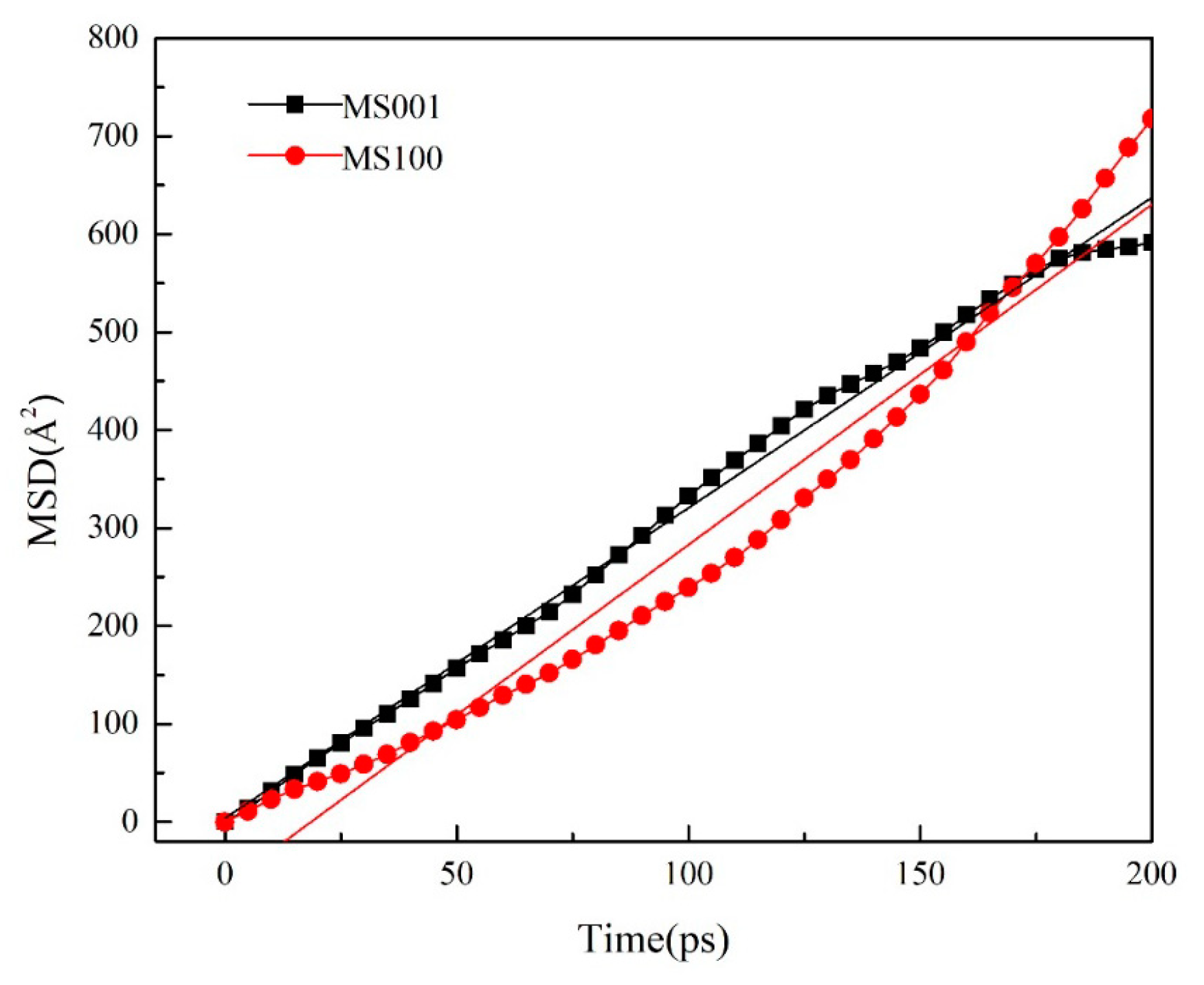 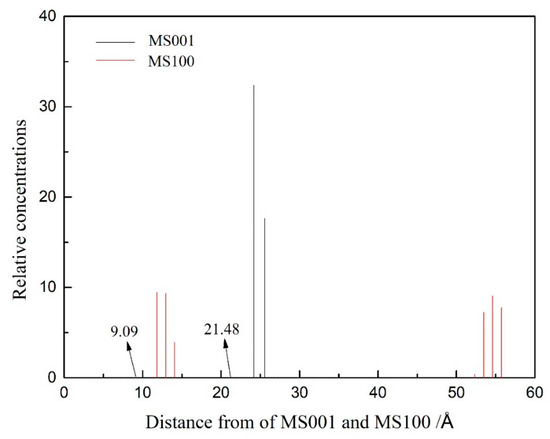