As a common method applied in the construction of tunnels with Grade IV and Grade V surrounding rock, the center diaphragm (CD) method has the advantage of resisting the inward horizontal convergence of the tunnel. However, due to the small lateral earth pressure of the shallow tunnel, the curved center diaphragm would have an unstable stress state and cannot provide sufficient support to the surrounding rock. Based on the CD method, this study presents a vertical center diaphragm (VCD) method with an axisymmetric structure. The application condition of the VCD method relies on the comparison of the surface settlement and tunnel deformation with the two methods in different surrounding rock grades and buried depths by using a three-dimensional finite-difference code. Based on the Shenzhen Eastern Transit Expressway Connection Line Tunnel, which has six lanes of double lines, the deformation regularities and mechanical characteristics of the VCD method, including the surface settlement, tunnel deformation, internal force of the center diaphragm, surrounding rock pressure, and steel arch stress, are investigated by numerical calculations and a field comparative test. The results obtained in this study provide several suggestions for constructing shallow tunnels. Furthermore, the construction efficiency and economy of the VCD method are evaluated. View Full-Text
Keywords: shallow tunnel; axisymmetric excavation method; CD method; numerical calculations; field test shallow tunnel; axisymmetric excavation method; CD method; numerical calculations; field test
►▼ Show Figures 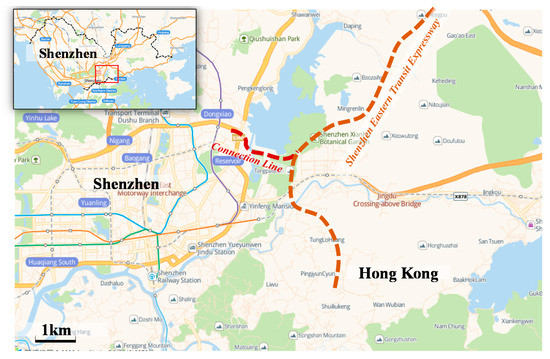