Some Results of Fekete-Szegö Type. Results for Some Holomorphic Functions of Several Complex Variables

-measure is a special type of fuzzy measure. In the context of multi-attribute decision making (MADM), the measure can be used together with Choquet integral to model the interdependencies that usually present between the decision attributes. Unfortunately, the range of techniques available to estimate -measure values is too limited i.e., only four techniques are available to this date. Besides, the review on literature shows that each of these existing techniques either requires some initial data from the decision-makers or misrepresents the actual interdependencies held by the attributes. Thus, an alternate unsupervised technique is needed for the estimation of -measure values. This study has developed such a technique by integrating the idea of distance correlation and Shannon entropy. In this technique, the two inputs required to estimate -measure values, namely, the interdependence degrees and fuzzy densities are determined by utilizing the distance correlation measures and entropy weights, respectively. An evaluation to rank the websites owned by five different hospitals located in Sabah, Malaysia, was conducted to illustrate the usage of the technique. A similar evaluation was also performed with a few selected MADM techniques for comparison purposes, where the proposed technique is found to have produced the most consistent ranking. From the literature perspective, this study has contributed an alternate unsupervised technique that can estimate -measure values without necessitating any additional data from the decision-makers, and at the same time can better capture the interdependencies held by the attributes. View Full-Text
Keywords: Choquet integral; distance correlation; fuzzy measure; hospital website evaluation; multi-attribute decision making; Shannon entropy Choquet integral; distance correlation; fuzzy measure; hospital website evaluation; multi-attribute decision making; Shannon entropy
►▼ Show Figures 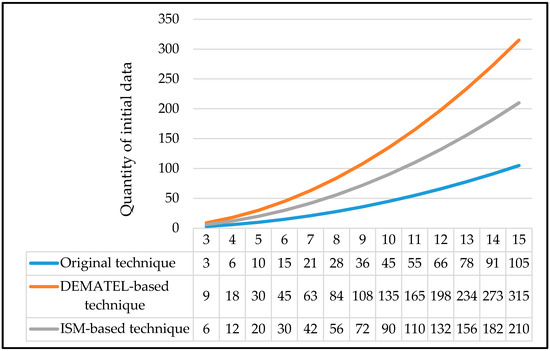