Latitudinal Gradient in Urban Pressure and Socio-Environmental Quality: The “Peninsula Effect” in Italy

The purpose of this work is to synthesize, for an international audience, certain fundamental elements that characterize the Italian peninsular territory, through the use of a biogeographical model known as the “peninsula effect” (PE). Just as biodiversity in peninsulas tends to change, diverging from the continental margin, so do some socio-economic and behavioral characteristics, for which it is possible to detect a progressive and indisputable variation depending on the distance from the continental mass. Through the use of 14 indicators, a survey was conducted on the peninsular sensitivity (which in Italy is also latitudinal) of as many phenomena. It obtained confirmation results for some of them, well known as problematic for the country, but contradictory results for others, such as those related to urban development. In the final part, the work raises a series of questions, also showing how peninsular Italy, and in particular Central–Southern Italy, is not penalized so dramatically by its geography and morphology as many political and scientific opinions suggest. The result is a very ambiguous image of Italy, in which the country appears undoubtedly uniform in some aspects, while the PE is very evident in others; it is probably still necessary to investigate, without relying on simplistic and misleading equations, the profound reasons for some phenomena that could be at the basis of less ephemeral rebalancing policies than those practiced in the past. View Full-Text
Keywords: peninsula effect; urban pressure; south Italy; latitudinal gradient peninsula effect; urban pressure; south Italy; latitudinal gradient
►▼ Show Figures 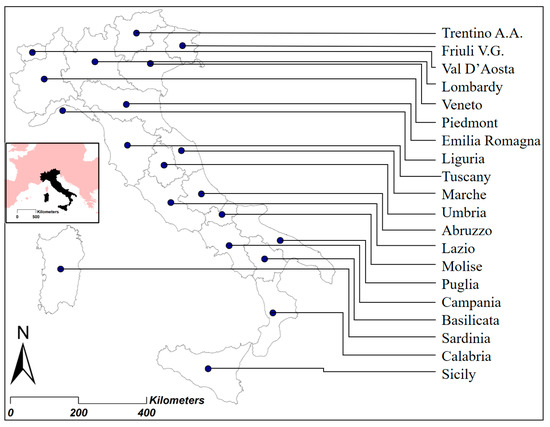