The Spatial-Temporal Dynamics of Potato Agrobiodiversity in the Highlands of Central Peru: A Case Study of Smallholder Management across Farming Landscapes
Previous Article in Journal

Rights in the Time of Populism: Land and Institutional Change Amid the Reemergence of Right-Wing Authoritarianism in Colombia

Article
The Tenure Guidelines in Policy and Practice: Democratizing Land Control in Guatemala
by

:
This paper explores the challenges for democratizing land and natural resource control in Guatemala through use of the Voluntary Guidelines on the Responsible Governance of Tenure of Land, Fisheries, and Forests (Tenure Guidelines). This international human rights instrument comes at a critical moment, in which the current global land rush has shaped contemporary agrarian transformation with serious implications for the right to food and control of natural resources. The Tenure Guidelines provide us with a unique opportunity to put land and natural resource tenure squarely under the prescriptions of international human rights law, rather than allowing tenure to be subsumed by a narrow understanding of property rights based on civil and merchant law. In Guatemala, we are witnessing a political opening, where the government has incorporated the language of the Tenure Guidelines into its regulatory framework unlike any other country in Latin America. At the same time, the world watches on while a slow-motion coup engulfs the Central American country, reflecting a global trend of gutting democracies and coopting the language and legislation meant to protect them. Thus, the implementation of the Tenure Guidelines is strongly contested by state and corporate actors seeking to use the instrument in order to gain political legitimacy for the expansion of agribusiness like oil palm and sugarcane, and other forms of extractive industry. This paper’s findings indicate that when applied together with a rights-based approach, the Tenure Guidelines are a powerful social and political tool. Such is especially true of the most marginalized populations who require protection and respect for their existing tenure rights, promotion of reforms for better access to and control over land and resources, and restoration of tenure rights resulting from displacement or dispossession.
Keywords:
Tenure Guidelines; agrarian transformation; environmental justice; conflict resolution; land policy; Guatemala

2. Trajectories and Actors of Land Politics in Guatemala

Many thanks to Jose Luis Caal Hub, Jun Borras, Zoe Brent, Alberto Alonso-Fradejas, Ben McKay, Christina Schiavoni, Joel Lopez, and two anonymous peer reviewers who accompanied this process in unique and irreplaceable ways. I would also like to warmly acknowledge the support of the United Nations Food and Agriculture Organization (FAO) in conducting the research. Above all, I am grateful for the social justice movements that work tirelessly for system change in Guatemala and beyond.

The author declares no conflict of interest 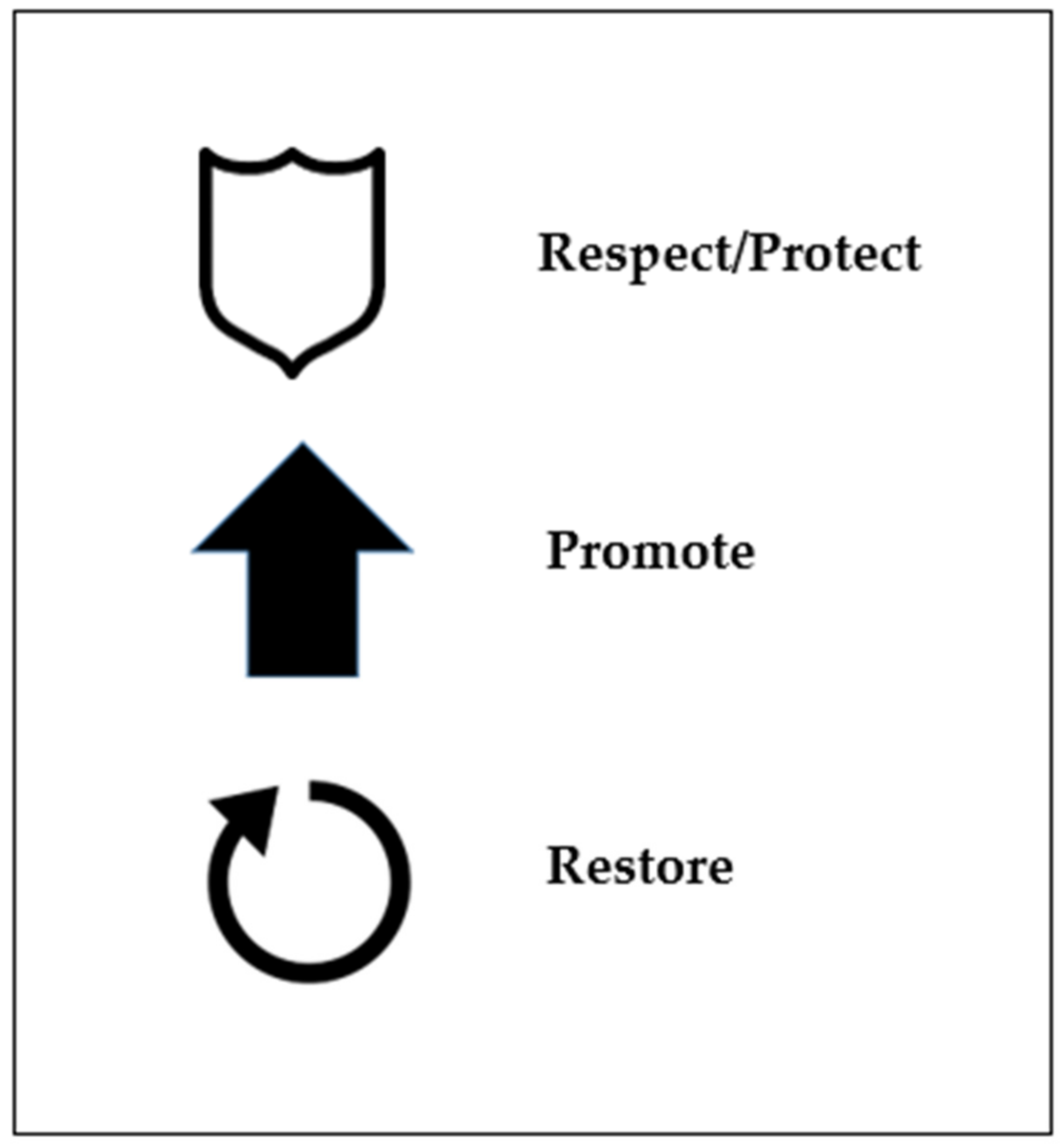 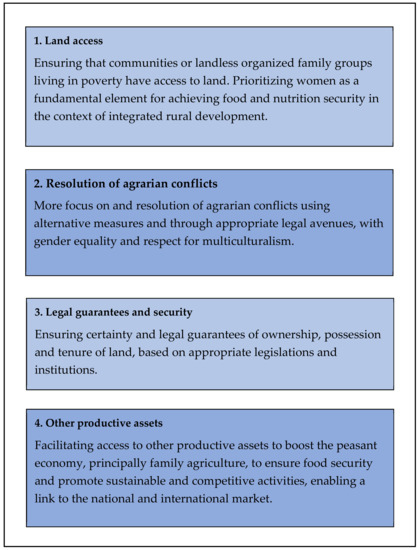 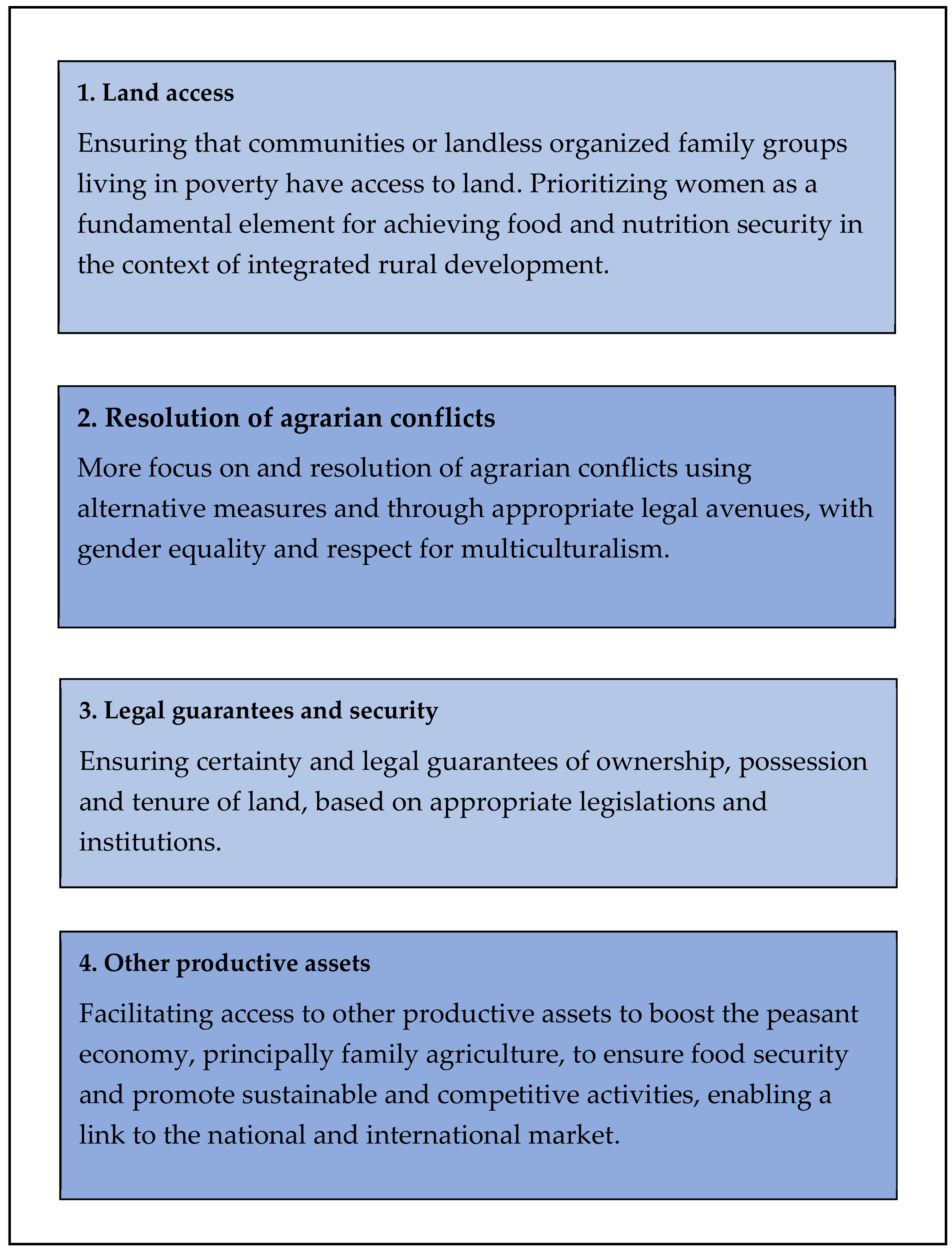