Wolf and Bear Depredation on Livestock in Northern Sweden 1827–2014: Combining History, Ecology and Interviews
Next Article in Special Issue

Efficiency of Conservation Agriculture Production Systems for Smallholders in Rain-Fed Uplands of India: A Transformative Approach to Food Security

Soy Expansion and Socioeconomic Development in Municipalities of Brazil 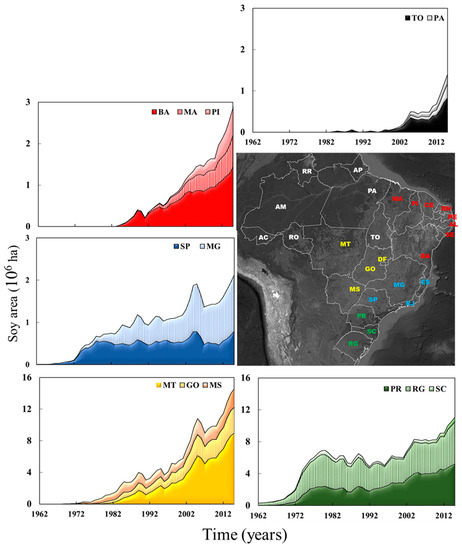