Why Don’t More Farmers Go Organic? Using A Stakeholder-Informed Exploratory Agent-Based Model to Represent the Dynamics of Farming Practices in the Philippines
Previous Article in Journal

Using an Agroecosystem Services Approach to Assess Tillage Methods: A Case Study in the Shikma Region

Pokhara is one of the most naturally beautiful cities in the world with a unique geological setting. This important tourist city is under intense pressure from rapid urbanization and population growth. Multiple hazards and risks are rapidly increasing in Pokhara due to unsustainable land use practices, particularly the increase in built-up areas. This study examines the relationship among urbanization, land use/land cover dynamics and multiple hazard and risk analysis of the Pokhara valley from 1990 to 2013. We investigate some of the active hazards, such as floods, landslides, fire, sinkholes, land subsidence and earthquakes, and prepare an integrated multiple hazard risk map indicating the highly vulnerable zones. Land use and land cover maps from 1990 and 2013 from Landsat images (30 m resolution) have been prepared and analyzed for the spatial dynamics of urbanization and the transition of land use and land cover. In the 23-year period, the built-up area more than doubled from 24.03 km² to 54.20 km². Although the landscape in the urban, peri-urban and rural areas appears to be fragmented, different drivers play pivotal roles in landscape change in these areas. The results provide substantial information for establishing innovative action plans for disaster risk management in the valley. Recommendations are made for the most suitable places for future urban expansion in the valley. This study is important for raising awareness among policy makers and other public officials to include multiple hazard risk mitigation in land use policies and plans. Establishing connections between urban expansions, escalating population growth and multiple hazards and risk assessment will also improve in modelling the latent impact of future catastrophes and emergency preparedness. View Full-Text
Keywords: urbanization; land use/land cover change; multiple hazard; Pokhara valley; assessments; Nepal urbanization; land use/land cover change; multiple hazard; Pokhara valley; assessments; Nepal
►▼ Show Figures 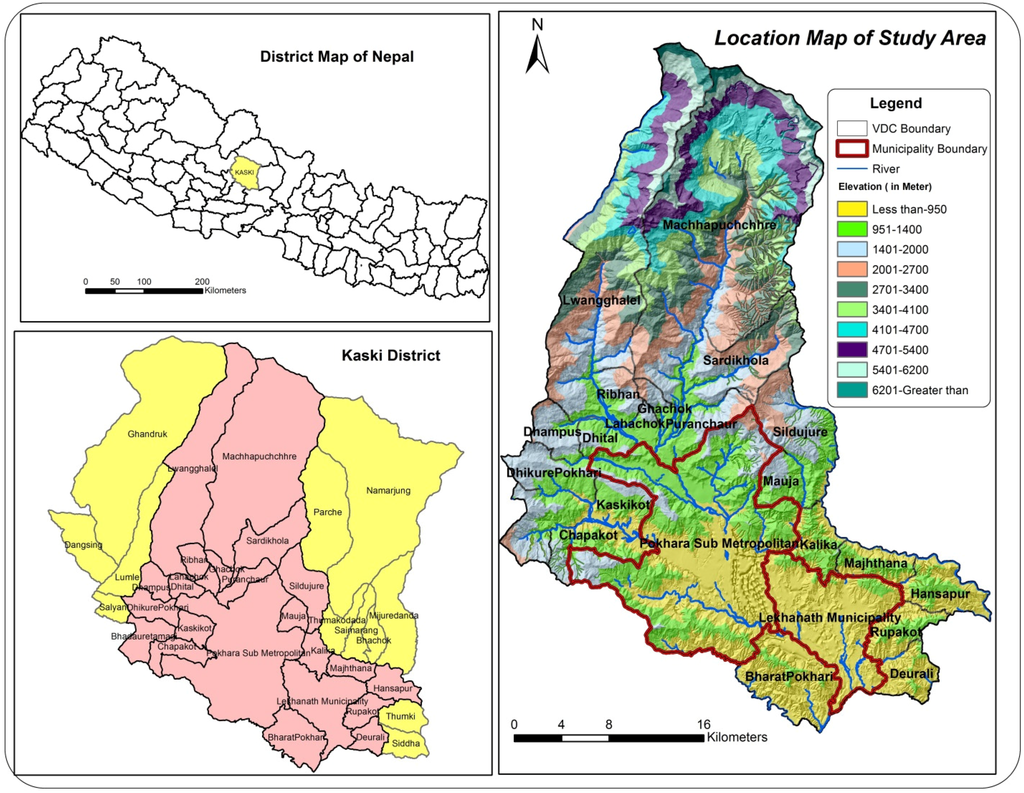