Monitoring and Modeling the Patterns and Trends of Urban Growth Using Urban Sprawl Matrix and CA-Markov Model: A Case Study of Karachi, Pakistan

Situating China in the Global Effort to Combat Desertification

International efforts to tackle desertification led by the United Nations Convention to Combat Desertification (UNCCD) support participatory approaches. The emphasis has been on dialogue between different perspectives, which are often grounded in individualism rather than prioritizing society as a whole, and as a result progress in implementation has been slow. China has made substantial progress in tackling desertification, but its approaches have been controversial, and the sustainability of its achievements has been questioned. While China has been active in UNCCD processes, its approach to addressing desertification has differed from those of other countries. China can thus offer important insights into the international campaign, while acknowledging that China can also learn from the efforts of others. We compare the UNCCD’s “bottom-up” approach and China’s “top-down” approach to better understand the challenges of tackling desertification. We examine the evolution in how desertification has been addressed and shed light on the context behind the changes, focusing on the role of science, policies, and public participation. We find a convergence between top-down and bottom-up approaches and that similar challenges have been experienced. Constant communications with outsiders have enabled adjustments and changes in both China and the international community, even though their approaches remain distinct. We conclude that both approaches are moving toward solutions that start from proactive investments of governments in financial, legal, institutional, and organizational aspects, draw on scientific insights, and which are grounded in the motivated and voluntary participation of non-state actors. Improved sharing of lessons across these approaches would help to create a better enabling form of environmental governance that contributes to tackling desertification. View Full-Text
Keywords: land degradation; UNCCD; bottom-up; top-down; environmental governance; science into policy land degradation; UNCCD; bottom-up; top-down; environmental governance; science into policy
►▼ Show Figures 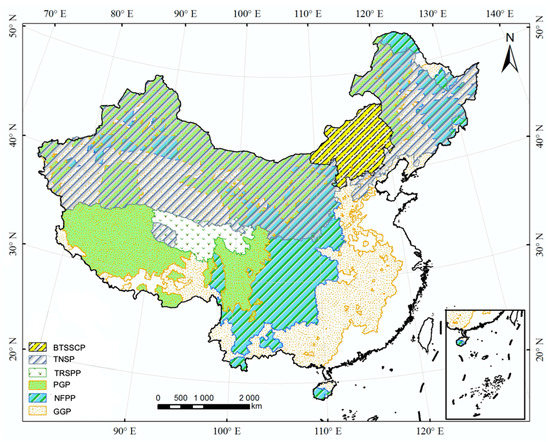