Wheat Straw as a Bio-Sorbent for Arsenate, Chromate, Fluoride, and Nickel
Next Article in Special Issue

Land Use and Land Cover Changes (LULCC), a Key to Understand Soil Erosion Intensities in the Maritsa Basin
Previous Article in Journal

Soil erosion is one of the most serious land degradation problems and the primary environmental issue in the Loess Plateau region of China. To identify the critical sub-basins and assess the impacts of land use change and climatic variability change on soil loss, this study tested the feasibility of the Soil and Water Assessment Tool (SWAT) model on sediment load simulation in the upper Sang-kan (USK) River basin. Based on a land use map of 1986, the SWAT model (Scenario 0) was calibrated at a monthly step using climate data from 1979 to 1985; then it was validated using climate data from 1986 to 1990. The monthly sediment simulation results indicated that the model did not work as well as streamflow simulation, indicating lower NS (Nash-Sutcliffe Efficiency) and r2 values of 0.68, 0.69 and 0.61, 0.59 for the calibration period and validation period, respectively. This model could perform well under relatively low rainfall events, but it underestimated or overestimated the sediment load under high rainfall events. Comparing the results of scenarios with different land use maps (year of 1986 vs. 2012) and climate periods (1979–1990 vs. 2001–2012), it can be concluded that: (i) extreme and severe erosion almost always happened in FRST (forest land) and RNGE (grassland) in the hilly area; (ii) long-term traditional farming weakens the soil anti-erosion capability of land, leading to higher soil erosion, while forest can improve the soil structure, enhance the soil anti-erosion capability, and reduce soil erosion; (iii) both land use change and climatic change have led to the sediment yield decrease in the USK basin. Acting as the major influencing factor, land use change contributed to about 64.9% of the sediment yield reduction in the USK river basin. View Full-Text
Keywords: streamflow; sediment yield; simulation; ArcSWAT streamflow; sediment yield; simulation; ArcSWAT
►▼ Show Figures 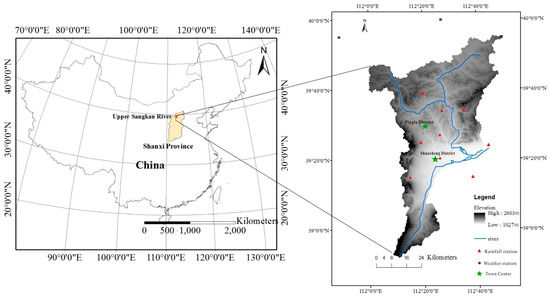