Future of Water Supply and Demand in the Middle Drâa Valley, Morocco, under Climate and Land Use Change

Recent studies have shown that stormwater control measures (SCMs) are less effective at retaining phosphorus (P) than nitrogen. We compared P retention between two urban/suburban SCMs and their adjacent free-flowing stream reaches at the Baltimore Long-Term Ecological Study (LTER) site, and examined changes in P retention in SCMs across flow conditions. Results show that, when compared with free-flowing stream reaches, the SCMs had significantly lower dissolved oxygen (%DO) and higher P concentrations, as well as lower mean areal retention rates and retention efficiencies of particulate P (PP). In all the SCMs, concentrations of total dissolved phosphorus (TDP) consistently exhibited inverse correlations with %DO that was lower during summer base flows. Particulate phosphorus (PP) concentrations peaked during spring high flow period in both streams and in-line pond/SCMs, but they were also higher during summer base flows in suburban/urban SCMs. Meanwhile, PP areal retention rates and retention efficiencies of the SCMs changed from positive (indicating retention) during high flows to negative (indicating release) during low flows, while such changes across flow were not observed in free-flowing stream reaches. We attribute the changing roles of SCMs from a PP sink to a PP source to changes in SCM hydrologic mass balances, physical sedimentation and biogeochemical mobilization across flows. This study demonstrates that in suburban/urban SCMs, P retained during high flow events can be released during low flows. Cultivation of macrophytes and/or frequent sediment dredging may provide potential solutions to retaining both P and nitrogen in urban SCMs. View Full-Text
Keywords: phosphorus; stormwater control measures; urbanization; nutrient management; green infrastructure phosphorus; stormwater control measures; urbanization; nutrient management; green infrastructure
►▼ Show Figures 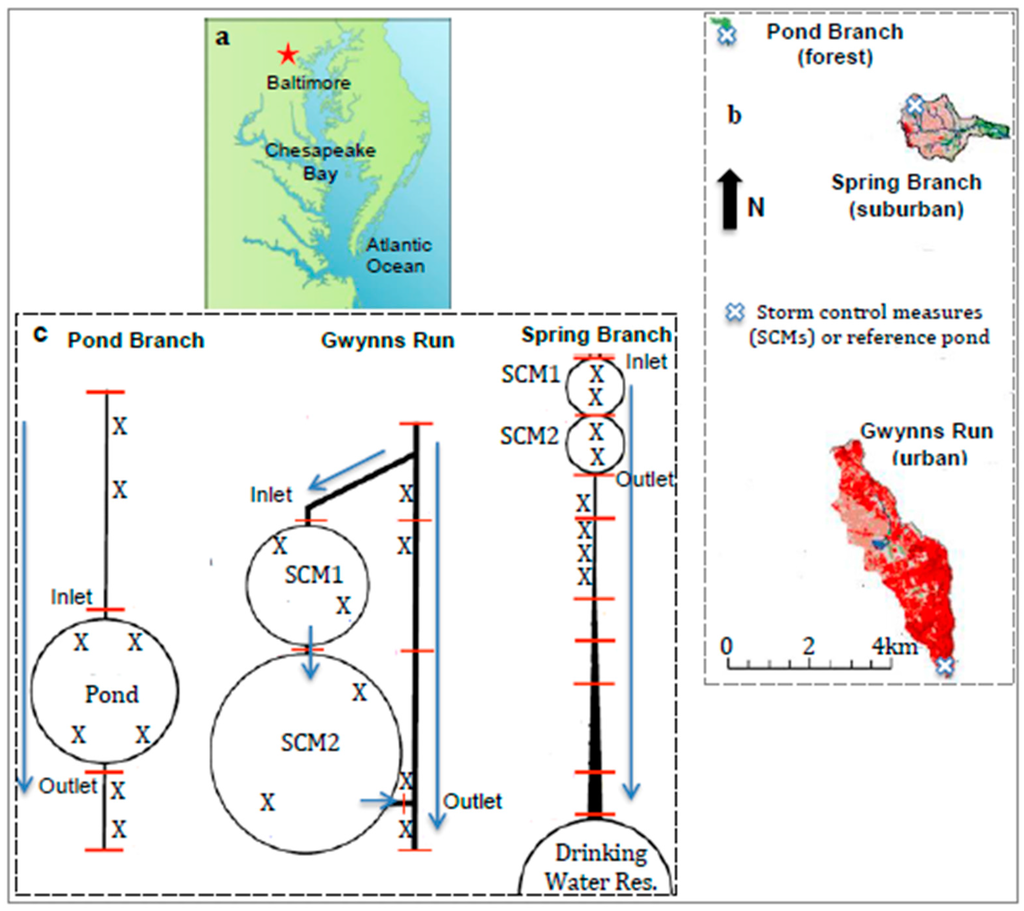