Statistical Analysis of the Spatial Distribution of Multi-Elements in an Island Arc Region: Complicating Factors and Transfer by Water Currents
Previous Article in Journal

The Mekong River is ranked as the 8th in terms of water discharge and as the 10th in terms of sediment load in the world. During the last 4500 years, its delta prograded more than 250 km to the south due to a tremendous amount of sediments deposited, and turned from a “tide-dominated” delta into a “wave-and-tide dominated” delta. This study aims at completing our knowledge on the fate of sediments that may be stored in estuarine or coastal systems, or dispersed over the continental shelf and slope. Sediment transport in the Mekong River Delta (MRD) coastal area was studied by numerical simulations using the Delft3D model. The model configuration was calibrated and validated from data collected in situ during 4 periods from 2012 to 2014. Then, 50 scenarios corresponding to different wave conditions (derived from the wave climate) and river discharge values typical of low flow and flood seasons enabled us to quantify the dispersal patterns of fluvial sediments close to the mouths and along the coast. Sediments mostly settled in the estuary and close to the mouths under calm conditions, and suspended sediment with higher concentrations extend further offshore with higher waves. Waves from the Southeast enhanced the concentration all along the MRD coastal zone. Waves from the South and Southwest induced coastal erosion, higher suspended sediment concentrations in front of the southern delta, and a net transport towards the Northeast of the delta. Because of episodes of Southern and Southwestern waves during the low flow season, the net alongshore suspended sediment transport is oriented Northeastward and decreases from the Southwestern part of the coastal zone (~960 × 103 t yr−1) to the Northeastern part (~650 × 103 t yr−1). View Full-Text
Keywords: suspended sediment; sediment transport; coastal hydraulics; Mekong; river plume; monsoon; mathematical model suspended sediment; sediment transport; coastal hydraulics; Mekong; river plume; monsoon; mathematical model
►▼ Show Figures 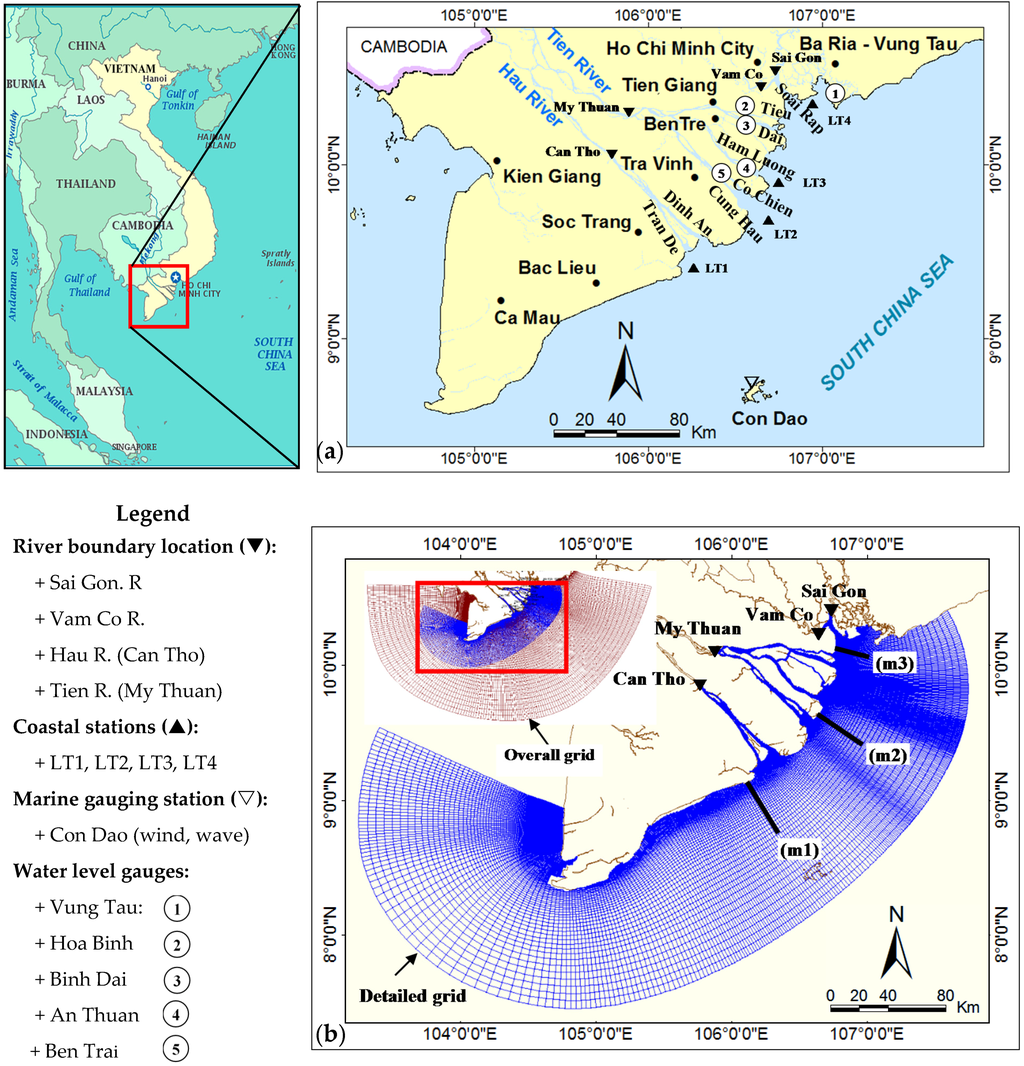