Despite playing a critical role in the division of precipitation between runoff and infiltration, soil moisture (SM) is difficult to estimate at the catchment scale and at frequent time steps, as is required by many hydrological, erosion and flood simulation models. In this work, an integrated methodology is described to estimate SM at the root zone, based on the remotely-sensed evaporative fraction (Λ) and ancillary information on soil and meteorology. A time series of Terra MODIS satellite images was used to estimate SM maps with an eight-day time step at a 250-m spatial resolution for three diverse catchments in Europe. The study of the resulting SM maps shows that their spatial variability follows the pattern of land cover types and the main geomorphological features of the catchment, and their temporal pattern follows the distribution of rain events, with the exception of irrigated land. Field surveys provided in situ measurements to validate the SM maps’ accuracy, which proved to be variable according to site and season. In addition, several factors were analyzed in order to explain the variation in the accuracy, and it was shown that the land cover type, the soil texture class, the temporal difference between the datasets’ acquisition and the presence of rain events during the measurements played a significant role, rather than the often referred to scale difference between in situ and satellite observations. Therefore, the proposed methodology can be used operationally to estimate SM maps at the catchment scale, with a 250-m spatial resolution and an eight-day time step. View Full-Text
Keywords: soil water content; river basin; remote sensing; thermal infrared; MODIS soil water content; river basin; remote sensing; thermal infrared; MODIS
►▼ Show Figures 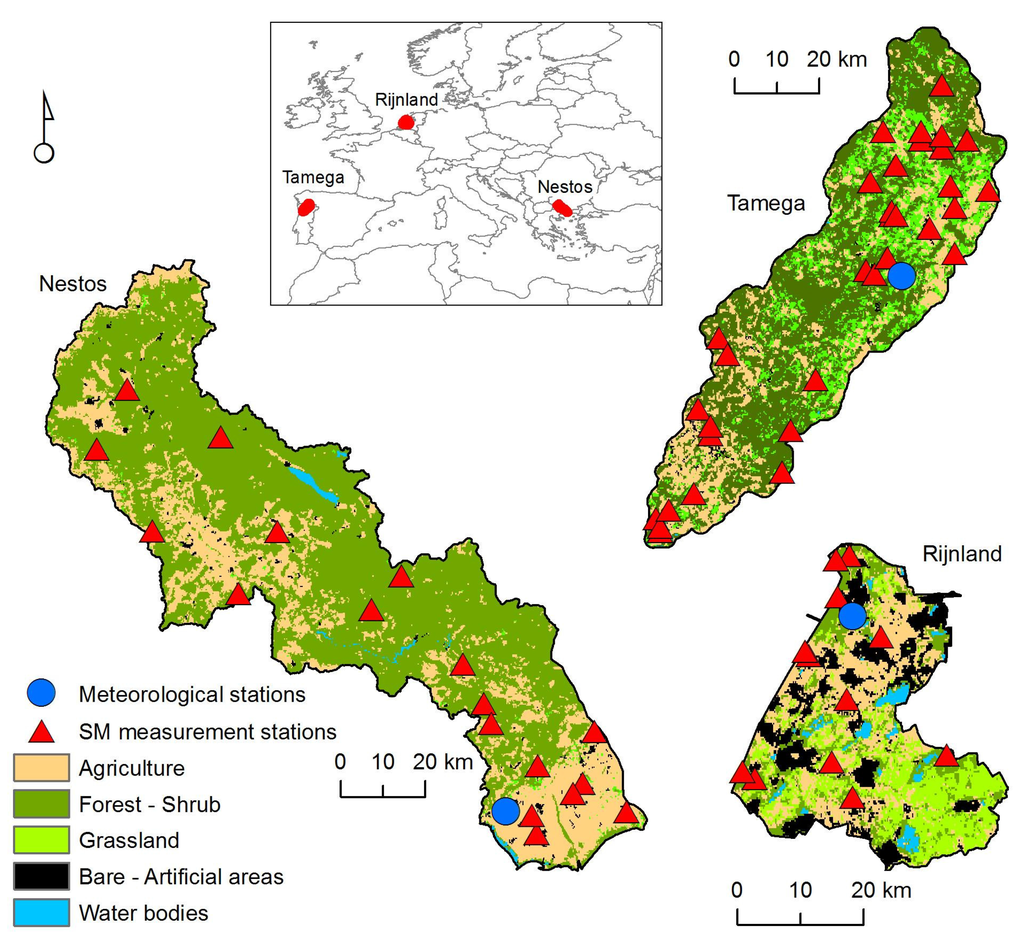