Innovation born of necessity to secure water for the U.S. state of Arizona has yielded a model of water banking that serves as an international prototype for effective use of aquifers for drought and emergency supplies. If understood and adapted to local hydrogeological and water supply and demand conditions, this could provide a highly effective solution for water security elsewhere. Arizona is a semi-arid state in the southwestern United States that has growing water demands, significant groundwater overdraft, and surface water supplies with diminishing reliability. In response, Arizona has developed an institutional and regulatory framework that has allowed large-scale implementation of managed aquifer recharge in the state’s deep alluvial groundwater basins. The most ambitious recharge activities involve the storage of Colorado River water that is delivered through the Central Arizona Project (CAP). The CAP system delivers more than 1850 million cubic meters (MCM) per year to Arizona’s two largest metropolitan areas, Phoenix and Tucson, along with agricultural users and sovereign Native American Nations, but the CAP supply has junior priority and is subject to reduction during declared shortages on the Colorado River. In the mid-1980s the State of Arizona established a framework for water storage and recovery; and in 1996 the Arizona Water Banking Authority was created to mitigate the impacts of Colorado River shortages; to create water management benefits; and to allow interstate storage. The Banking Authority has stored more than 4718 MCM of CAP water; including more than 740 MCM for the neighboring state of Nevada. The Nevada storage was made possible through a series of interrelated agreements involving regional water agencies and the federal government. The stored water will be recovered within Arizona; allowing Nevada to divert an equal amount of Colorado River water from Lake Mead; which is upstream of CAP’s point of diversion. This paper describes water banking in Arizona from a policy perspective and identifies reasons for its implementation. It goes on to explore conditions under which water banking could successfully be applied to other parts of the world, specifically including Australia. View Full-Text
Keywords: water bank; recharge; water policy; Arizona; Australia water bank; recharge; water policy; Arizona; Australia
►▼ Show Figures 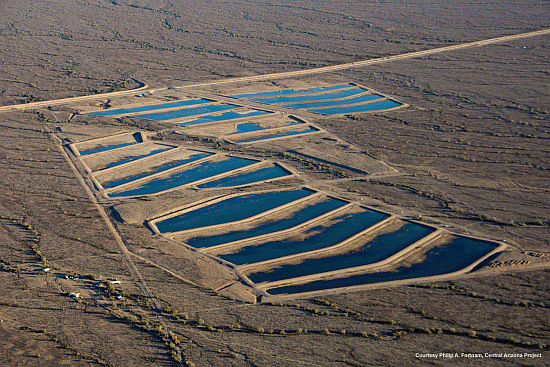