Continental vs. Global Niche-Based Modelling of Freshwater Species’ Distributions: How Big Are the Differences in the Estimated Climate Change Effects?
Previous Article in Special Issue

The tests on SGE generation by RED system was carried out by using a lab-scale RED system having 10 cm × 10 cm electrode area. The RED setup includes 2 feed tanks, one with highly saline solution and the other with a low saline solution, an electrode solution tank, peristaltic pumps to feed the solutions into the membrane stack (STT Products B.V. RED stack).
The flow sheet of the RED system is shown in Figure 2. The cross-flow mode was used where the feed streams are connected on one side of the vertically aligned stack. The potentiostat (Gamry Instruments Reference 3000) was employed for monitoring the electrochemical measurements. The RED membrane stack is formed by placing polypropylene mesh (spacer) and silicone gaskets between the sequential cation and anion exchange membranes and placing 2 Ti mesh electrodes (with Ru-Ir coating) at the beginning and end of this sequence. Salinity was measured with a portable conductivity meter (WTW Conductivity meter 3110 model)

For RED tests two different feed solutions, which were low and high saline solutions, were used. The low saline solution (LSS) contained 1 g of NaCl/L, whereas the high saline solution (HSS) 15, 30 and 45 g of NaCl/L representing artificial river water and seawater, respectively, when the effect of salt ratio was investigated. The salt solutions were prepared using analytical grade NaCl. The electrode solution was a mixture of 0.05 M of potassium ferricyanide (K3[Fe(CN)6]), 0.05 M of potassium ferrocyanide (K4[Fe(CN)6]·3H2O) (Pro analyst, Merck, Darmstadt, Germany) and 0.25 M of NaCl. The volumetric flow rate of the solution in electrode compartment was kept constant in all experiments at 300 mL/min. All solutions were prepared using deionized water having a conductivity of 10–15 µS/cm. The technical information about the RED system is shown in Table 2.

In this study, effects of the number of membrane pairs, ratio of salinities and feed flow rate on the open circuit voltage, power and power density produced in the RED system were investigated. For these studies, homogeneous Fujifilm AEM Type 2 and CEM Type 2 ion exchange membranes were used for parametric studies. Properties of these membranes were given in Table 3. The number of membrane pairs was changed as 3, 5 and 7 pairs. The ratio of salinity gradient was changed as 1:15, 1:30 and 1:45 (g of LSS:g of HSS). Feed linear flow rates (flow velocities) differed as 0.208, 0.417, 0.625 and 0.833 cm/s. The study of each parameter was performed in three replicates. The given results are based on the average result of three tests.

The RED membrane stack contains n number (i.e., 3, 5 and 7 pairs) of membrane pairs and one additional cation exchange membrane. This cation exchange membrane (CEM Type 2) was added to the membrane stack to prevent leakage of the electrode solution (K4Fe(CN)6 and K3Fe(CN)6 salts) through the membranes in the stack, and to allow the circulation at the electrode compartments only. Thus, the effect of the extra membrane on power generation should be excluded to calculate the gross power density of only membrane pairs. This is done by performing the blank tests where only one CEM was in the stack and only the electrode solution was fed. Afterward, the I.V values of the blank tests were subtracted from the ones of the tests including this extra membrane. The blank test was repeated several times before each set of experiments to ensure that the I.V behavior was maintained at a constant flow rate and concentration of electrode rinse solution.

Open circuit voltage and current–voltage analysis were performed by the chronopotantiometric method. The voltage value calculated at the zero current value gives the highest voltage value, in other words, it is called the open circuit voltage (OCV).
The generated electrical power (W) was found by multiplying each current (I) with the potential difference (V) corresponding to this current (Equation (1)).
To exclude the effect of extra cation exchange membrane in the stack, the products of V·I determined in the blank tests were subtracted from these power values. Later, the maximum power value was determined and corrected for the total membrane area to calculate the maximum power density. The calculation of maximum power density (W/m2) was carried out using Equation (2) and it is the power divided by the total active membrane area (m2) [29]. where Pgross is the gross power density (W/m2), P is power (W), A is an effective membrane area of only one membrane (m2) and N is the number of membrane pairs. The voltage value calculated at the zero current value gives the open circuit voltage.

Operational parameters were grouped properly to see the effect of the membrane pair, feed solution, salinity ratio and linear flow rate of the feed solution on power density and open circuit voltage. General results of the study were given in Table 4. Power and maximum power density values were determined after the subtraction of V·I values obtained in blank tests. Error bars were very small; thus they were not included in Table 4 for clarity. In all parametric graphs presented in the next sections, the error bars were included although they were not visible because of their insignificant values.

3.1. Effect of Number of the Membrane Pairs on SGE Production

To examine the effect of the feed solutions flow rates, the feed solutions were fed to the RED system at four different velocities such as 0.208, 0.417, 0.625 and 0.833 cm/s. The power density vs. current density graphs were illustrated for seven pairs of membrane in Figure 6. Only when seven pairs of membranes were used, the highest velocity provided the highest power density for each salinity ratio (Figure 6). For the membrane pairs of 3 and 5, it is observed that it was difficult to reach a clear result for the impact of the feed flow rate on power density by Fujifilm AEM Type 2 and CEM Type 2 membranes. The highest maximum power density was observed at different velocities regardless of the membrane pairs and salinity ratio. As there was no clear relation with the number of membrane pairs and salinity ratio, it could be realized that one should carefully analyze the behavior of RED system when there was a case of change in the flow rates for different membrane pairs and salinity ratio. The OCV values in Table 4 for four different linear flow rates were very close to each other, therefore it could be realized that the open circuit voltage did not exhibit a strong relation with the feed flow rate in accordance with the explanation above. In fact, a clear direct relation between the flow rate and OCV was expected such that larger volume flow rates promote slower change in concentrations for both HSS and LSS resulting in a higher cell potential (i.e., OCV) [31]. Nevertheless, optimization of intermembrane thickness is possible that affects the pumping power and thus the net power (i.e., electrical power subtracted by hydrodynamic loss due to transport of fluids) [32].
In the case of seven membrane pairs, the behavior of direct proportion is observed between the flow velocity and power density when 1:15 and 1:30 salinity ratios were used because higher feed flow velocities promoted more ionic migration over each ion exchange membrane. However, the salinity ratio of 1:45 provided closer values of power density but no clear relation between the power density and the flow velocity (Figure 6). High salt content in HSS compartment might exhibit concentration polarization effects and thus caused different power densities at different flow velocities. Another possible cause for this situation is the reduction in membrane permselectivity at highly concentrated salt solutions thus restricting the power generation [33].

To investigate the effect of the salinity ratio of low saline to high saline solution, the low saline solution was kept constant as 1 g/L, while the salinity of the high saline solution was changed to 15, 30 and 45 g/L. These salinity ratios were studied for 3, 5 and 7 membrane pairs and linear flow rates of 0.208, 0.417, 0.625 and 0.833 cm/s. The power density vs. current density plots for each membrane pair were shown in Figure 7, Figure 8 and Figure 9. In all of the salinity ratio studies examined for each flow velocity and membrane pair, it was found that the power densities increased by the increase in the salinity ratio as also predicted by the Nernst equation in which the potential was directly proportional with the activity (concentration) ratio of salt solutions. In addition, OCV values in Table 4 showed an increase with increasing salinity ratio at the same experimental conditions (i.e., at the same flow velocity using the same number of membrane pairs). Both from the power density and OCV values, it could be deduced that salinity ratio had a strong correlation with the generated power density and had the primary impact in the RED performance.
It is also worth mentioning that the value of maximum power density obtained in this work was reasonable when compared to the other previous work [29]. At the same operating conditions except the intermembrane distance (i.e., the same number of membranes: 5, salt ratio: 1:30 and flow rate: 0.417 cm/s), Fujifilm membranes exhibited half the power density value (0.29 W/m2) of the one obtained by Ralex membranes (0.60 W/m2). When higher electrical resistance of Ralex membranes but thinner intermembrane distance is considered, the obtained value of power density becomes valid.

This research was funded by TÜBİTAK, grant number TÜBİTAK 117M023.

This research has been financially supported by bilateral collaboration program (TUBITAK-NCBR-2549) between Turkey and Poland (Project No: TÜBİTAK 117M023). We acknowledge FUJIFILM Manufacturing Europe BV for sending us Fujifilm AEM Type 2 and Fujifilm CEM Type 2 membranes for our tests. E. Altıok is grateful for the PhD scholarship of Turkish Higher Education Council (YÖK 100-2000). 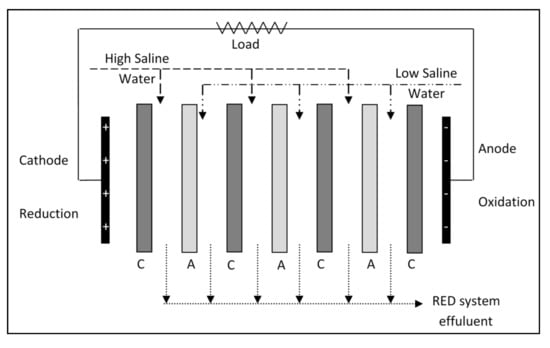 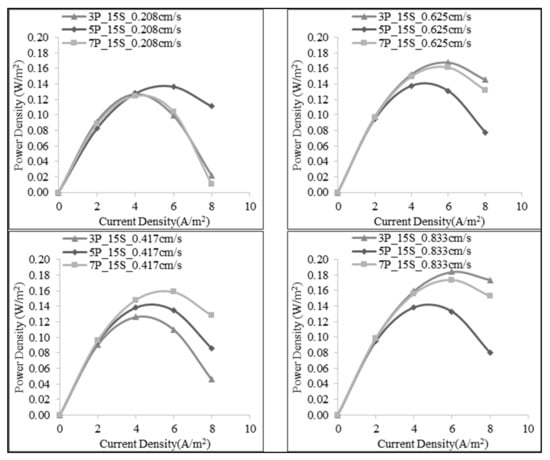 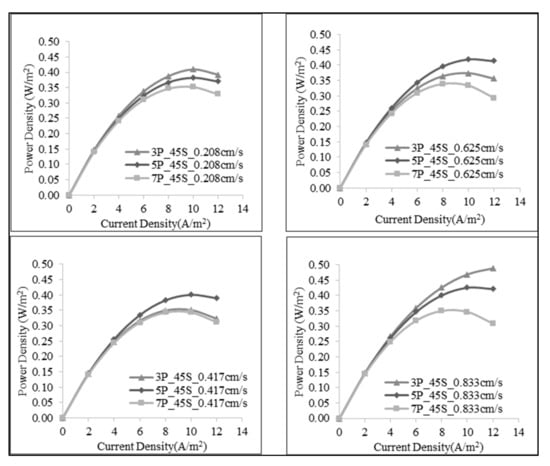 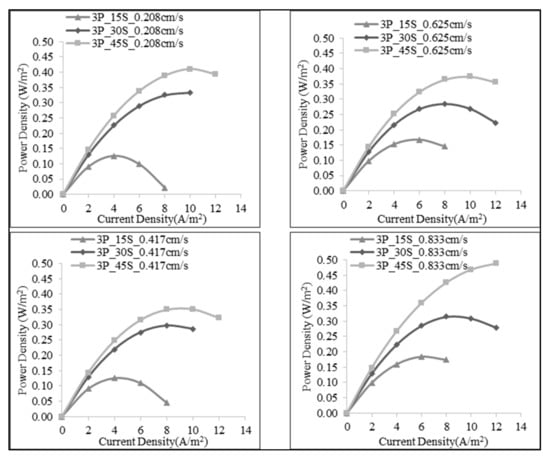 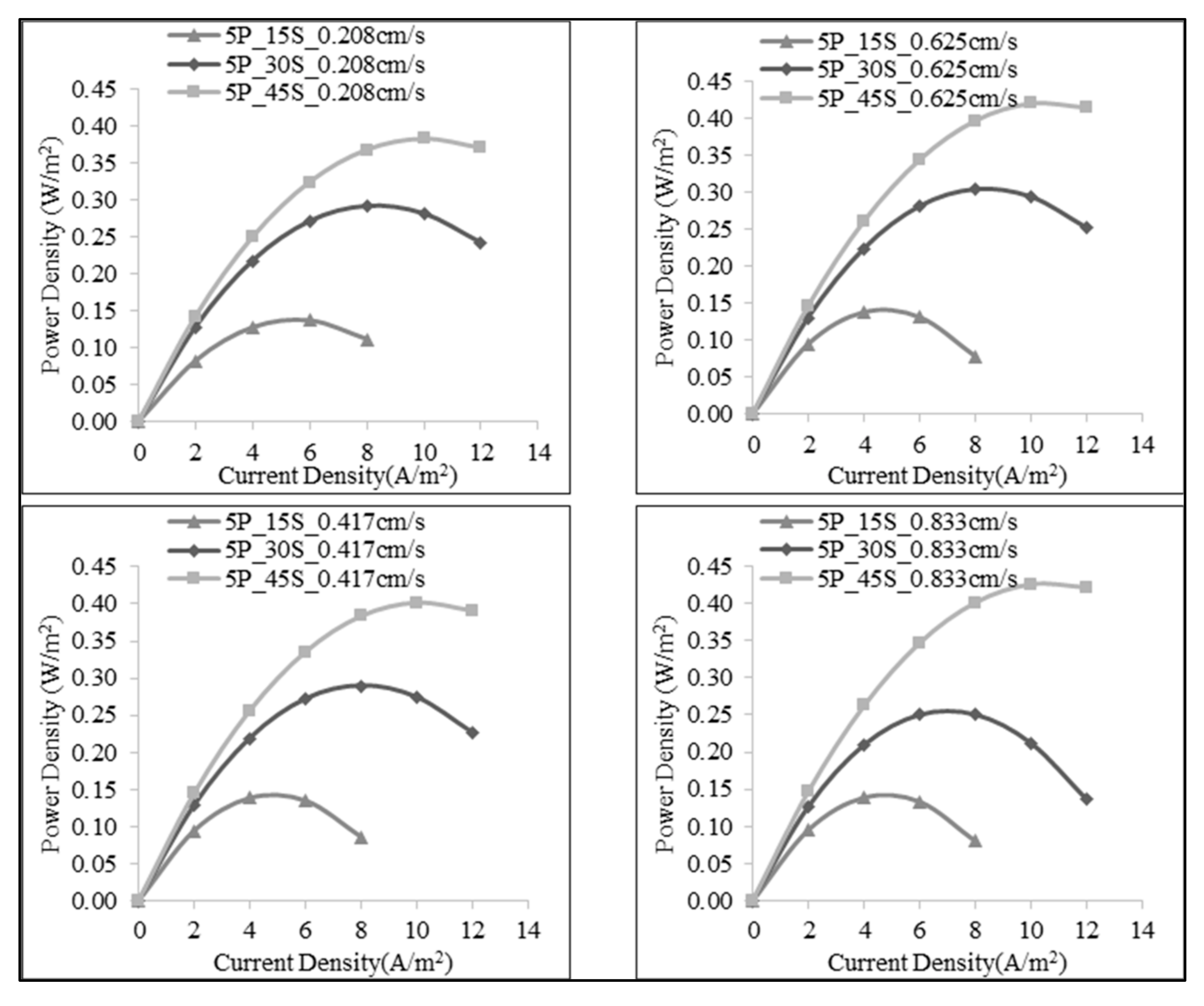 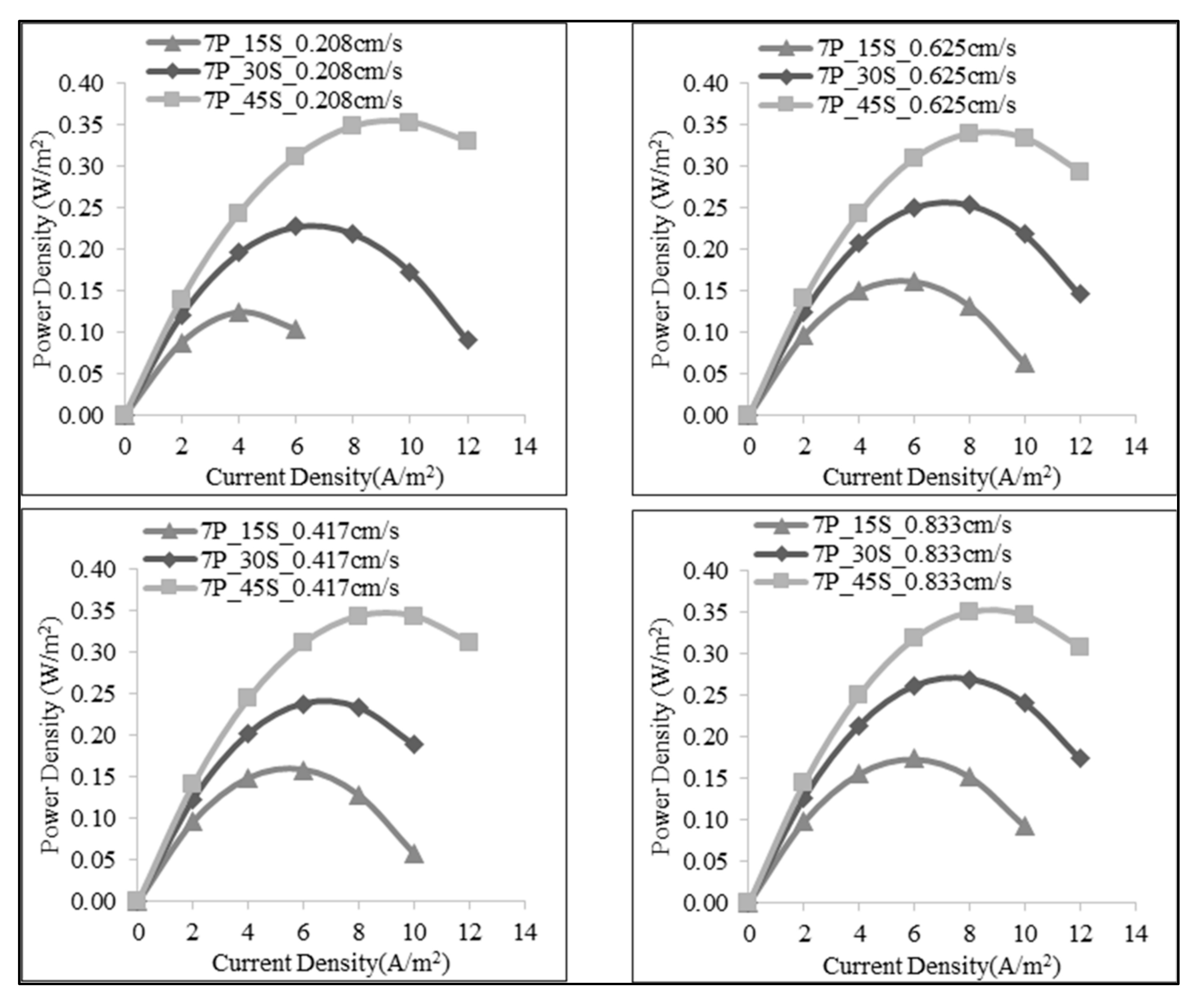