Sugarcane Industrial Byproducts as Challenges to Environmental Safety and Their Remedies: A Review
Previous Article in Journal

Considering the ever-increasing role of rare-earth elements (REE) in the modern hi-tech field, their effective use has tremendous significance, although the production process is inevitably linked to the large volumes of industrial ammonia effluents and heavy metal wastes. In the process of metallurgical separation of metals, the emission of large volumes of noxious gases and radioactive substances is inevitable. Lean technogenic raw material processing is sensible under the condition of the development of non-waste technology. The lack of competent regulations governing the disposal of waste containing REE has an impact on adjacent territories, accumulating in water bodies and, as a result, in the human body. Such an impact cannot pass without a trace, however, the ambiguity of opinions in the scientific community regarding the toxic effects of REE on living organisms determines the relevance of a more detailed study of this issue. The study of ytterbium ions removal from aqueous standard test solutions by the adsorptive bubble method—ion flotation—was conducted. The experiments showed that by using the ion flotation method, the maximum removal of ytterbium (III) was achieved at pH = 8.30. It was shown that ytterbium (+3) distribution coefficients as a function of aqueous phase pH value in the process of ion flotation with sodium dodecyl sulphate were derived. The comparison of values of removal pH with those of hydrate formation pH allowed to conclude that ytterbium floate as basic dihydroxoytterbium dodecyl sulphate Yb(OH)2(C12H25OSO3).
Keywords: contamination in environmental media; ion flotation; rare-earth elements; removal contamination in environmental media; ion flotation; rare-earth elements; removal

The development of REE mineral deposits provokes the leakage of pollutants that pose a danger to human life and health and severely damages the environment. The rectification of pollution consequences and environmental rehabilitation of territories is topical in the present-day world for REE mining and production areas [1]. Among the relevant areas of detailed study of the effect of REE on living organisms, the following can be distinguished: the widespread and active use of REE in industry necessitates the study of their physicochemical properties in order to prevent them from entering the environment and living organisms with disposal of hazardous waste containing REE [2,3,4,5]. In particular, to conduct ecological and geochemical zoning and allocation of territories with the presence of anomalies (the presence of REE), Tomsk Polytechnic University conducted studies of the ratio of lanthanum and cerium. The choice of such a material was due to the fact that lanthanum and cerium are light REE, and it is they that accumulate in organ tissues and blood plasma, while heavy REE are concentrated mainly in the skeleton. According to the assumptions put forward, toxic elements enter the human body through drinking water, are absorbed into the blood from the gastrointestinal tract, and then enter the thyroid gland. Part of the REE is able to linger in the lungs, which can lead to the development of chronic nonspecific inflammatory phenomena such as bronchitis, bronchiolitis, alveolitis, and pneumonia [6]. The presence of polar points of view on the effects of REE on the human body serves as the basis for studying this area [7,8,9,10,11].
This paper studies the possibility of lanthanide ion removal from diluted aqueous solutions (as exemplified by yttrium ions) by the ion flotation method using SDS as the collector agent [12]. Russia has no less than 20% of the world’s REE reserves, but the volume of extraction of raw materials is approximately 2% of the world’s extraction volume [13,14,15,16,17].
To identify the process mechanisms of metal cation removal and separation by the ion flotation method, it is necessary to know know the pH of metal hydroxo complexes formation and the pH of hydrate formation, calculated based on the Gibbs energies of hydroxo complexes and metal hydroxides formation (Table 1). The pH value of Yb(OH)2+ hydroxo complexes formation can be calculated based on the expression for instability constants [18].
A special feature of Russian raw material sources is the low REE content and complex chemical and mineralogical composition. The processing of such raw materials is unprofitable [19,20,21,22,23,24,25,26,27]. Furthermore, ore mined at the Kola peninsula (a fairly developed Arctic region in Russia) is used for production of up to 25 concentrates that are different in terms of their composition and properties [28].
According to data [21], the ion flotation method was used for removal of rare-earth and radioactive metal cations from residential wastewaters. Additionally, this method was used for removal of oil admixtures and petroleum contained in the system from wastewaters [22]. The removal ratio of ion flotation when removing metal cations from the solutions of lean technogenic raw materials achieved 100% [29,30,31,32].
The main aim is to show experimentally the possibility of extraction by ion flotation of ytterbium cations from dilute aqueous solutions and with thermodynamic calculations to confirm the shape of the extracted complex considered REE.

According to literature data, an increase of process effectiveness because of valuable components extraction from production wastes is possible when using the ion flotation method in the mining industry [18,19]. It was assumed that the decrease of REE toxicity, and the risk of damaging the environment, is presumed. In [18,19,21], the ion flotation method was offered for REE removal from apatite sulphuric acid processing products.
Ion flotation was conducted on a flotation machine (Figure 1) [30]. Two hundred milliliters of ytterbium nitrate solution with a concentration of 0.001 mol/L and dry SDS were added to the cuvette. The process continued no more than 5 min. The formed froth was broken by 5 mL of sulphuric acid solution with a concentration of 1 mol/L. The resulting froth pulp and the solution that remained in the cuvette were analyzed for REE content by using a method from [33] and for dodecyl sulphate ion content by the potentiometer method [30].

This paper studied the distribution of Yb3+ ions in solutions formed by standardized test solutions containing Yb3+ ions and a surfactant—sodium dodecyl sulphate (SDS). A flotation machine for ion flotation of lanthanide ions is shown in Figure 1. The critical concentration for micelle formation (CCM) of NaDS is 8 × 10−3 mol·kg−1 at 20 °C [29].

The results of ion flotation study of the solutions containing Yb3+ and DS− are shown in Table 2. Ytterbium cation distribution coefficients between water and organic phases was determined by the formula: .
From the experimental data shown in the table, we could conclude that Yb3+ removal did not practically take place in acidic mediums. With the increase of pH value from 4.01 to 5.50, the distribution coefficient value was just over 9.0. Not surprisingly, in this pH range, neutral and basic ytterbium dodecyl sulphates Yb(C12H25OSO3)3 and Yb(OH)(C12H25OSO3)2 float. From the resulting experimental data, it was clear that at pH exceeding 6.00, the distribution coefficient increased rapidly. This value was lower than the pH value of hydrate formation that was previously determined by us. Consequently, in the pH range satisfying the maximum removal, ytterbium floats in the hydroxide form with the admixture of neutral and basic dodecyl sulphate.

The conductometric titration method was used to determine Gibbs energy values of ytterbium (3+) hydroxide, mono- and dihydroxo complexes formation, which were −1266.74 ± 3.90 kJ·mol−1, −849.17 ± 3.03 kJ·mol−1 and −1050.47 ± 3.22 kJ·mol−1, respectively. Data for ytterbium Yb(OH)2+ dihydroxo complex formation was obtained for the first time. Interesting experimental results were obtained—using the ion flotation method, the maximum removal of ytterbium (III) was achieved at pH = 8.30. Ytterbium (3+) distribution coefficients as a function of aqueous phase pH value in the process of ion flotation with sodium dodecyl sulphate were derived. The comparison of values of removal pH with those of hydrate formation pH allowed to conclude that ytterbium floats as basic dihydroxoytterbium dodecyl sulphate Yb(OH)2(C12H25OSO3).

The study was carried out at the expense of a subsidy for the implementation of the state task in the field of scientific activity for 2021 No. FSRW-2020-0014.

The experimental data proposed in the article were obtained for the first time and have not been published before. Similar data were previously presented in the following scientific publications: 1. Lobacheva, O.L.; Dzhevaga, N.V.; Danilov, A.S. Understanding the regularities of recovering non-ferrous and rare earth metals from standard test solutions by flotation and solvent sublation. Non-Ferr. Met. 2020, V.10, 14–19. https://doi.org/10.17580/tsm.2020.10.02; 2. Dzhevaga, N.; Lobacheva, O. Reduction in technogenic burden on the environment by flotation recovery of rare earth elements from diluted industrial solutions. J. Appl. Sci. 2021, 11, 7452.

The author expresses thanks to Natalia Dzhevaga (Geo-ecology department of Saint Petersburg Mining University) for her help in preparation of this paper’s manuscript. 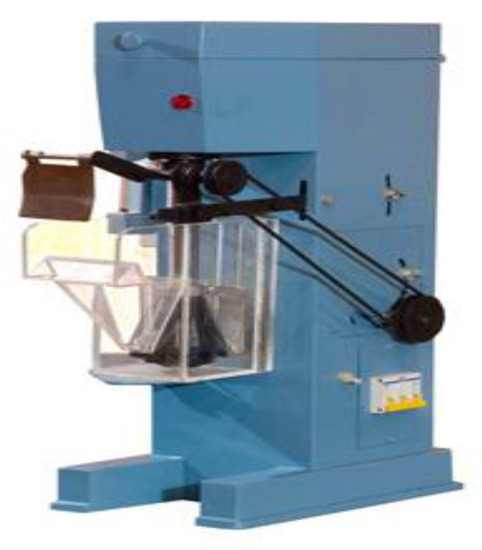 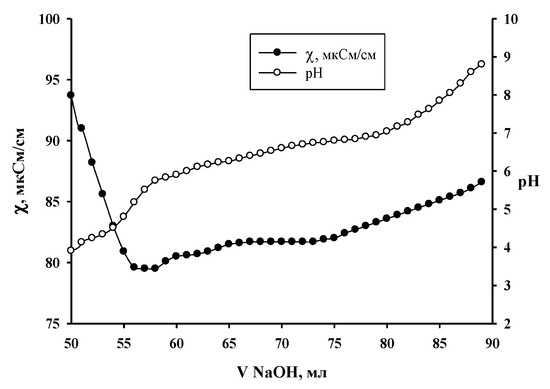 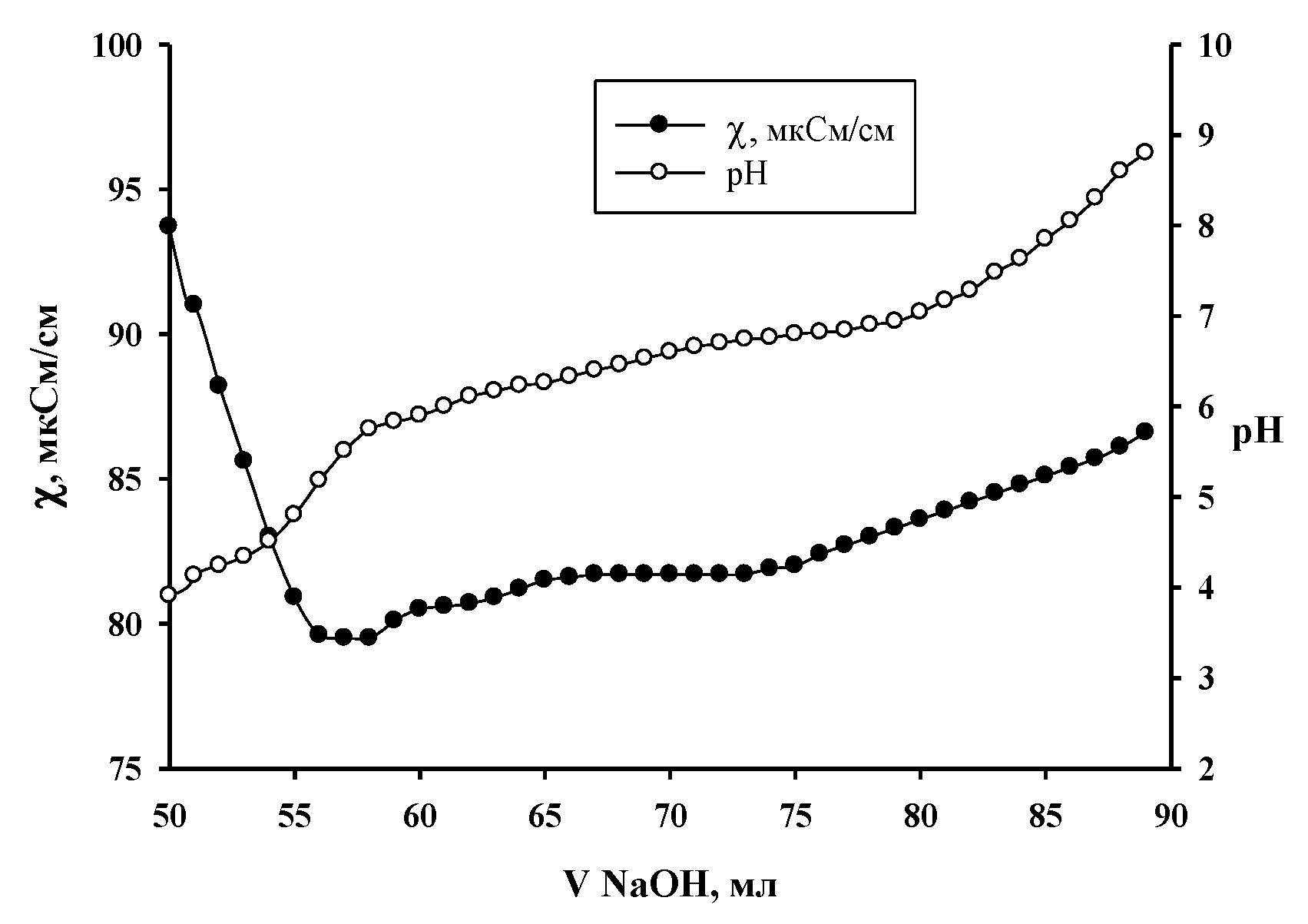 Table 3. Thermodynamic characteristics of ytterbium hydroxo compounds.
Table 3. Thermodynamic characteristics of ytterbium hydroxo compounds.
© 2021 by the author. Licensee MDPI, Basel, Switzerland. This article is an open access article distributed under the terms and conditions of the Creative Commons Attribution (CC BY) license (https://creativecommons.org/licenses/by/4.0/).
We use cookies on our website to ensure you get the best experience. Read more about our cookies here.
Accept
We have just recently launched a new version of our website. Help us to further improve by taking part in this short 5 minute survey here. here.
Never show this again